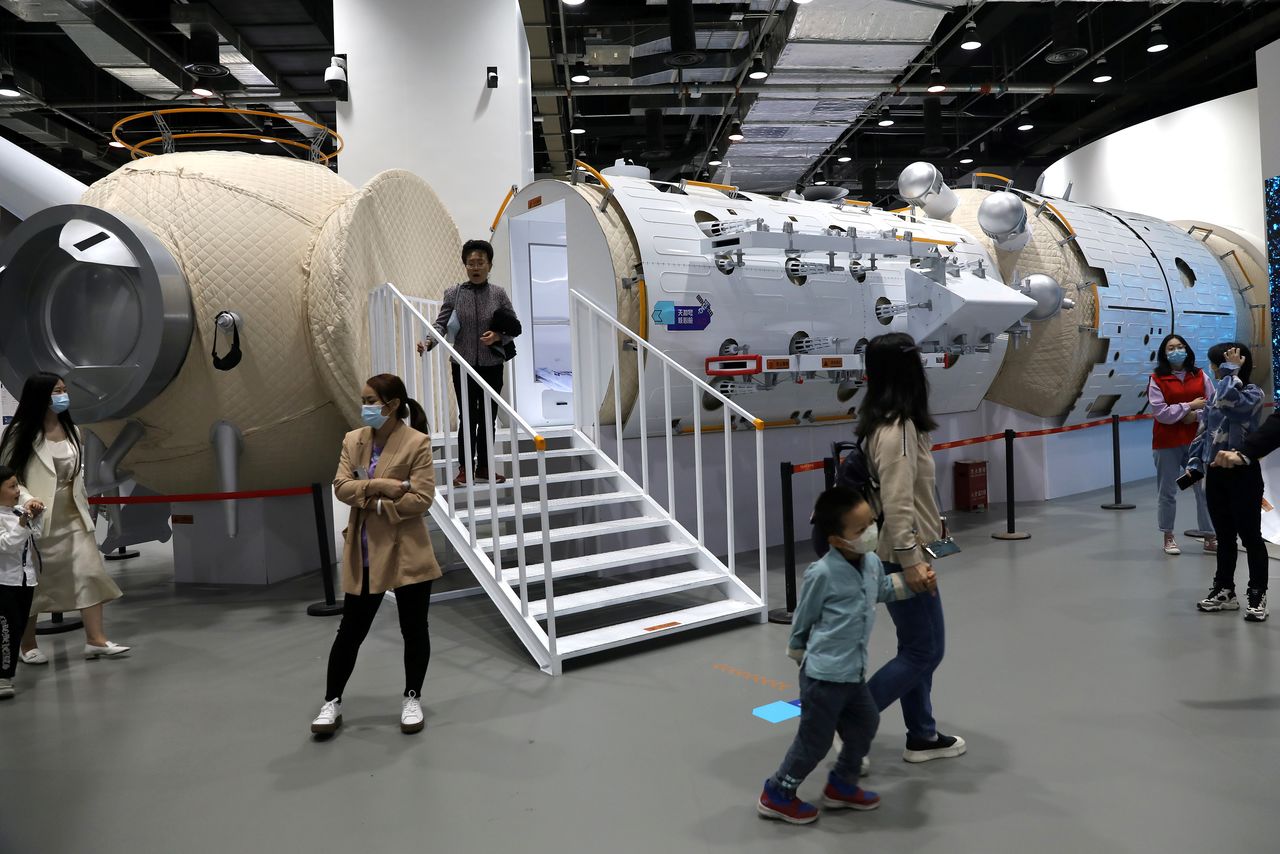 FILE PHOTO: Visitors walk near a model of the core module of the Tianhe space station at an exhibition featuring the development of China’s space exploration on the country's Space Day at China Science and Technology Museum in Beijing, China April 24, 2021. REUTERS/Tingshu Wang

BEIJING (Reuters) -China launched into orbit on Thursday a key module of its permanent space station, the first in a series of missions needed to complete the station by the end of 2022.

The three-module space station will rival the only other station in service, the International Space Station (ISS), which is backed by major countries including the United States.

In the past decade, China has conducted multiple tests via two mostly unmanned space labs, Tiangong-1 and Tiangong-2, in the run-up to the construction of the space station.

Below are the key milestones in China's space station project:

Nov. 1, 2011: The unmanned Shenzhou-8 spacecraft was launched and rendezvoused with Tiangong-1. The Shenzhou, or "Divine Vessel", was modelled after the Soyuz spacecraft designed by the Soviets in the 1960s, and is the main vehicle used by China to send its astronauts to space.

June 16, 2012: The Shenzhou-9 carrying three astronauts was launched. It docked with Tiangong-1 two days later, where the three astronauts lived and worked for nearly two weeks, a milestone effort in acquiring some technological and logistical skills and experience in running a space station.

June 11, 2013: The Shenzhou-10 blasted off with three astronauts on board. The astronauts, two men and one woman, spent 15 days on Tiangong-1.

April 20, 2017: China's first cargo resupply spacecraft, the Tianzhou-1, or "Heavenly Vessel", was launched. The automated spacecraft then docked with Tiangong-2.

April 29, 2021: China launched Tianhe, or "Harmony of the Heavens", a key module of its upcoming space station.

May 2021: China will launch the Tianzhou-2, which will rendezvous Tianhe. The uncrewed cargo spacecraft will deliver supplies for future astronauts as well as propellant.

June 2021: China will launch the Shenzhou-12 to transport three astronauts to Tianhe where they will stay for three months.