WASHINGTON/CHICAGO (Reuters) - The Biden administration faces a major dilemma in its dispute with the European Union over Trump-era steel and aluminum tariffs: back down to avoid acute pain for Harley-Davidson Inc and whiskey distillers or stick with the duties even though they are now exacerbating acute shortages for U.S. manufacturers.

The EU has threatened to double the tariffs on Harley-Davidson motorcycles, American-made whiskey and power boats to 50% on June 1, cutting off any residual hope of exports to the continent.

President Joe Biden has pledged that he will maintain the tariff protections for the steel and aluminum industries until the problem of global excess production capacity - largely centered in China - can be addressed.

His sentiments were echoed by U.S. Trade Representative Katherine Tai on Wednesday, and his Commerce secretary, Gina Raimondo, said https://www.reuters.com/article/usa-tariffs-biden/update-1-u-s-commerce-chief-metals-tariffs-helped-save-some-u-s-jobs-idUSL1N2M027O earlier this month that the tariffs "helped save American jobs in steel and aluminum industries."

Harley-Davidson has also been hit by a European court ruling that its bikes produced in Thailand will be treated as U.S. made, subjecting them to the 50% tariff as well - on top of the normal 6% tariff.

"If not for the tariffs, which are now threatening our recovering export potential, we could be investing in jobs at our American facilities," Harley Chief Executive Jochen Zeitz told an earnings call. "Instead, we are facing huge tariffs in a trade war - in a trade war not of our making."

The Milwaukee-based company is betting heavily on Europe, its second-largest market, to help fuel its turnaround strategy. But higher tariffs would give its rivals including Triumph, Honda and Suzuki a massive pricing advantage.

In Bristol, Pennsylvania, the craft distiller of Dad's Hat Pennsylvania Rye Whiskey recently managed to ship its first pallet to a European distributor in over two years after the current 25% tariffs stunted a growing export business in 2018.

"If you double those tariffs, forget about it. It would be done," Mountain Laurel Spirits LLC owner Herman Mihalich said of his export prospects.

The United Steelworkers union and the mills that employ its members are urging the administration to continue backing the Section 232 tariffs on steel and aluminum, arguing that lifting them would allow subsidized Chinese steel to flood back into the U.S. market via third countries.

USW President Tom Conway acknowledged the pain for Harley but said the protections needed to remain in place until Chinese excess capacity was reduced.

"Some people get hurt when this sort of stuff goes on. So, I understand what they're saying. But I don't think the 232 can be lifted," Conway told Reuters, adding that perhaps the issue could be settled with steel import quotas for Europe.

U.S. Trade Representative Tai told senators that she is working with EU counterparts to find a solution, but they must address the issue of excess capacity in China, which produces half the world's steel.

She said she hopes that EU officials see the problem "as serious a challenge to their ability to produce and compete in steelmaking as we see it, and working together we will be able to resolve these sets of tariffs so that we can join forces on the bigger picture."

The EU has never accepted the premise of the 25% steel and 10% aluminum tariffs imposed by former president Donald Trump in March 2018, duties based on a Cold War-era trade law to protect domestic industries deemed critical to national security.

Critics from the EU to metals-consuming industries and the U.S. Chamber of Commerce argued that the metals were commodities available in ample quantity to meet U.S. defense needs and that European producers in countries that are trusted U.S. allies present no threat to U.S. security.

Sabine Weyand, director general of the European Commission's trade section, said earlier this month that she feared the two sides were "running out of time."

When the tariffs were imposed, the steel industry looked very different from its current supply-constrained condition. Imports were flooding in, taking nearly 30% of the U.S. market, and holding U.S. Midwest hot-rolled steel spot prices below $600 per ton.

The goal of the tariffs was to return U.S. steel mills to 80% of capacity use, a level at which they could thrive, and imports sank to around 15% of the U.S. market in January.

But this week, amid severe shortages caused by the coronavirus pandemic, that spot price is pushing $1,500 a ton, making it cheaper in some cases to import steel and pay the 25% tariff, some steel users say.

Steel imports jumped 20.7% in March over February to 2.3 million tons, even though the year-to-date total was up just 3.1%, according to American Iron and Steel Institute data https://www.steel.org/2021/04/steel-imports-up-more-than-3-year-to-date-through-march.

"I think you just have a perfect storm going on in terms of capacity constraints with demand surging. And the mills, rightly or wrongly, are managing it with price," said Todd Leebow, president of Majestic Steel USA, a Cleveland-based steel service center firm that specializes in supplying American-made steel.

"If we want to go buy spot (steel) from the mills right now, we can't get it," Leebow said, adding that supplies are tight worldwide, with long waits for imports.

The industry had shut down as much as 30% of its capacity during the coronavirus pandemic, and it has been slow to reopen. Several blast furnaces shut last year remain idled, and newly built electric-arc furnace mills prompted by the tariffs have been slow to ramp up production.

The Trump administration had promised a rust belt jobs revival when it imposed the tariffs in 2018. But after rising in 2019 followed by COVID-19 shutdowns, iron and steel mill employment in February was down about 2,300 jobs from pre-tariff levels, according to Labor Department data.

Kevin Dempsey, president of AISI, which represents major steelmakers, argues that the consolidation is a sign of health and increased investment for the industry, and the current supply shortage is a temporary bottleneck being experienced by many other industries, including semiconductors.

He cited a March study https://www.epi.org/publication/why-global-steel-surpluses-warrant-u-s-section-232-import-measures by the Economic Policy Institute showing the industry has committed to $15.7 billion in new or upgraded American steel facilities since the tariffs were implemented in 2018, which will add 3,200 direct new jobs.

With the Biden administration now pushing a massive $2 trillion infrastructure plan, the demand for steel is expected to grow, and some doubt that demand can be met if the tariffs remain in place.

"It's going to become largely unaffordable to build all of these new infrastructure assets or upgrade infrastructure assets if the price of steel is $1,300 a ton," said Kip Eideberg, who heads government and industry relations at the Association of Equipment Manufacturers, which represents over 1,000 companies including Caterpillar Inc and Deere & Co.

Leebow, the Cleveland steel distributor, said he supported the Section 232 tariffs, but it was now time to modify them.

(Reporting by David Lawder in Washington and Rajesh Kumar Singh in Chicago; Additional reporting by Phil Blenkinsop in Brussels; Editing by Steve Orlofsky) 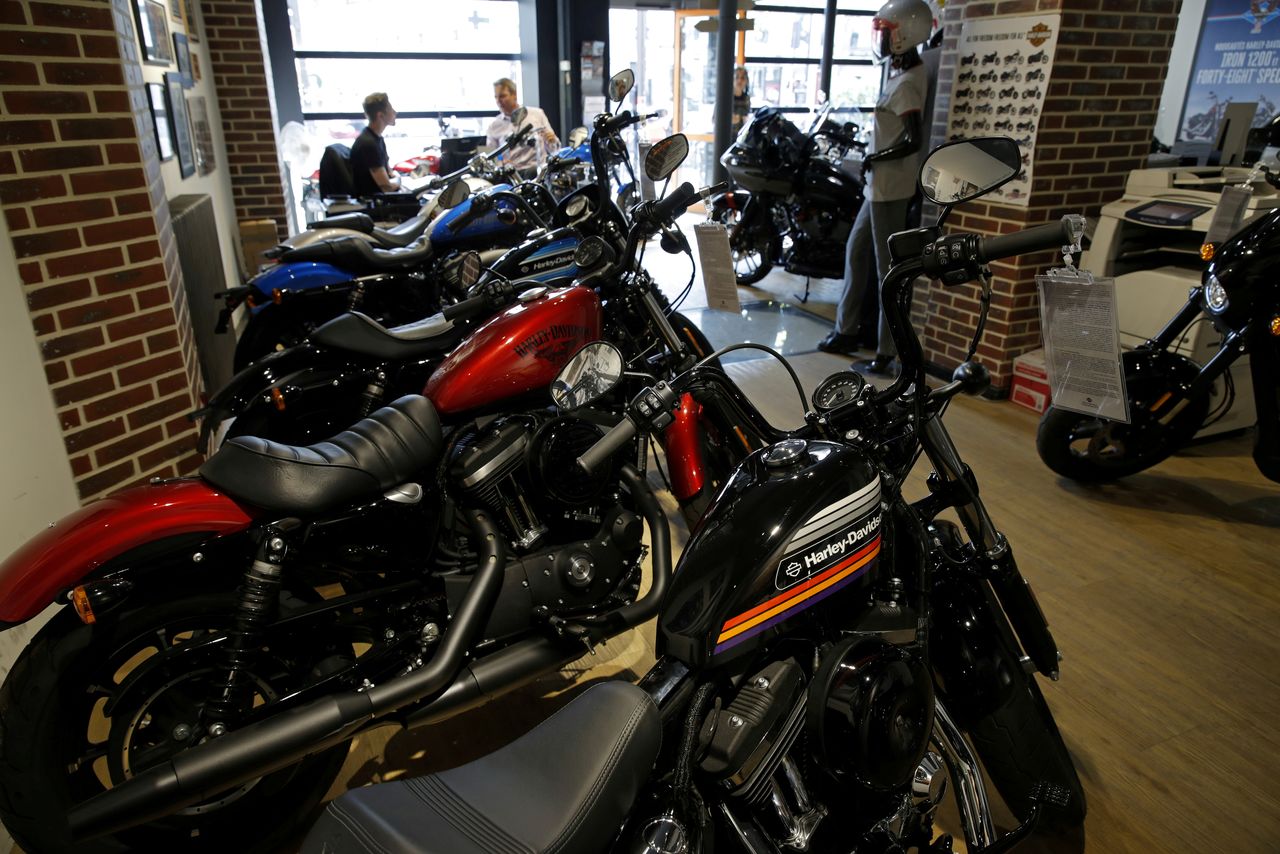 FILE PHOTO: The logo of U.S. motorcycle company Harley-Davidson is seen on one of their models at a shop in Paris, France, August 16, 2018. REUTERS/Philippe Wojazer 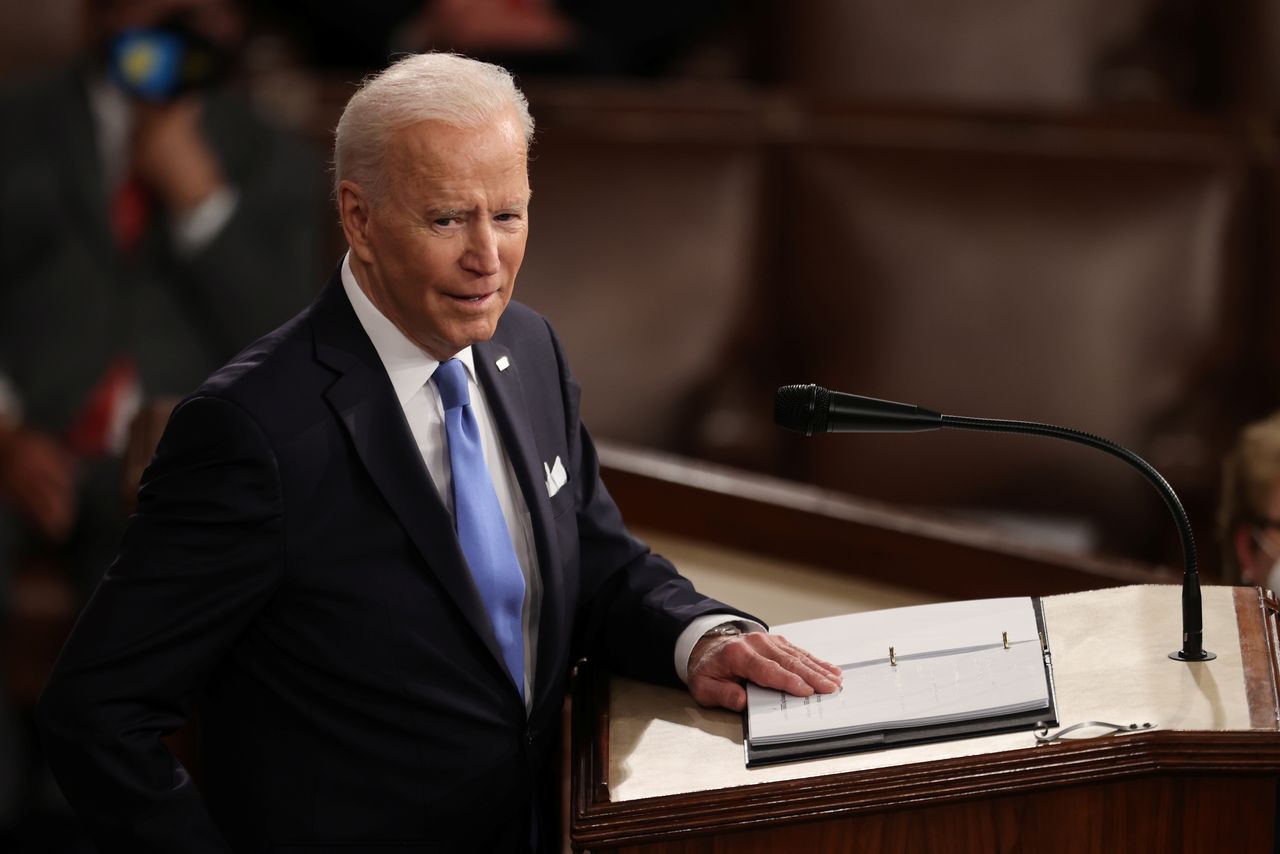 U.S. President Joe Biden delivers his first address to a socially distant joint session of the U.S. Congress inside the House Chamber of the U.S. Capitol in Washington, U.S., April 28, 2021. REUTERS/Jonathan Ernst/Pool 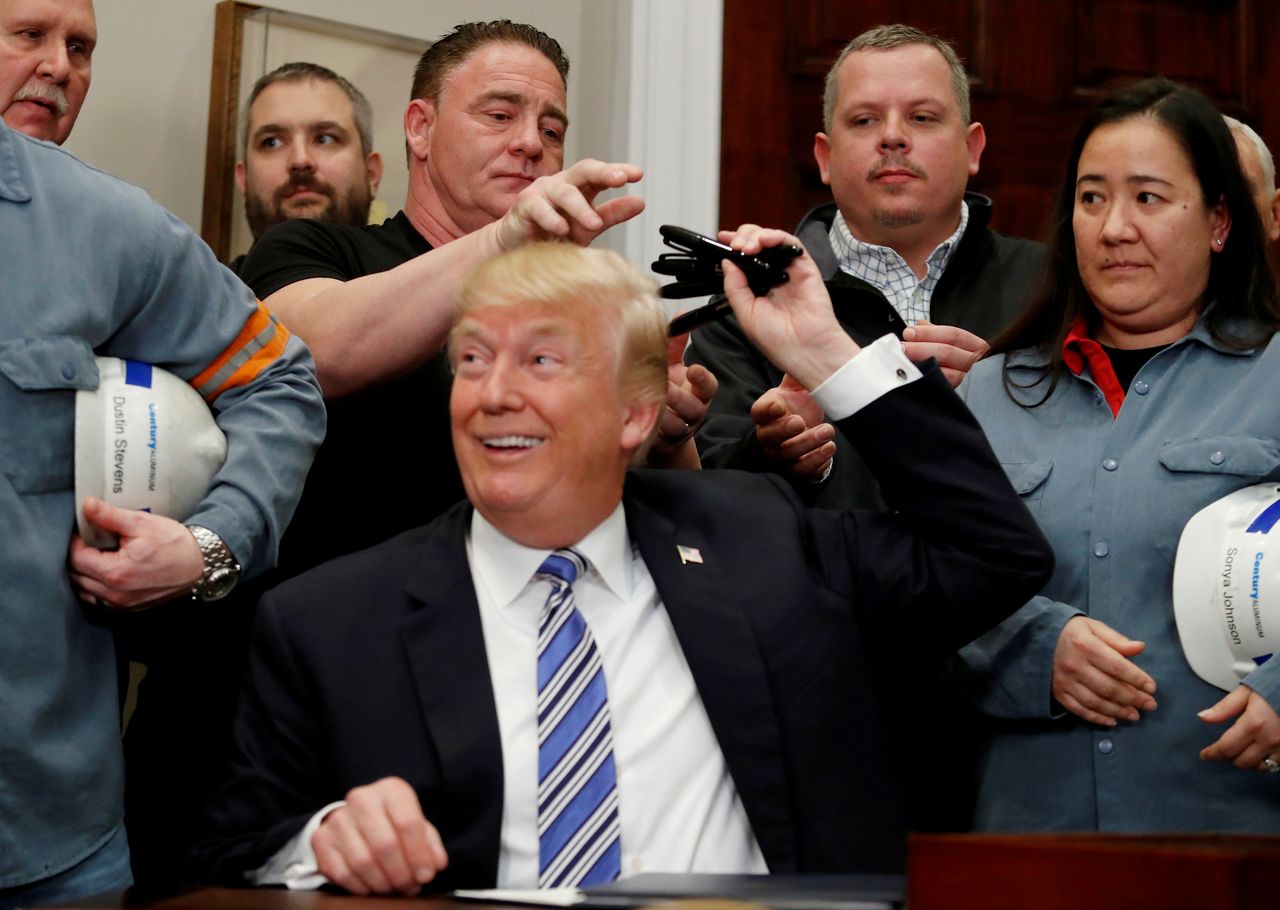 FILE PHOTO: U.S. President Donald Trump gives out pens he used to sign presidential proclamations placing tariffs on steel and aluminum imports to workers from the steel and aluminum industries at the White House in Washington, U.S. March 8, 2018. REUTERS/Leah Millis