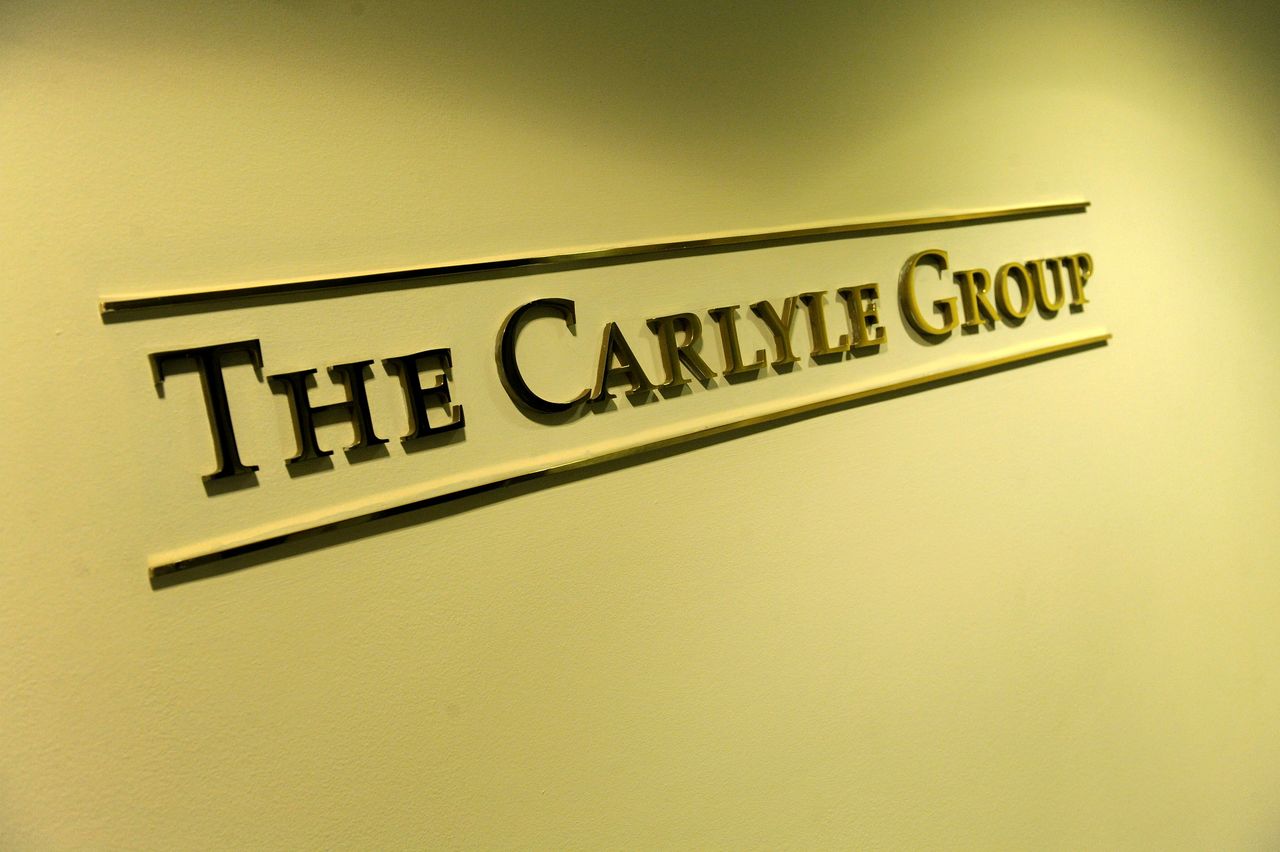 FILE PHOTO: A general view of the lobby outside the Carlyle Group offices in Washington, May 3, 2012. REUTERS/Jonathan Ernst

(Reuters) -Carlyle Group Inc said on Thursday its first quarter after-tax distributable earnings rose 23% year-on-year, driven by strong growth in asset sales from its private equity business that was partly offset by a decline in its credit unit.

Carlyle said it sold $6.4 billion worth of assets in the first quarter, allowing the firm post a net income of $869 million under generally accepted accounting principles (GAAP), compared with a $612 million loss a year earlier.

Its divestments included the sale of a majority stake in PA Consulting to Jacobs Engineering Group Inc, which valued the Britain-based advisory firm at 1.82 billion pounds ($2.54 billion).

Carlyle also exited its entire shareholding in Japanese enterprise software developer WingArc1st via an initial public offering on the Tokyo Stock Exchange for about $175 million.

"I just want to point out that a big part of the appreciation and our views on realizations are dependent in large part on the environment being healthy," Carlyle Chief Executive Kewsong Lee said in an analyst earnings call. "And to the extent that that is the case, we do expect to see a meaningful ramp-up in exit activity."

Washington, D.C.-based Carlyle reported after-tax distributable earnings of $215 million, up from $175 million in the previous year.

That translated to after-tax distributable earnings per share of 58 cents, higher than the 52 cents that Wall Street analysts estimated on average, according to financial data provider Refinitiv.

Private equity firms like Carlyle have benefited from rising corporate valuations in the public and private markets, which have allowed them to cash out investments at higher profits.

Blackstone Group, the world's largest private equity firm, also reported last week that its distributable earnings more than doubled in the first quarter owing to a surge in asset sales.

Total asset management rose to $260 billion, up from $246 billion in the previous quarter owing to the appreciation of its funds. Carlyle closed the quarter with $75 billion in unspent capital and declared a quarterly dividend of 25 cents.