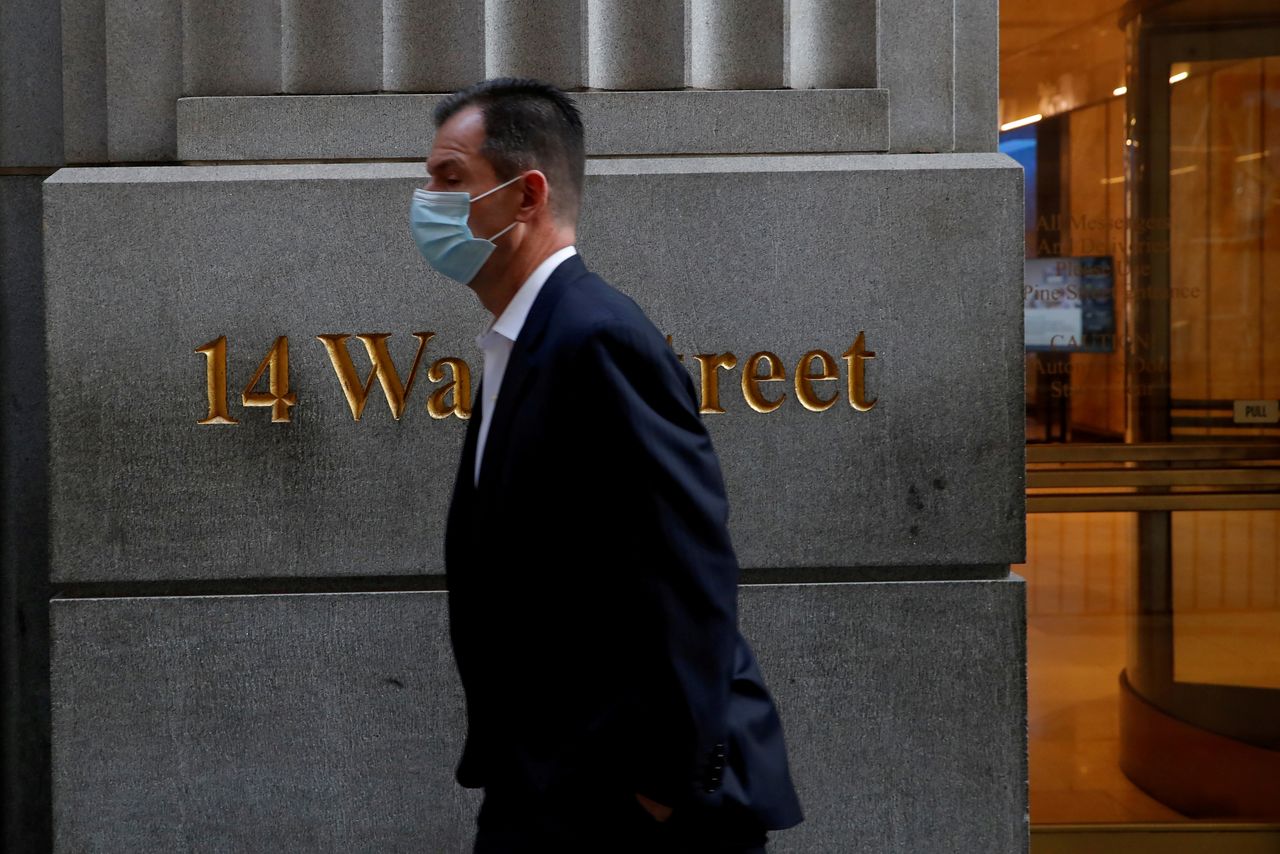 (This story corrects in 10th paragraph to reflect that T. Rowe Price is planning for employees to return to the office in September.)

(Reuters) - Wall Street financiers let out a cautious cheer on Thursday after hearing New York City aims to fully reopen on July 1, craving the meetings and meals of work life before the pandemic, but also loathing the grind of mass transit, packed office elevators and conventional business attire.

New York City Mayor Bill de Blasio on Thursday announced his intention to get things back to normal. New York Governor Andrew Cuomo, who controls reopening decisions, voiced optimism it might happen even before July 1.

If their timelines hold up, some Wall Street workers look forward to frequenting the restaurants, bars, workout studios and entertainment venues that they have missed.

"After more than a year in isolation, I am prepared to have drinks with just about anyone who breathes," said Kai Liekefett, who defends corporations against hedge fund managers pushing for changes as co-chair of law firm Sidley Austin's Shareholder Activism Practice.

"Even activists," he added.

Rob Dicks, head of Accenture’s capital markets talent and organization practice, said: "Video is an evolution ... and is effective, but there are some topics that just need to be covered face-to-face.”

Fund managers, bankers and lawyers who spoke to Reuters joked about a run on reservations at restaurants like Marea or Casa Lever, high-end Italian restaurants in Midtown Manhattan where billionaires and Wall Street bigwigs are often sighted.

At the same time, people expressed concerns about office conditions, whether companies can require employees to get vaccinated, and whether the working-from-home comforts will fly out the window.

The most populous U.S. city, New York was the early epicenter of the pandemic more than a year ago. The mayor said his optimism reflected the progress of a massive drive to get New Yorkers vaccinated.

Financial companies including JPMorgan Chase & Co and T. Rowe Price Group Inc have announced plans to have most employees back in the office by July and September respectively, while Deutsche Bank AG and others are considering allowing employees to work in the office three days a week.

"A lot of people are really nervous and aren't sure what this will actually mean," said one person at a private equity firm who is not allowed to speak publicly about internal matters.

And what about the dress code? Another person who works at a hedge fund recalled having his first in-person professional meeting since the pandemic. He wore athletic pants – a “business comfortable” attire he is not eager to abandon.

"It was very casual and I went in Lulus," he said, referring to Lululemon-brand trousers.

For others, a year of remote work has created habits so deep that they are here to stay.

Hedge-fund manager David Tawil who co-founded Maglan Capital collected his personal belongings from the office in August. He has not returned and does not plan to, even when things open up.

"I am available to travel into New York City whenever needed, but I haven't had a need," Tawil said. "I've been handling all my meetings virtually and it's been great. It's truly a new life."