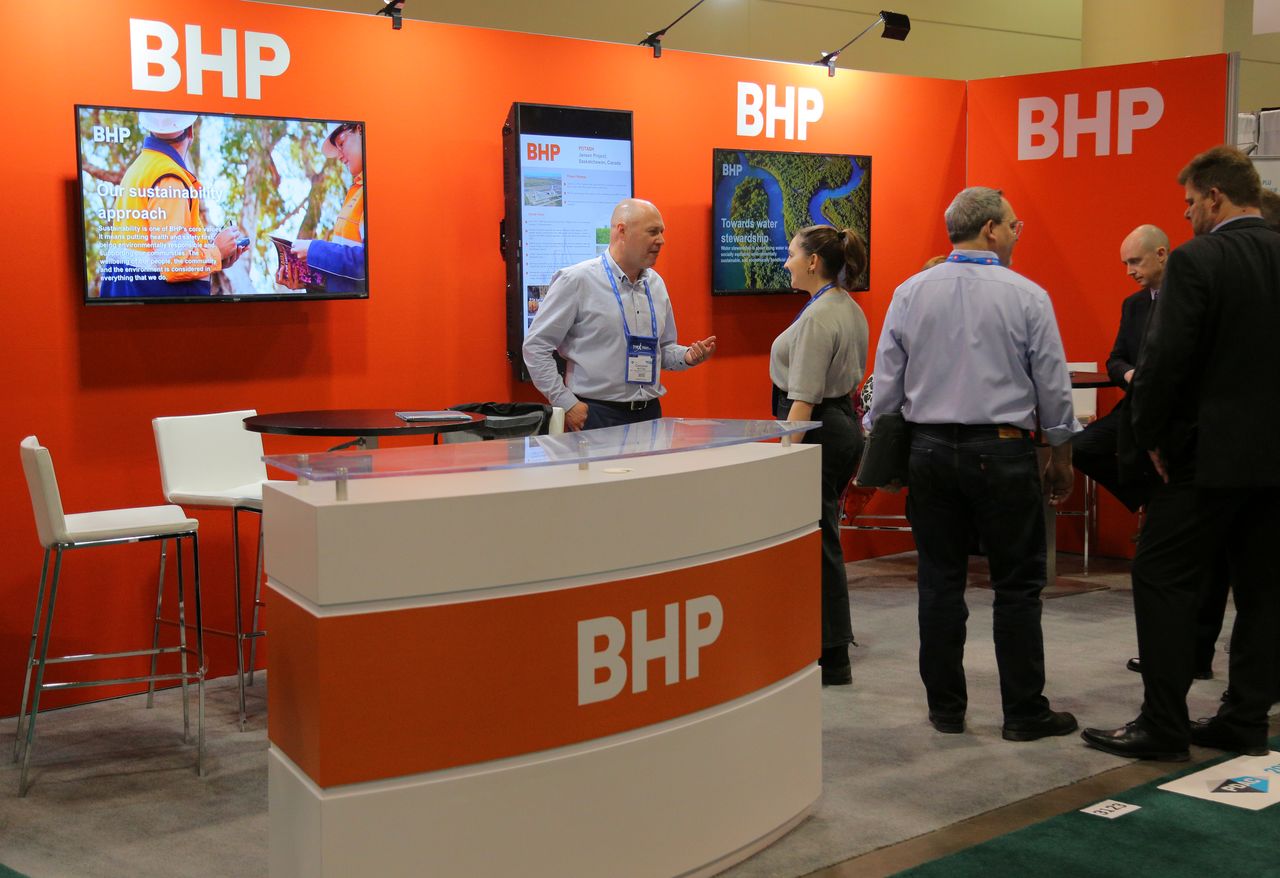 MELBOURNE (Reuters) - As BHP Group looks at options to spin off or sell its thermal coal assets, the miner is facing pressure from climate conscious investors who want divergent paths and that's even before getting to the tough task of finding a buyer.

The world’s largest miner has been in talks with stakeholders on its plans to divest the Mt. Arthur thermal coalmine, its stake in a steel-making coal project with Japan's Mitsui and a stake in a thermal coal mine in Colombia.

Some large shareholders are pushing the miner toexit immediately while other investors want a slower exit, to ensure the mine is wound down responsibly.

How BHP, which faces about $1 billion in clean up costs at Mt. Arthur alone, divests could be a template for other miners,including Glencore Plc and Anglo American whoare also mulling ways to offload coal assets.

BHP spin-off South32 agreed this month to pay up toA$250 million ($194.70 million) to smooth the sale of its SouthAfrican thermal coal business, partly funding environmentalclean up costs over a decade.

"The best thing that BHP could do is set a global precedentabout how to exit responsibly," said Tim Buckley, director ofAustrian think tank Institute for Energy Economics and FinancialAnalysis (IEEFA).

BHP said that it had rehabilitated more than 1,211hectares already at Mt. Arthur and that transparency was“fundamentally important” to any mine rehabilitation. It said itcould not speculate on the outcome of any potential divestmentof the Mt. Arthur asset.

BHP's exit from thermal coal would satisfy investment criteria laid down by Norway’s government pension fund, which owns about 5.58% of BHP’s London-listed arm.

It put BHP under observation for possible exclusion if itdid not address its use or production of coal last year beforeraising its stake after BHP announced divestment plans.

"We have been concerned that (the proposals) really aren’t well targeted to address the system risk nor are they really likely to get the company to manage that risk better," she said.

BHP is considering smaller buyers and splitting the assets, with bids due in the next few weeks, said a banker familiar with the matter who declined to be identified as the information is not public.

While it would be a coup for a small company, BHP prefers abuyer that can sustain long term responsibilities, the bankeradded.

In 2016, Rio Tinto sold its Blair Athol mine inQueensland to coal junior Terracom for A$1 along withproviding a rehabilitation fund of A$80 million.

The fund now stands at about A$50 million after the state government trimmed its rehabilitation requirements at Terracom's request and allowed Terracom to draw down A$27 million in exchange for an insurer's guarantee.

One stumbling block to a sale has been the expiration of BHP's mining licence, set for June 2026. BHP said in March it will apply to extend operations to 2045.

The miner wrote down its Mt. Arthur coal business by $1.2billion this year and took a smaller write-down on its Colombiacoal asset, Cerrejon.

A listing may also not garner the value that BHP desires,with recent coal IPOs attracting tepid demand in Australia. RBC recently valued any spin-off at $2.7 billion.

As part of any spin off, think tank IEEFA has proposedBHP set up a $1 billion sinking fund to cover futurerehabilitation liabilities.

That would see BHP maintain a controlling minority stake to prevent vulture funds stripping the fund or cashflow and with capital invested to reward shareholders with dividends and any land resale.

One institutional investor, who has been approached about the proposal via a third party, said the model carried high riskbecause it was untested and may not offer the security ofreturns his organization was looking for.

The competing shareholder pressures add to BHP's coalheadaches for a business that has become problematic for minersamid action by environmental activists and with banks andinsurers scaling back financing because of global warmingconcerns.

"The question is, how do you ensure the clean up of the messthat you have created in a socially responsible way?" said IEEFAdirector Buckley.