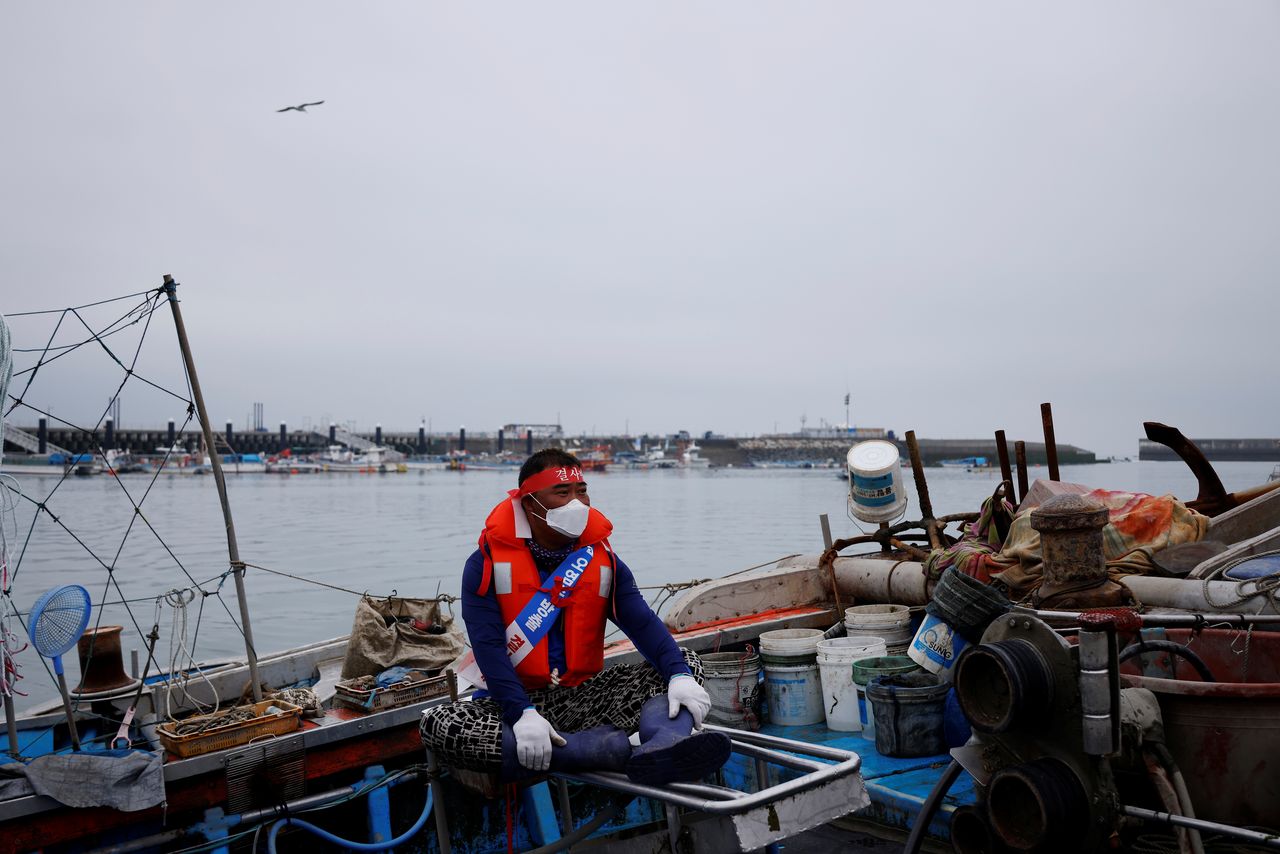 FILE PHOTO: A South Korean fisherman sits on his boat during a marine protest, part of nationwide protests to demand Japan withdraw its decision to release contaminated water from its crippled Fukushima nuclear plant into the sea, at the sea off Incheon, South Korea, April 30, 2021. REUTERS/Kim Hong-Ji

HWASEONG, South Korea (Reuters) - Hundreds of South Korean fishermen across the country held protests on Friday calling on Japan to reverse its decision to release contaminated water from its crippled Fukushima nuclear plant into the sea.

About 800 fishermen participated in rallies at ports in nine cities, according to South Korea's National Federation of Fisheries Cooperatives.

At one port, at Gungpyeong on the west coast, fishermen held anti-Japan banners and chanted slogans such as "Withdraw Japan's decision" and "Condemn irresponsible nuclear attack”. Twenty fishing boats with banners denouncing Japan's decision sailed near the port.

"My father bequeathed this sea to me and I’m going to pass it on to my son, who is also fishing," said Park Re-seung, chief of Yongdu-ri fishing village, who has worked in the fishing industry for 38 years. "Why is Japan doing this? How could they do such a bad thing against the sea? Don’t they eat fish?"

Japan said this month it will release more than 1 million tonnes of contaminated water into the sea from the plant crippled by an earthquake and tsunami in 2011 after filtering it to remove harmful isotopes.

The plan drew immediate opposition from its neighbours South Korea, China and Taiwan.

"For us, this issue is about making our living," Park added. "If the customers continue to see the news of the water release, they wouldn’t be even buying fishes that we caught here."