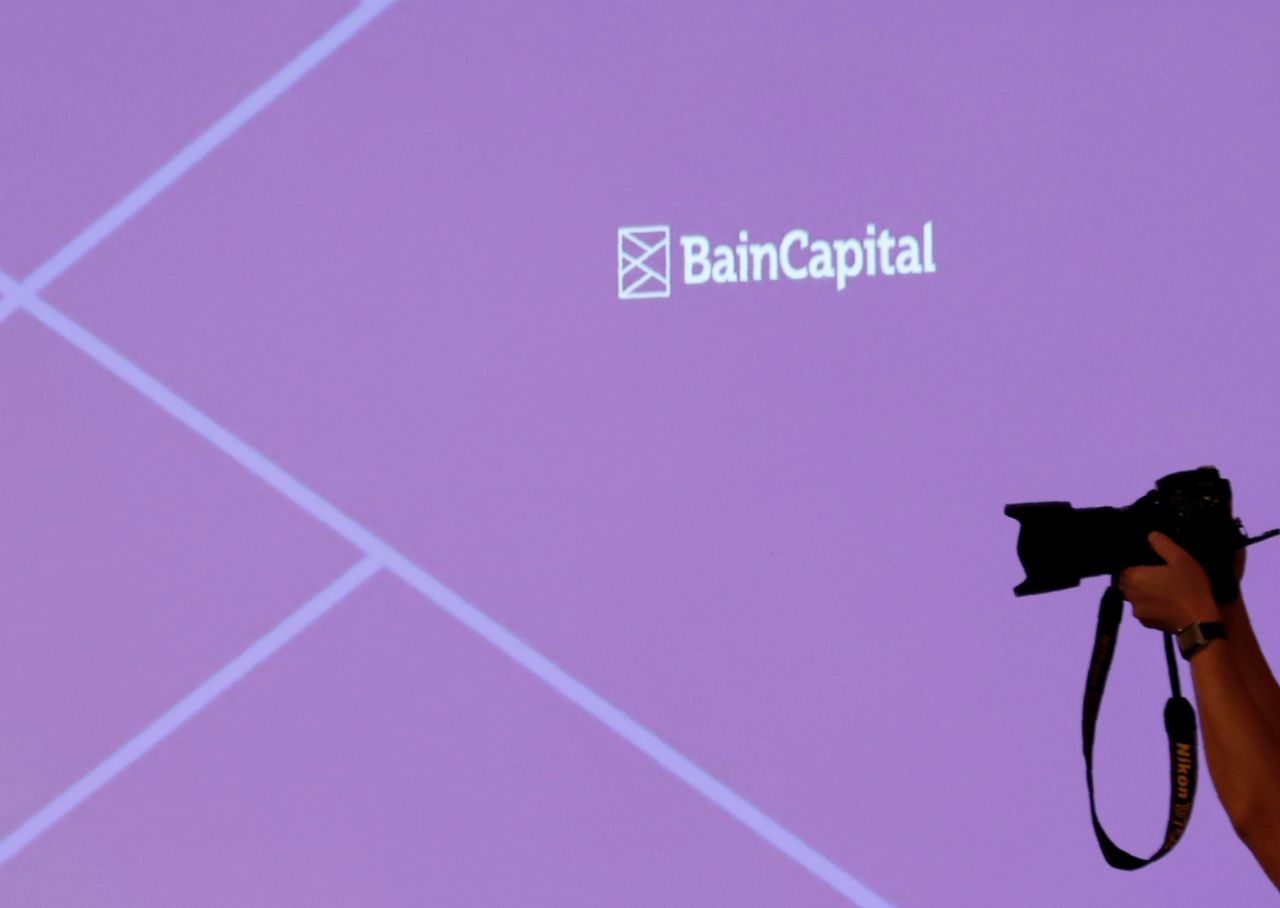 FILE PHOTO: The logo of Bain Capital is displayed on the screen during a news conference in Tokyo, Japan October 5, 2017. REUTERS/Kim Kyung-Hoon

The fundraising comes amid a rebound in dealmaking activity among private equity firms as the rollout of COVID-19 vaccines has boosted global economic prospects and markets.

Bain's latest fund will seek to invest in a broad range of assets from consumer and healthcare companies to technology firms mainly in North America.

"We will continue to find interesting, transformational deals by leveraging our global resources and experience, our sourcing network, and vertical industry depth," John Connaughton, co-managing partner at Bain Capital, said in an interview.

The prior Bain Capital Fund XII, which had collected $8 billion from investors and raised an additional $1.4 billion from employees, made investments such as Virgin Australia airline, industrial firm Imperial Dade, and chipmaker Kioxia Holdings, which was carved out of Japanese conglomerate Toshiba Corp in 2017.

That fund succeeded the Bain Capital Fund XI, which had raised $7.3 billion from investors and its dealmakers.

Based in Boston, Bain Capital has more than $130 billion in assets under management across private equity, credit, real estate, technology, life science, and public market holdings.