ABOARD AIR FORCE ONE (Reuters) -President Joe Biden has settled on a new approach to pressuring North Korea to give up nuclear weapons and ballistic missiles that will explore diplomacy but not seek a grand bargain with North Korean leader Kim Jong Un, the White House said on Friday.

Complete denuclearization of North Korea remains the goal, she said, but she noted that the past four presidents had been unable to get Pyongyang to forswear nuclear weapons.

The Biden policy attempts to strike a middle ground between the policy pursued by Biden's most recent predecessors.

Republican Donald Trump held three summit meetings with Kim but achieved no breakthrough other than a pause in nuclear and intercontinental ballistic missile tests that has lasted since 2017.

"Our policy will not focus on achieving a grand bargain, nor will it rely on strategic patience," Psaki said.

Instead, the United States will pursue a "calibrated practical approach that is open to and will explore diplomacy with" North Korea and making "practical progress" that increases the security of the United States and its allies, she said.

North Korea, so far, has refused diplomatic entreaties from the Biden administration. Pyongyang wants the United States and its allies to lift economic sanctions imposed over its weapons programs.

Psaki did not provide details of what the administration's next step might be beyond discussions with allies. Biden met Japanese Prime Minister Yoshihide Suga two weeks ago and is to meet South Korean President Moon Jae-in on May 21 at the White House.

The United States had consulted with South Korea throughout the policy review process and Washington had informed Seoul of its conclusions in advance, the South Korean foreign ministry said.

"The two countries will discuss the direction of North Korea policy at the scheduled summit and meeting of foreign ministers in May and continue cooperation to have the North Korea-U.S. talks resumed shortly."

"But the details will matter greatly to assessing how successful the administration might be with this 'new approach.' Not sure there’s much to say until we see more," she said.

There are ongoing concerns that North Korea might return to testing of nuclear devices. North Korea launched two suspected ballistic missiles into the sea near Japan in March.

The White House did not say whether it will offer concessions to get North Korea to return to talks.

The Biden administration has simultaneously signaled a hard line on human rights, denuclearization and sanctions, while making diplomatic overtures that officials say have been rebuffed by Pyongyang, which has long demanded sanctions relief. 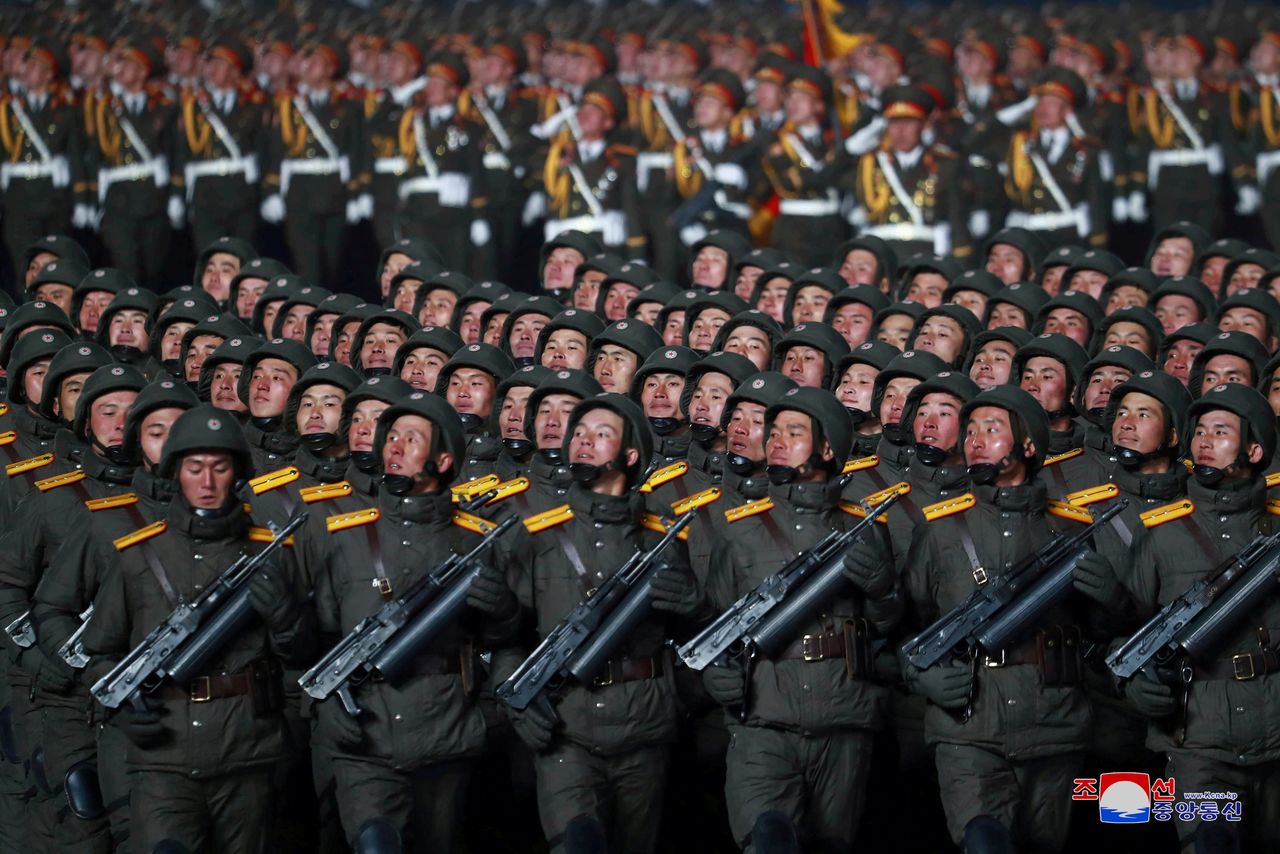 FILE PHOTO: Troops march during a military parade to commemorate the 8th Congress of the Workers' Party in Pyongyang, North Korea January 14, 2021 in this photo supplied by North Korea's Central News Agency (KCNA). 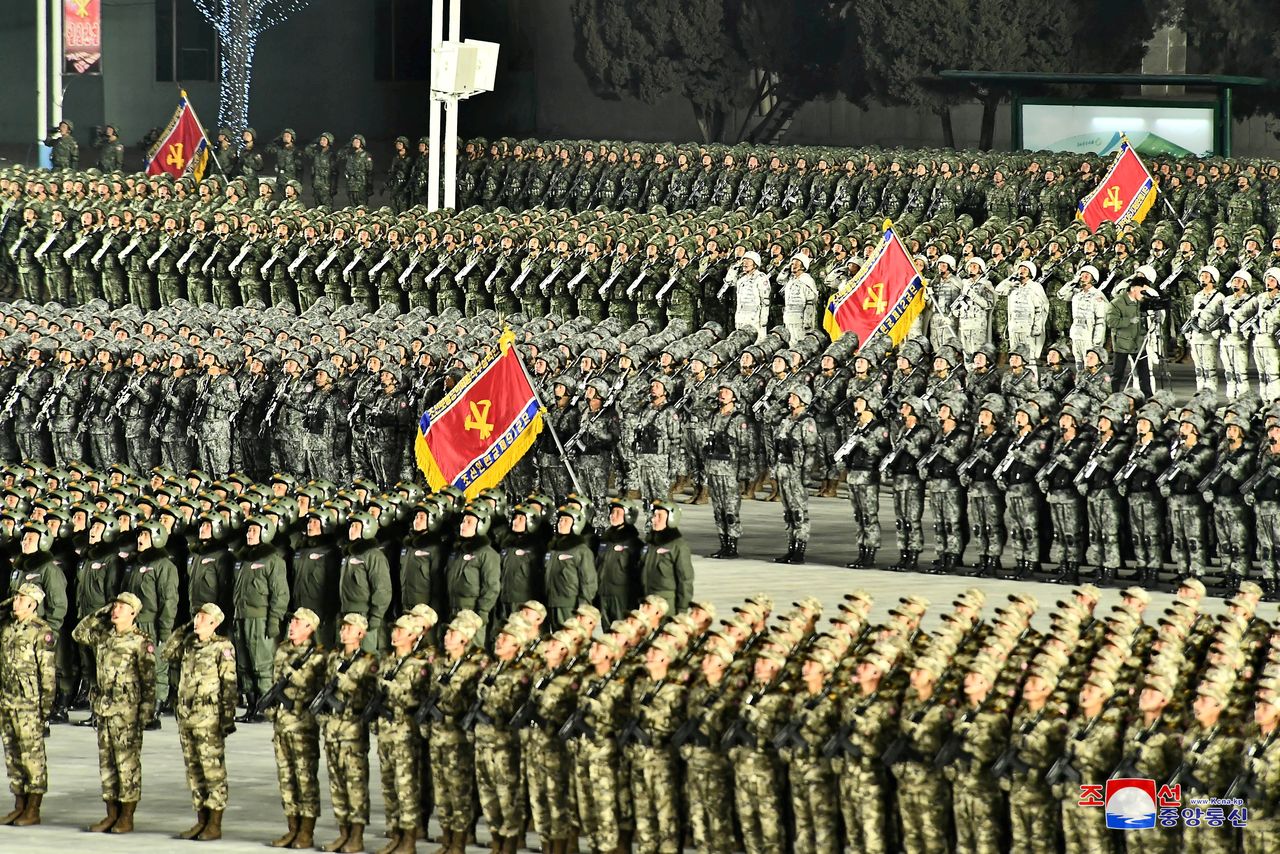 FILE PHOTO: General view of a military parade to commemorate the 8th Congress of the Workers' Party in Pyongyang, North Korea January 14, 2021 in this photo supplied by North Korea's Central News Agency (KCNA). KCNA via REUTERS 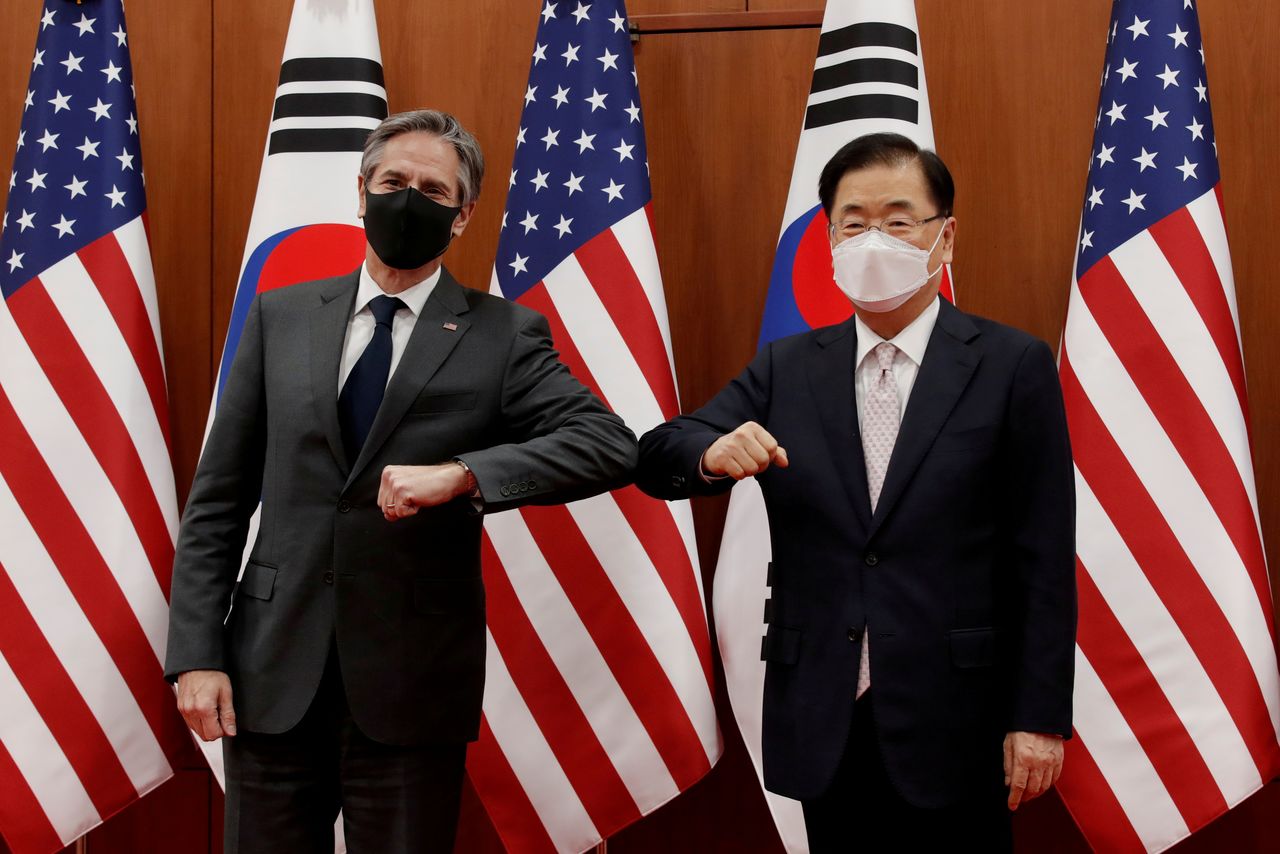 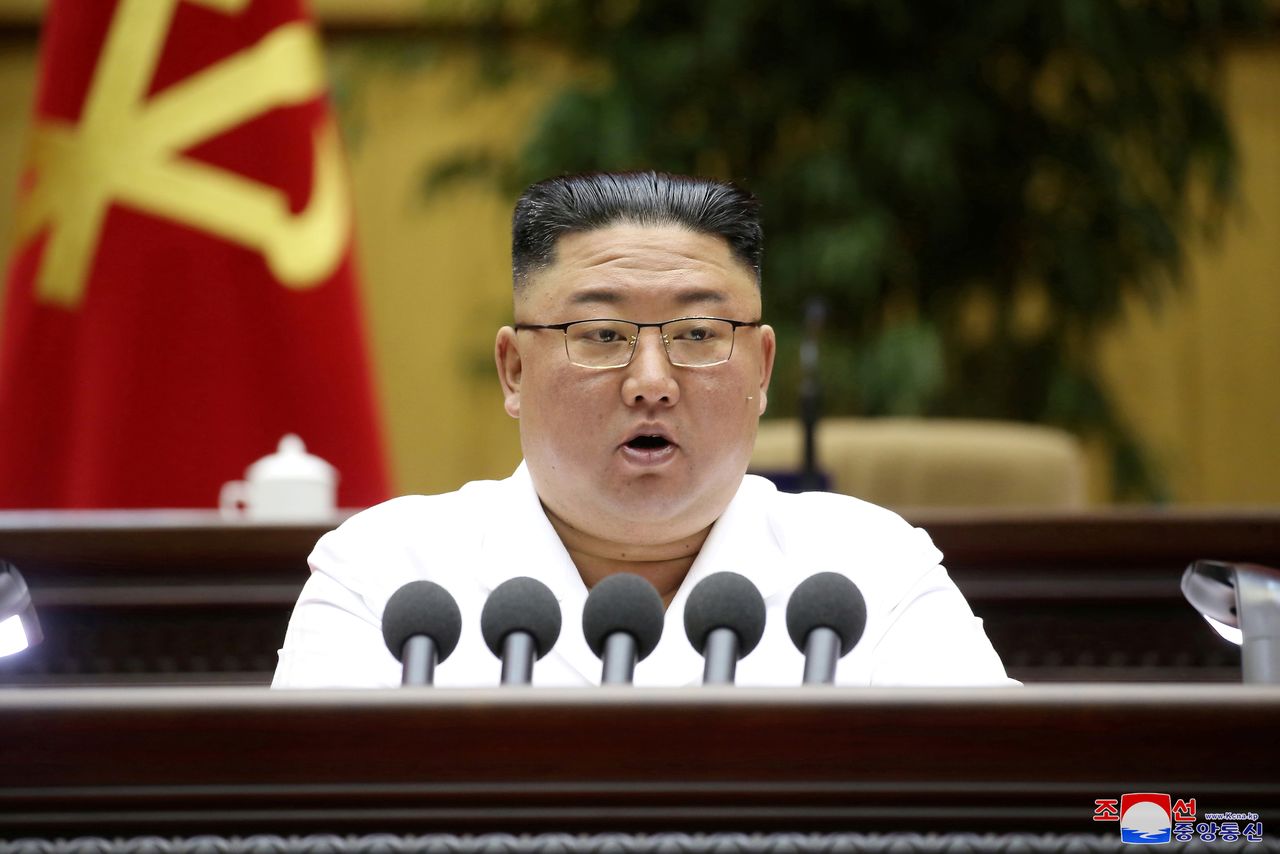 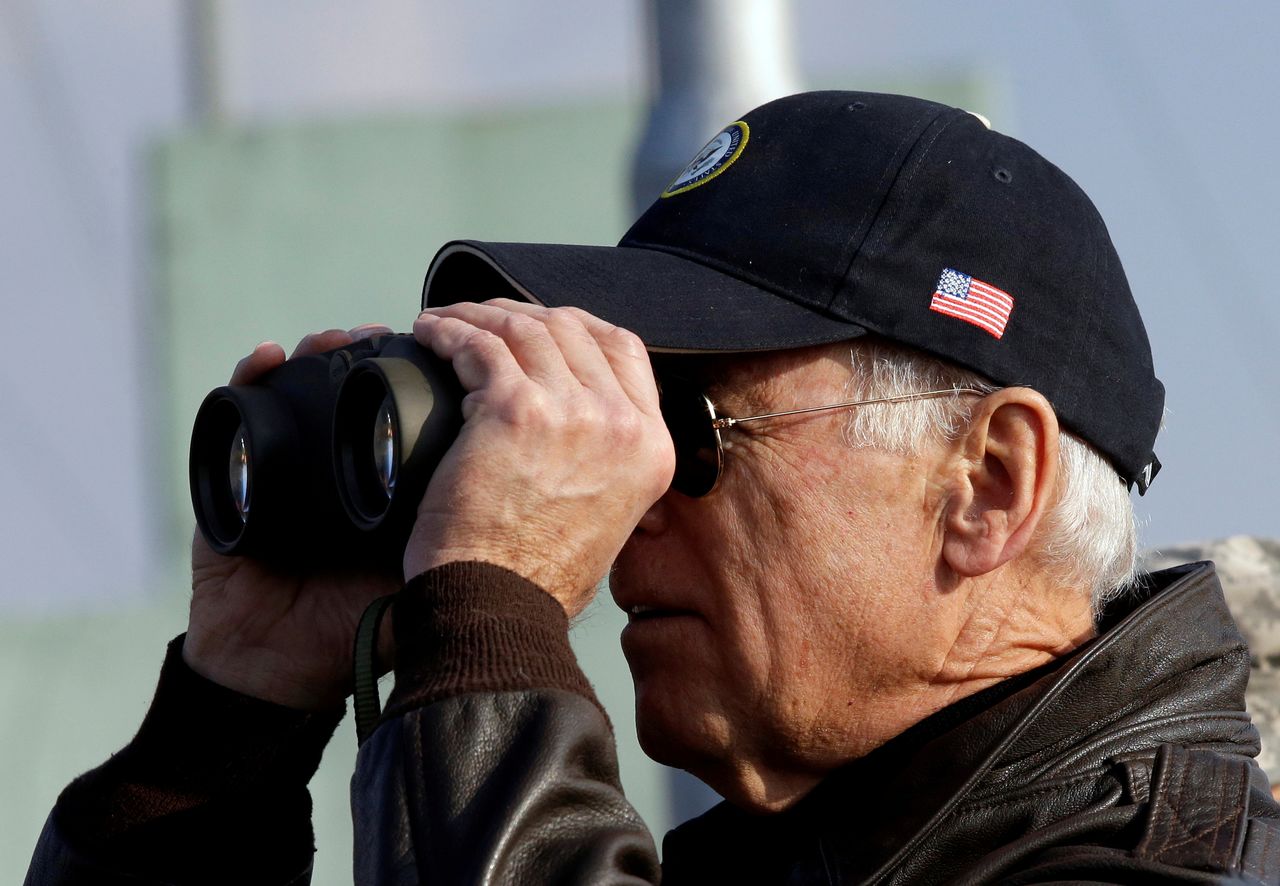