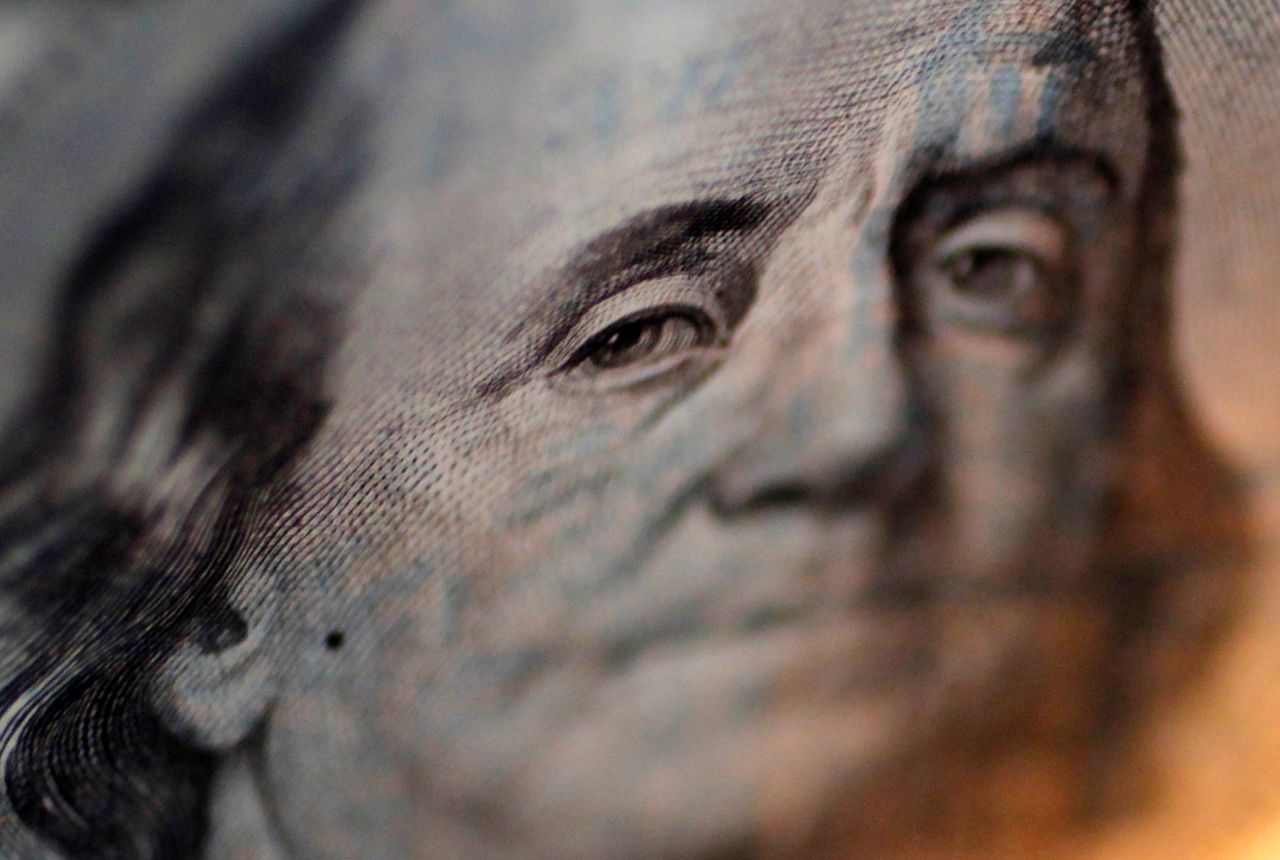 A portrait of Benjamin Franklin on a U.S. One-hundred dollar bill is pictured at Interbank Inc. money exchange in Tokyo, in this September 9, 2010 picture illustration. REUTERS/Yuriko Nakao/File Photo

NEW YORK (Reuters) - The dollar slipped against a basket of currencies on Monday, ceding some of the ground gained in the previous session, as U.S. Treasury yields retreated and lackluster data weighed on the American currency

The dollar index, which measures the greenback against a basket of six currencies, was down 0.3% at 90.969.

The U.S. dollar's sharp rally on Friday may not be the start of a broader rebound, Shaun Osborne, chief currency strategist at Scotiabank, said in a note.

"It would take strong additional gains this week to tilt the risk towards a recovery in the USD and its early form is not promising," Osborne said.

Bearish sentiment toward the dollar is on the rise after a brief pullback. U.S. dollar net short positioning rose this week to the highest level since late March, according to calculations by Reuters and Commodity Futures Trading Commission data released on Friday.

The U.S. economy is doing better but is "not out of the woods yet," U.S. Federal Reserve Chair Jerome Powell said on Monday in remarks that flagged an upcoming central bank study documenting the disproportionate blow suffered by the less educated and working parents during the coronavirus downturn.

The dollar fell against the euro on Monday after a survey showed euro zone factory activity growth surged to a record high in April, boosted by burgeoning demand and driving a rise in hiring, although supply constraints led to an unprecedented rise in unfulfilled orders.

Comments by Luis de Guindos, the European Central Bank's vice president, also helped the euro. The ECB can start to phase out emergency stimulus measures when the pace of coronavirus vaccinations reaches a critical level and the economy picks up speed, he told an Italian newspaper.

Trading in foreign exchange markets was thinned by holidays in Japan, China and Britain, which kept a lid on volatility.

The Australian and New Zealand dollars were firmer on Monday, though not enough to completely recoup Friday's losses.

Foreign exchange traders will be looking to labor market data out later this week to read the health of the U.S. economic recovery and to gauge how the Fed may respond to improving data. Central bank policy meetings are also scheduled this week in Australia, Britain and Norway.