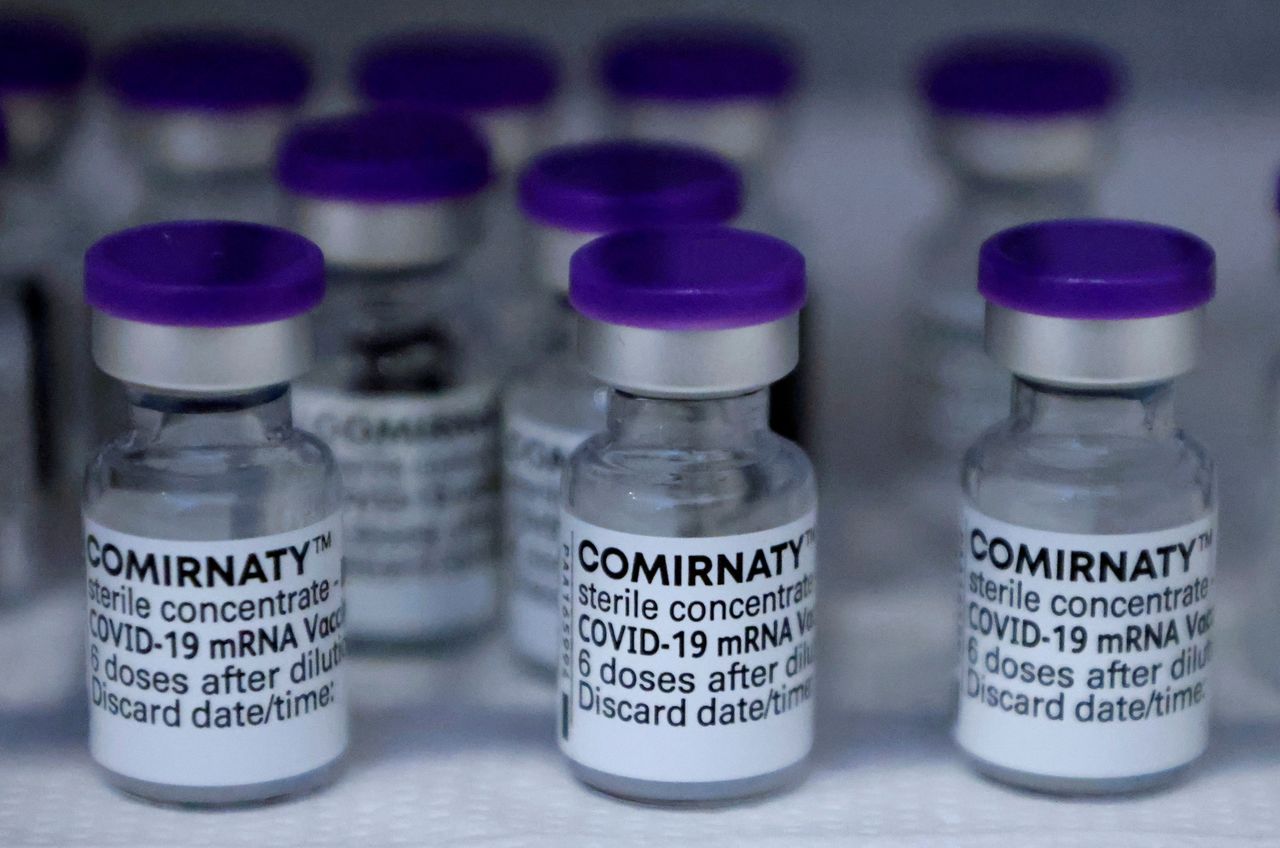 NEW DELHI (Reuters) - Pfizer Inc said on Monday it told the Indian government that there was no concern over the safety of its COVID-19 vaccine, as the country insists on small local trials for foreign shots despite a record surge in infections and shortage of doses.

The government in mid-April made it easier for foreign vaccines approved in the West and Japan to sell in India, though companies would still have to initiate a local clinical trial within 30 days of receiving emergency use authorization. Previously, companies were required to do the trial prior to approval.

India has invited Pfizer, Johnson & Johnson and Moderna Inc to sell their vaccines to the country but none have applied to do so yet.

Pfizer, however, said it is holding fresh talks with the government after having withdrawn its initial application in February over the earlier local trial rule.

"Pfizer’s application for emergency use authorization was supported with data that shows an overall efficacy rate of 95% with no safety concerns," a company spokeswoman told Reuters, when asked if it had sought an exception even to the current trial rule in its discussions with the government.

She added that the safety and efficacy data had been backed by regulatory authorities in the United States, Britain, Japan and the World Health Organization - agencies that India endorses.

Pfizer, which produces the vaccine with German partner BioNTech SE, reiterated that it would supply doses only through government contracts.

It said doses could be stored in ultra-low-temperature freezers for up to six months, in the shippers for up to 30 days by refilling them with dry ice every five days, or in common refrigeration and freezer units for five days.