G7 mulls a message to China: the West ain't over just yet

LONDON (Reuters) -The Group of Seven rich democracies will on Tuesday discuss ways of countering challenges from China and Russia without trying to contain Beijing or escalate tension with the Kremlin, two of its top diplomats said.

Founded in 1975 as a forum for the West’s richest nations to discuss crises such as the OPEC oil embargo, the G7 is debating responses to the two vast and increasingly assertive countries as well as the COVID-19 pandemic and climate change.

"It is not our purpose to try to contain China or to hold China down," U.S. President Joe Biden's secretary of state, Antony Blinken told reporters on Monday ahead of the first in-person G7 foreign ministers meeting since 2019.

He said the West would defend "the international rules based order" from subversive attempts by any country, including China.

China is the focus of discussions on Tuesday morning while afternoon talks will turn to Russia, including how to respond to a troop manoeuvres on the border with Ukraine and the imprisonment of Kremlin critic Alexei Navalny.

China’s spectacular economic and military rise over the past 40 years is seen by diplomats and investors as the most significant geopolitical events of recent times, alongside the 1991 fall of the Soviet Union which ended the Cold War.

The G7 combined is still packs a powerful punch: it has about $40 trillion in economic clout and three of the world's five official nuclear powers.

Russia was included in what became the G8 in 1997 but was suspended in 2014 after annexing Crimea from Ukraine. China, now the world's second largest economy, has never been a member of the G7.

Britain will seek to agree decisive action from G7 partners to protect democracies at a time when it says China's economic influence and Russian malign activity threaten to undermine them.

"The UK’s presidency of the G7 is an opportunity to bring together open, democratic societies and demonstrate unity at a time when it is much needed to tackle shared challenges and rising threats," British Foreign Secretary Dominic Raab said.

Longer term, there are deep concerns in both Washington and European capitals about how the West should act towards both Beijing and Moscow, which both argue that Western criticism is unjustified and counter-productive.

Blinken said the United States would prefer more stable ties with Russia but that much depended on how Russian President Vladimir Putin decided to act, especially in theatres such as Ukraine which Blinken will visit later this week.

"We have reaffirmed our unwavering support for the independence, sovereignty and territorial integrity of Ukraine," Blinken said.

"We're not looking to escalate: we would prefer to have a more stable, more predictable relationship. And if Russia moves in that direction, so will we."

The ministers will lay the groundwork for Biden's first scheduled trip abroad since taking office: a G7 summit in Britain next month.

In addition to the G7 members Canada, France, Germany, Italy, Japan and the United States, Britain has also invited ministers from Australia, India, South Africa and South Korea this week. 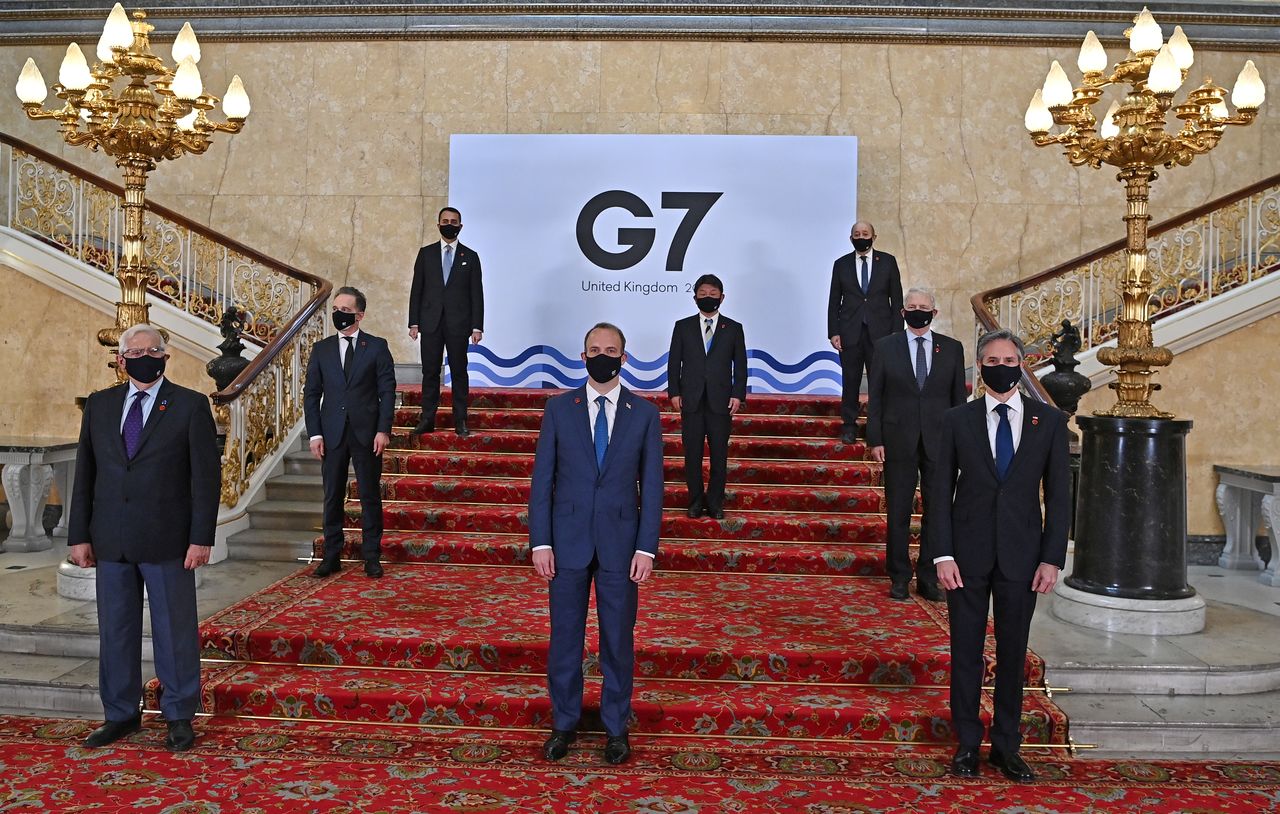 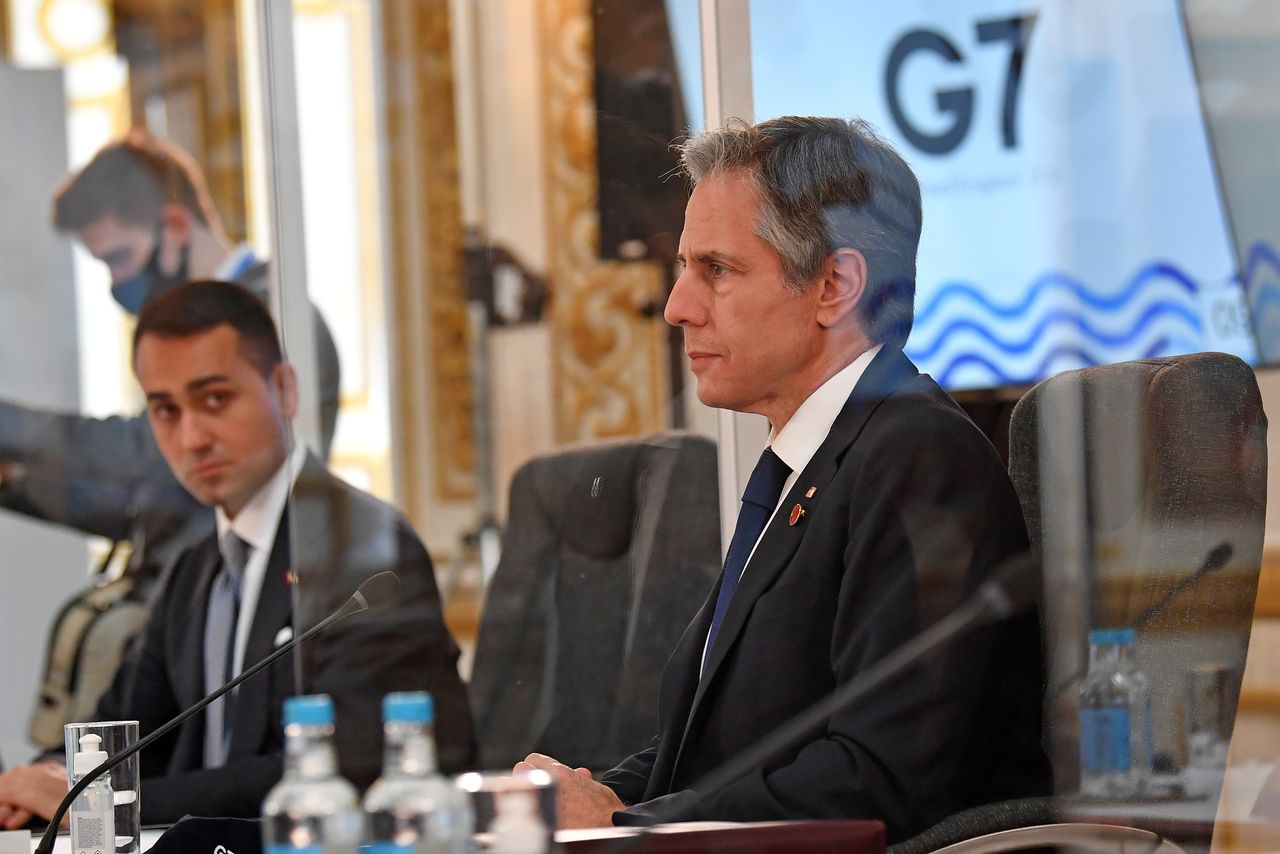 U.S. Secretary of State Antony Blinken looks on during the start of the G7 foreign ministers meeting in London, Britain May 4, 2021. Ben Stansall/Pool via REUTERS 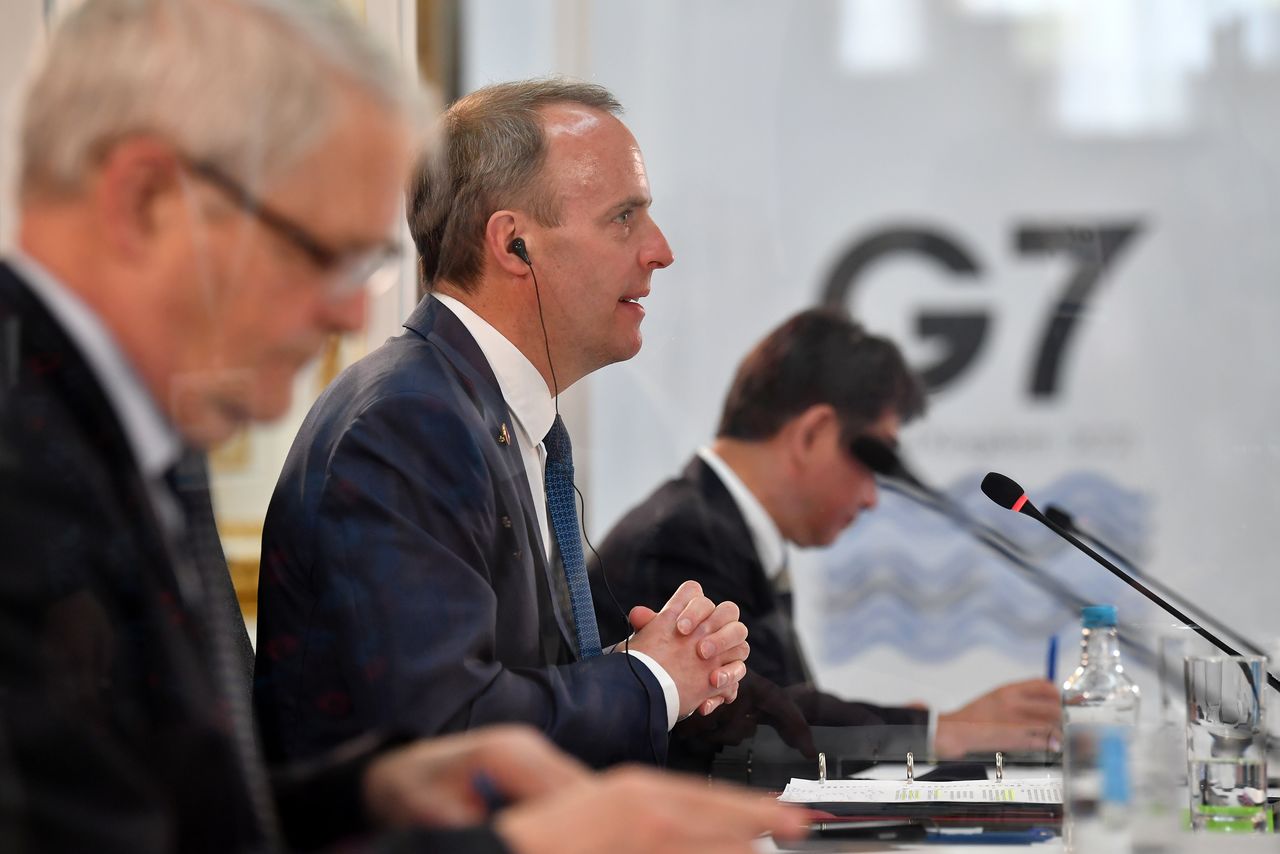 Britain's Foreign Secretary Dominic Raab speaks at the start of the G7 foreign ministers meeting in London, Britain May 4, 2021. Ben Stansall/Pool via REUTERS 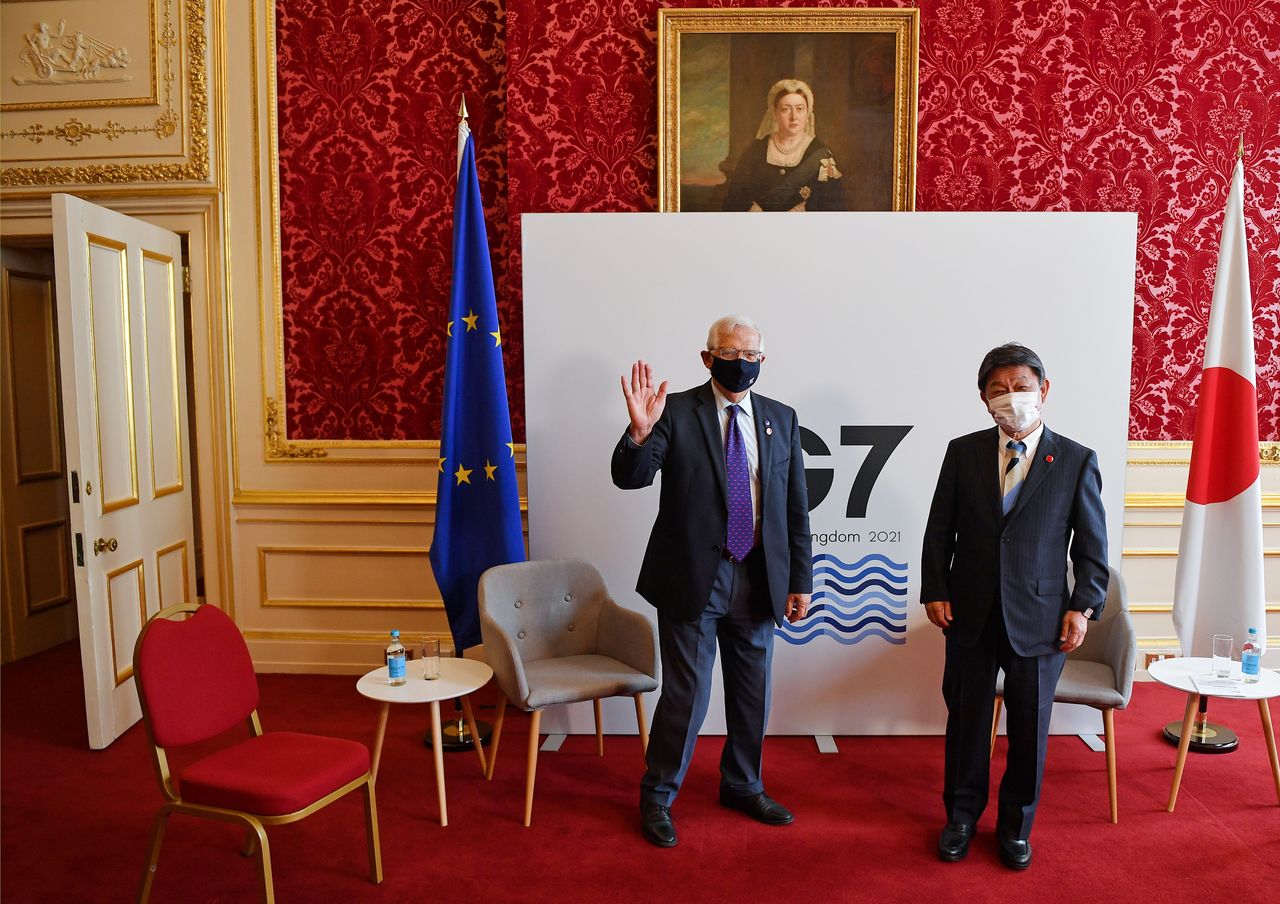 European High Representative of the Union for Foreign Affairs, Josep Borrell, poses for a photo with Japan's Foreign Minister Toshimitsu Motegi ahead of a bilateral meeting at the G7 foreign ministers meeting in London, Britain May 4, 2021. Justin Tallis/Pool via REUTERS 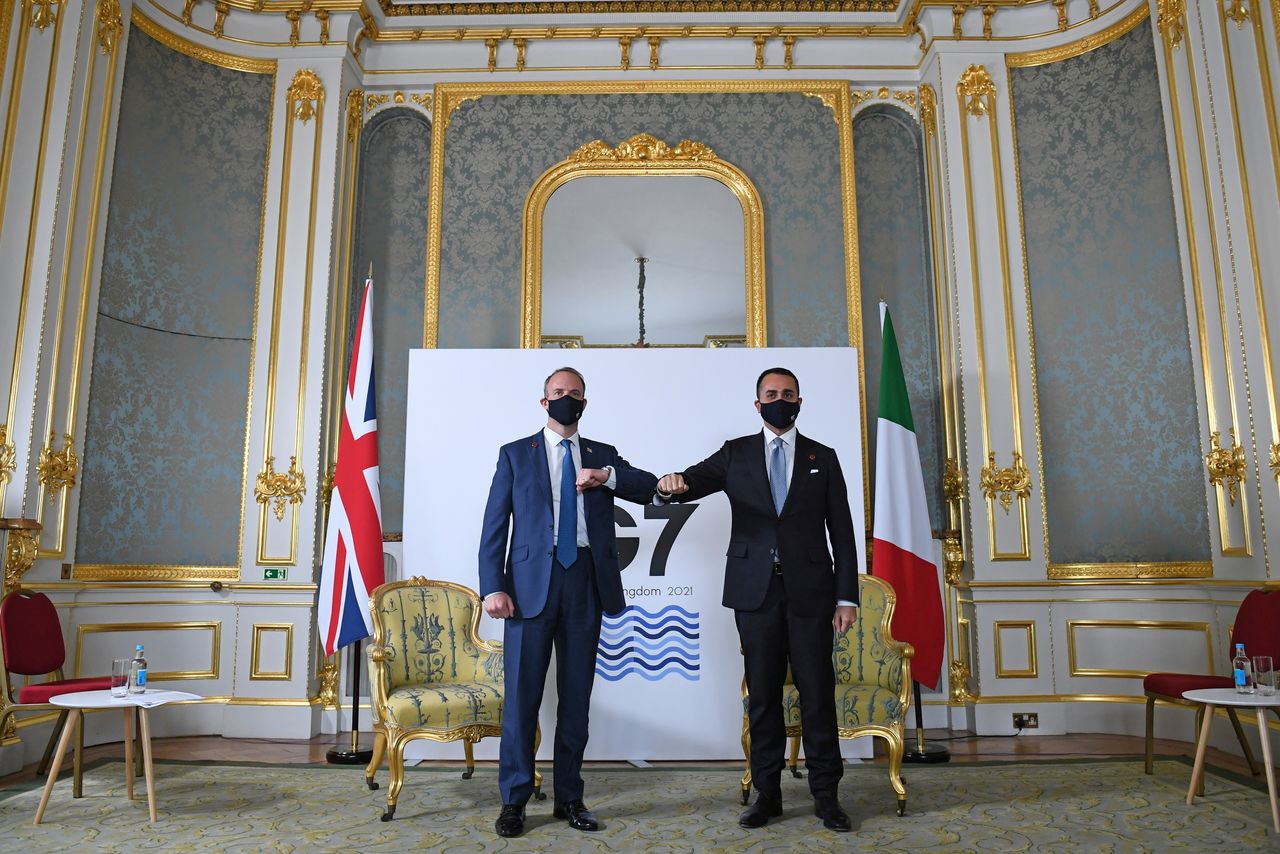 Britain's Foreign Secretary Dominic Raab poses for a photo with Italy's Foreign Minister Luigi Di Maio, ahead of a bilateral meeting at the G7 foreign ministers meeting in London, Britain May 4, 2021. Stefan Rousseau/Pool via REUTERS