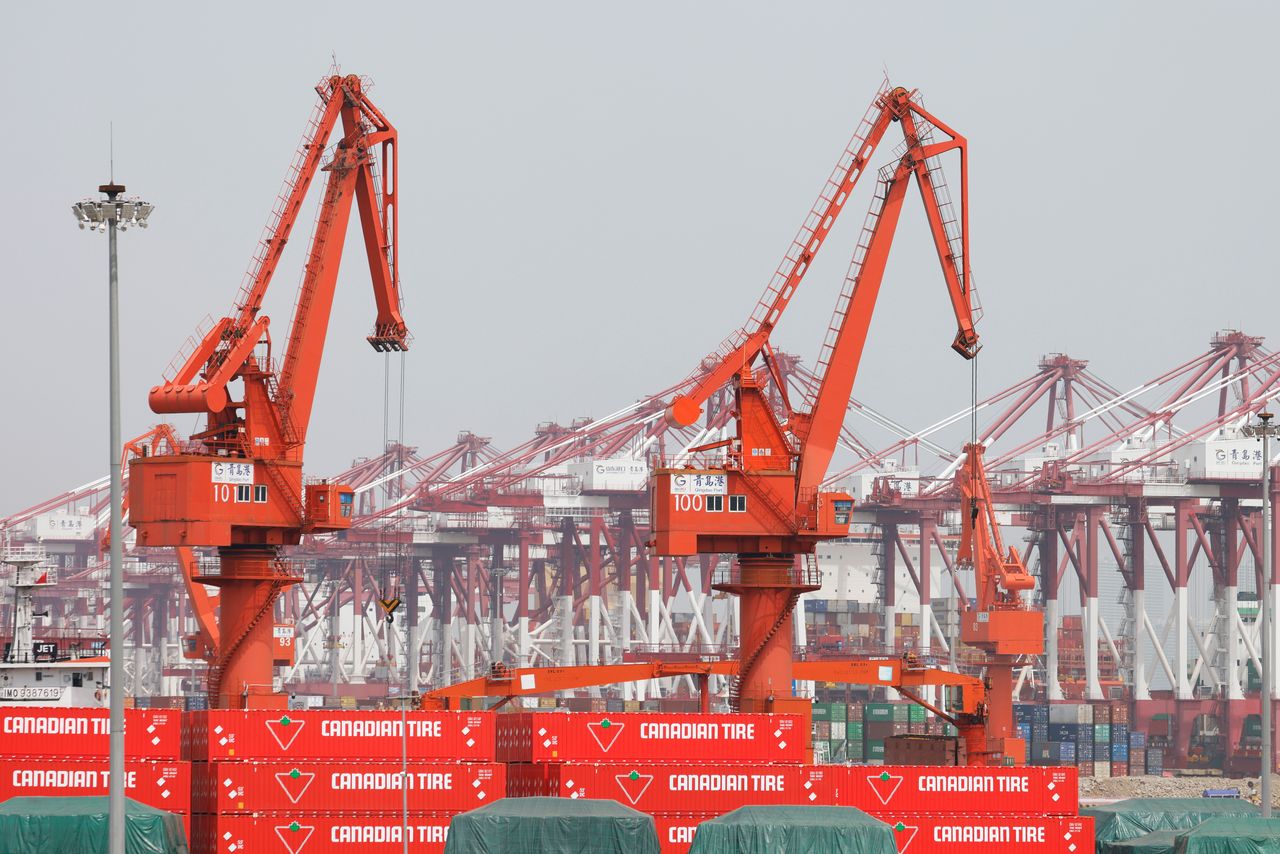 FILE PHOTO: Canadian Tire containers are seen near cranes at Qingdao port in Shandong province, China, following an oil spill in the Yellow Sea caused by a collision between tanker A Symphony and bulk vessel Sea Justice off the port, April 28, 2021. REUTERS/Carlos Garcia Rawlins

SINGAPORE (Reuters) - Efforts to remove the cargo of an oil tanker that leaked oil into the Yellow Sea near China's Qingdao after a collision last week should be completed later on Tuesday, the vessel's manager said.

The A Symphony was anchored roughly 40 nautical miles off the coast of Qingdao when it was struck in dense fog by the bulk carrier Sea Justice on April 27. The collision ruptured A Symphony's cargo and ballast tanks, causing it to leak roughly 400 tonnes of its bitumen mix cargo.

A Symphony's manager, Goodwood Ship Management, said there were no injuries to the crew, and clean-up operations commenced as soon as weather conditions improved enough to allow specialist cleaning and repair vessels to travel to the site.

Work to unload the tanker's cargo, known as lightering, has continued since Friday, Goodwood said in a statement, and when complete the vessel will depart for further assessment and repairs. The company has yet to confirm which shipyard will handle the repairs.

The 272 metre-long, 46 metre-wide oil tanker was sold in May 2019 to its new owners Symphony Shipholding SA and NGM Energy, Equasis data showed.

(Reporting By Gavin Maguire in Singapore; Editing by Lincoln Feast.)