NAIROBI (Reuters) - When Edith Serem received her COVID-19 vaccination last month at a hospital in Nairobi where she works as a doctor, nurses jokingly warned she might start speaking in a foreign language.

Serem said some colleagues got the AstraZeneca shot after watching her closely for several days to see if she was okay, but others refused, still wary of possible side effects.

Health experts worry that public scepticism about taking the relatively small number of doses African countries have battled to procure could prolong a pandemic that has already killed more than 3.3 million people worldwide.

"I'm not an anti-vaxxer ... I have my children vaccinated up to date with everything out there, but this one? I'm not comfortable," said a doctor in Kenya, who declined to be named as she was not authorised to speak to the media.

"If there is no data on long-term effects then we are all being guinea pigs. What happens in 10 years after this vaccine?"

So-called vaccine hesitancy is a global phenomenon. France and the United States are struggling with it and scepticism is on the rise in some Asian countries such as Japan.

In Africa, health experts say a combination of warnings about possible rare blood clots, the rubbishing of vaccines by some leaders and mixed messages over expiry dates have all contributed to the slow rollout across the continent.

COVID-19 has also not hit Africa's 1.3 billion people to the extent it has ravaged some countries in Europe, Brazil, the United States and India, leaving some on the continent doubting the seriousness of the disease.

The official death toll in Africa now stands at 121,000, lower than the United Kingdom alone.

While Ghana and Rwanda have all but finished administering the doses they received last month, the rollout in some countries is so slow it could take years to use the limited shots they have, let alone inoculate their adult populations.

Kenya, for example, began vaccinating 400,000 frontline health staff and other essential workers in early March after receiving more than a million AstraZeneca doses from the global vaccine sharing scheme COVAX.

Chibanzi Mwachonda, head of Kenya's main doctors union, said the government had now offered the doses more widely because of the slow uptake of the vaccines, which the United Nations says will expire on June 28.

Health workers were already angry and suspicious because the government had failed to provide enough protective equipment, Mwachonda said. Now, many felt the government had not adequately addressed concerns about possible side effects, he said.

Kenya's health ministry did not respond to a request for comment.

Africa's most populous nation, Nigeria, received its first consignment of 3.92 million AstraZeneca shots on March 2. By April 23, just over 1.15 million doses had been administered.

At that pace, it could take until mid-August to use the doses and nearly a decade to vaccinate the adult population. The shots will expire on July 9, a government official said.

Chika Offor, founder of the Vaccine Network for Disease Control advocacy group in Abuja, said the decision by some European governments to restrict or stop using AstraZeneca shots had compounded Nigerian fears.

In Ivory Coast, vaccination centres have been quieter than expected, raising fears that doses will be left unused when they expire in June, two health workers at the National Institute of Public Hygiene told Reuters.

The West African country vaccinated 105,110 people between March 1 and April 21 after receiving an initial shipment of 504,000 doses. At that rate, it would take more than two years to use the 1.7 million doses it has ordered from COVAX so far.

The health workers said some centres in Abobo, a suburb of the main city Abidjan, were only getting 20 people a day coming in for shots. In Treichville, a densely populated area of the city, Reuters saw health workers sitting idle with no patients.

Joseph Benie, director of the hygiene institute, said they had issued public statements about the vaccine's safety.

It delayed their rollout after several European countries suspended the vaccine to investigate rare blood clots but 10 days after its drive inoculation drive got underway, only 1,300 people in a country of 85 million had received a shot.

The government is now returning 1.3 million doses to COVAX before they expire.

Africa CDC's Nkengasong said the slow uptake in Congo did not surprise him as an Africa CDC survey found only 60% of Congolese wanted the vaccine compared with 90% of Ethiopians.

The World Health Organization (WHO) and Africa CDC have repeatedly advised that the benefits of the AstraZeneca vaccine outweigh the risks.

Yet some African leaders have denounced the shots, including Tanzania's recently-deceased president, Nigerian state governors and the head of a South African nurses union.

Mixed messaging about vaccine expiry dates has added to the confusion.

The WHO and Africa CDC urged African countries not to waste donated vaccines after Malawi said it would destroy more than 16,000 AstraZeneca doses stamped with an April 13 expiry date.

Nkengasong said an analysis by the Serum Institute of India, which made the doses, showed they could be used until July 13 - but WHO's Africa director, Matshidiso Moeti, said they should be stored until more information was available.

(Additional reporting by Edward McAllister in Dakar and Libby George in Lagos; Editing by Katharine Houreld and David Clarke) 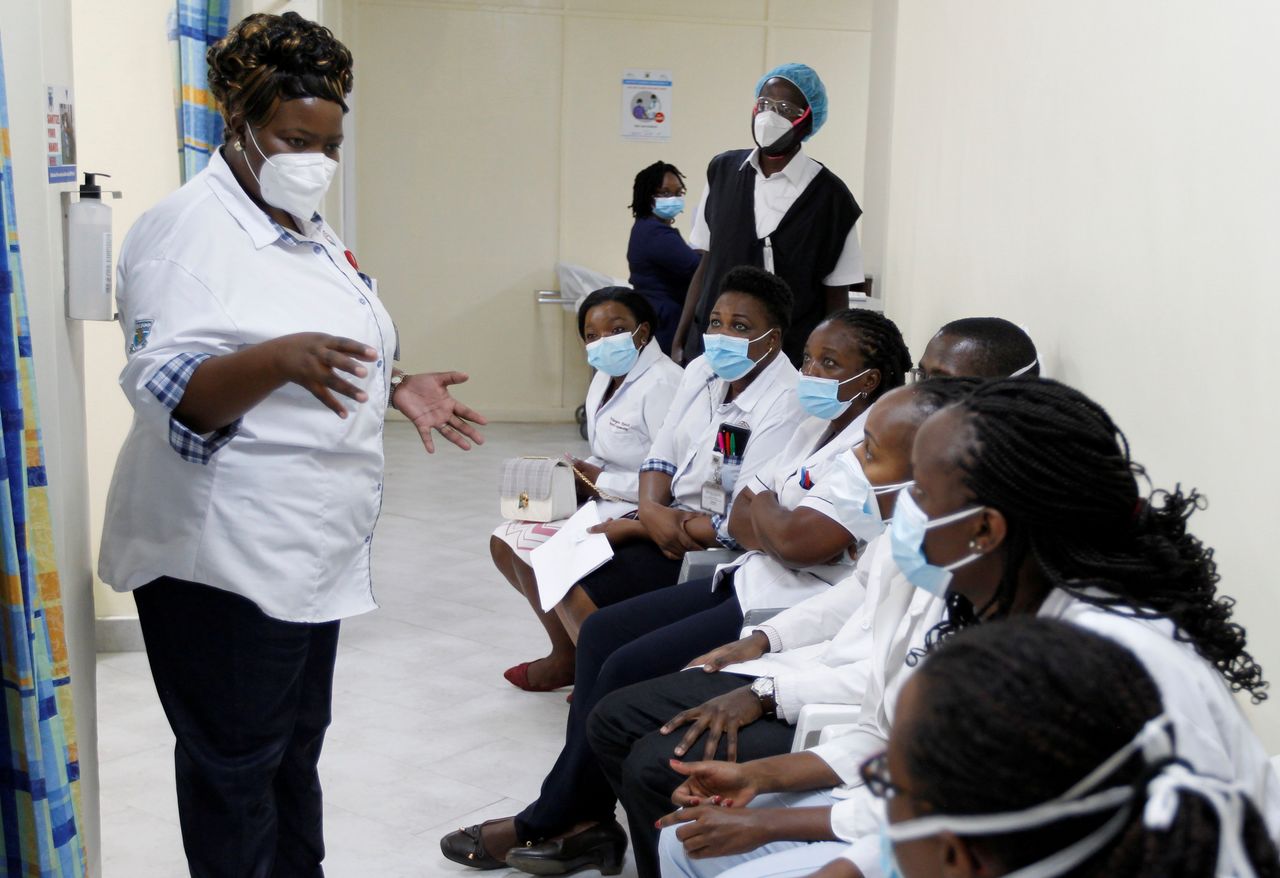 FILE PHOTO: A health worker talks to her colleagues as they prepare to receive the AstraZeneca/Oxford vaccine under the COVAX scheme against coronavirus disease (COVID-19) at the Kenyatta National Hospital in Nairobi, Kenya March 5, 2021. REUTERS/Monicah Mwangi 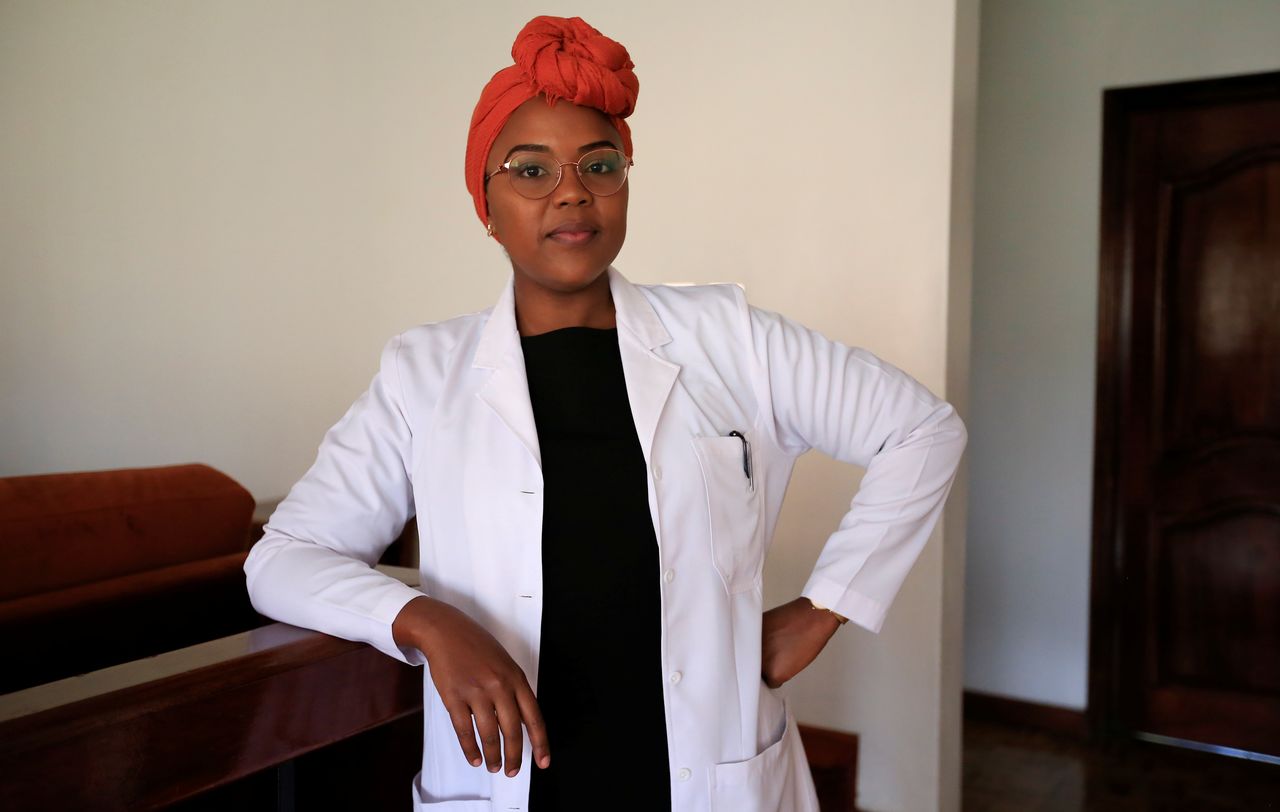 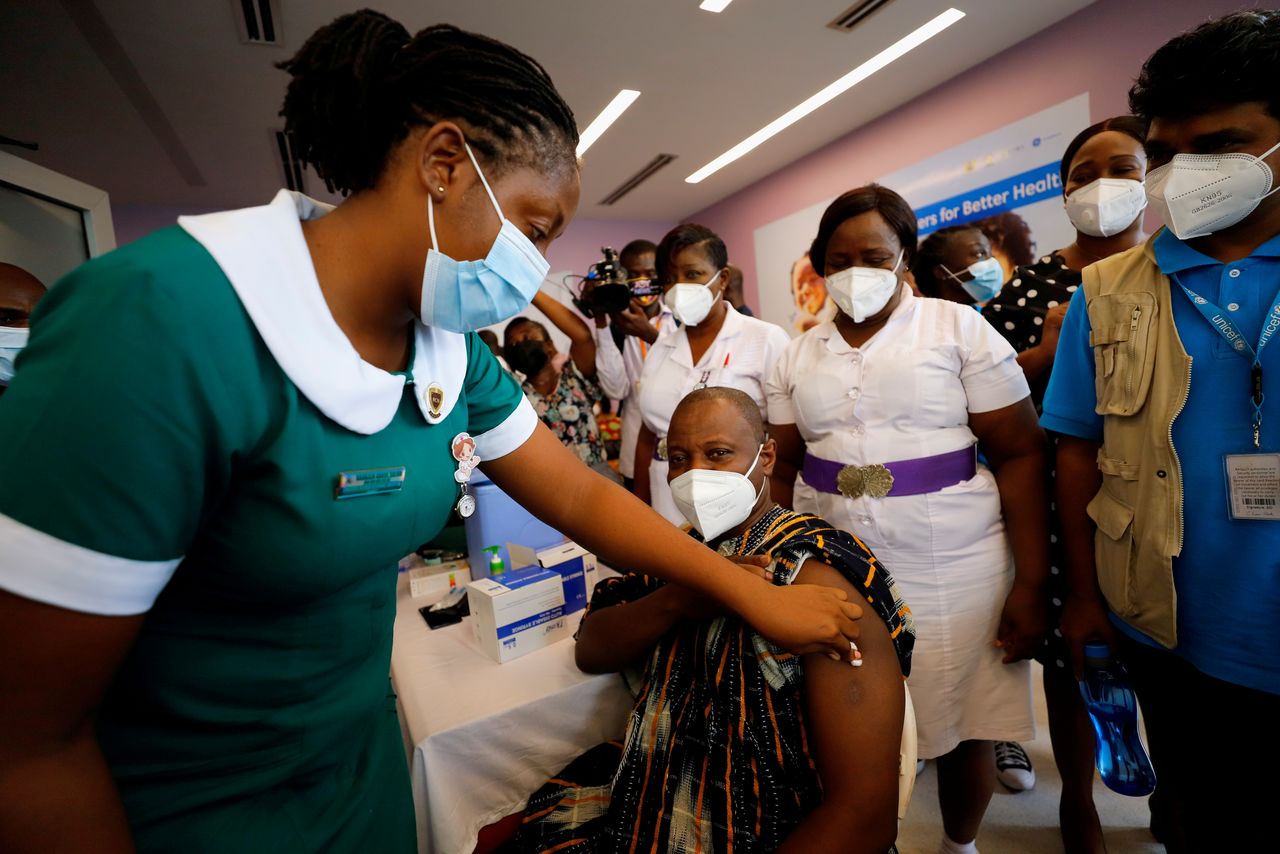