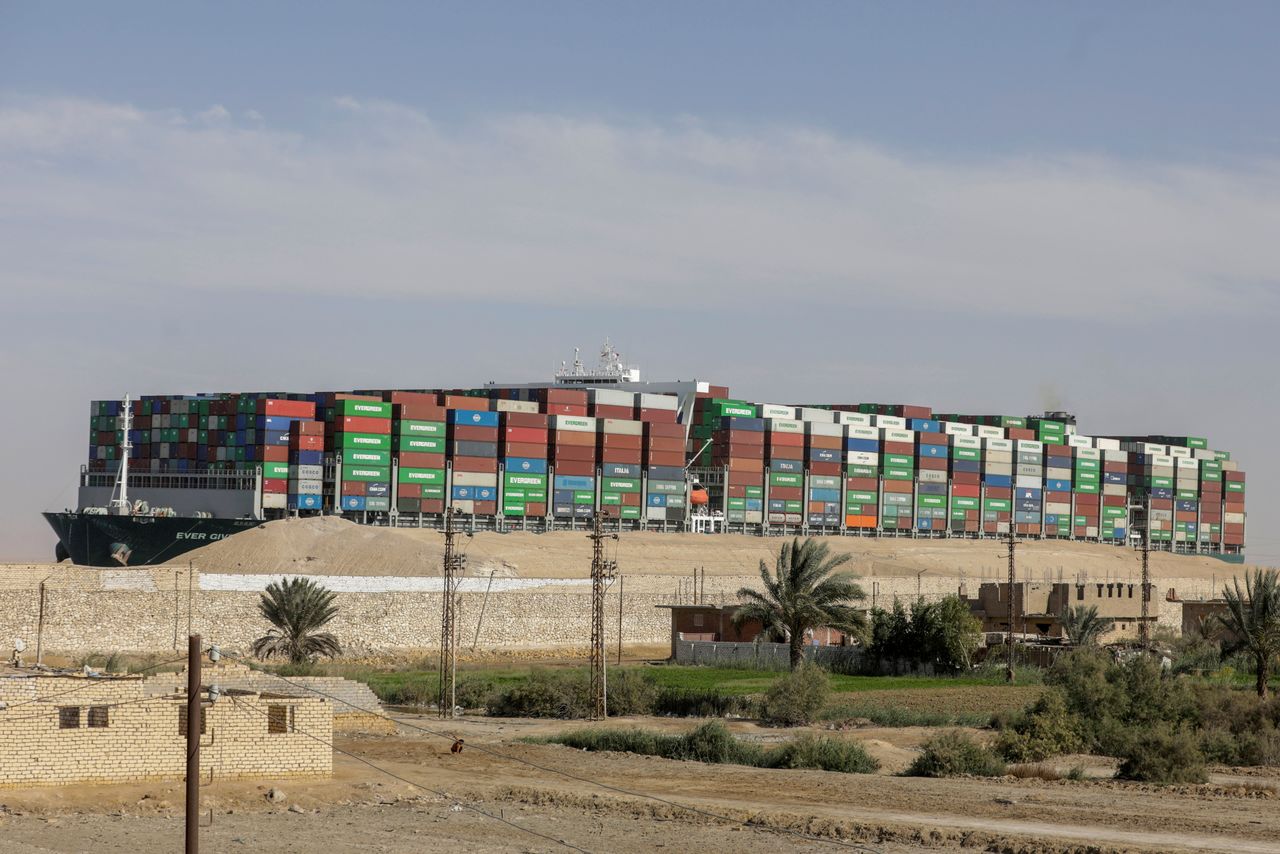 FILE PHOTO: Ship Ever Given, one of the world's largest container ships, is seen after it was fully floated in Suez Canal, Egypt March 29, 2021. REUTERS/Mohamed Abd El Ghany//File Photo

CAIRO (Reuters) - An Egyptian court on Tuesday ruled that the container ship which blocked the Suez Canal in March could continue to be held in the waterway, rejecting an appeal by its Japanese owner against its detention, a judicial source said.

The Ever Given, one of the world's largest container ships, got jammed across the canal on March 23 and remained stuck for six days, stopping traffic in both directions.

It has been held in a lake between two stretches of the canal since being dislodged on March 29, amid a dispute over a $916 million claim by the Suez Canal Authority (SCA) against Japanese owner Shoei Kisen for compensation over the incident.

The SCA has been conducting investigations into the cause of the ship's grounding, but has yet to announce the results.

The court in the Suez Canal city of Ismailia, which had approved the detention of the ship following the submission of a report by the SCA, upheld that decision on Tuesday, rejecting an appeal made late last month.

The reasoning for the ruling was not immediately clear, but the SCA argued that the plaintiff had not notified all the required parties of its challenge to the ship's detention within the required time limit.

The ship's protection and indemnity insurer, UK Club, said the owners were reviewing their options in light of the decision, and had until May 20 to appeal.

UK Club and the Ever Given's technical manager Bernhard Schulte Shipmanagement (BSM) have expressed disappointment at the ship's detention.

UK Club said last month the appeal was made "on several grounds, including the validity of the arrest obtained in respect of the cargo and the lack of supporting evidence for the SCA's very significant claim".

International supply chains were thrown into disarray when the 400-metre (430-yard) Ever Given ran aground in the canal, with 18,300 containers on board.