Dollar eases off of two-week high ahead of jobs report 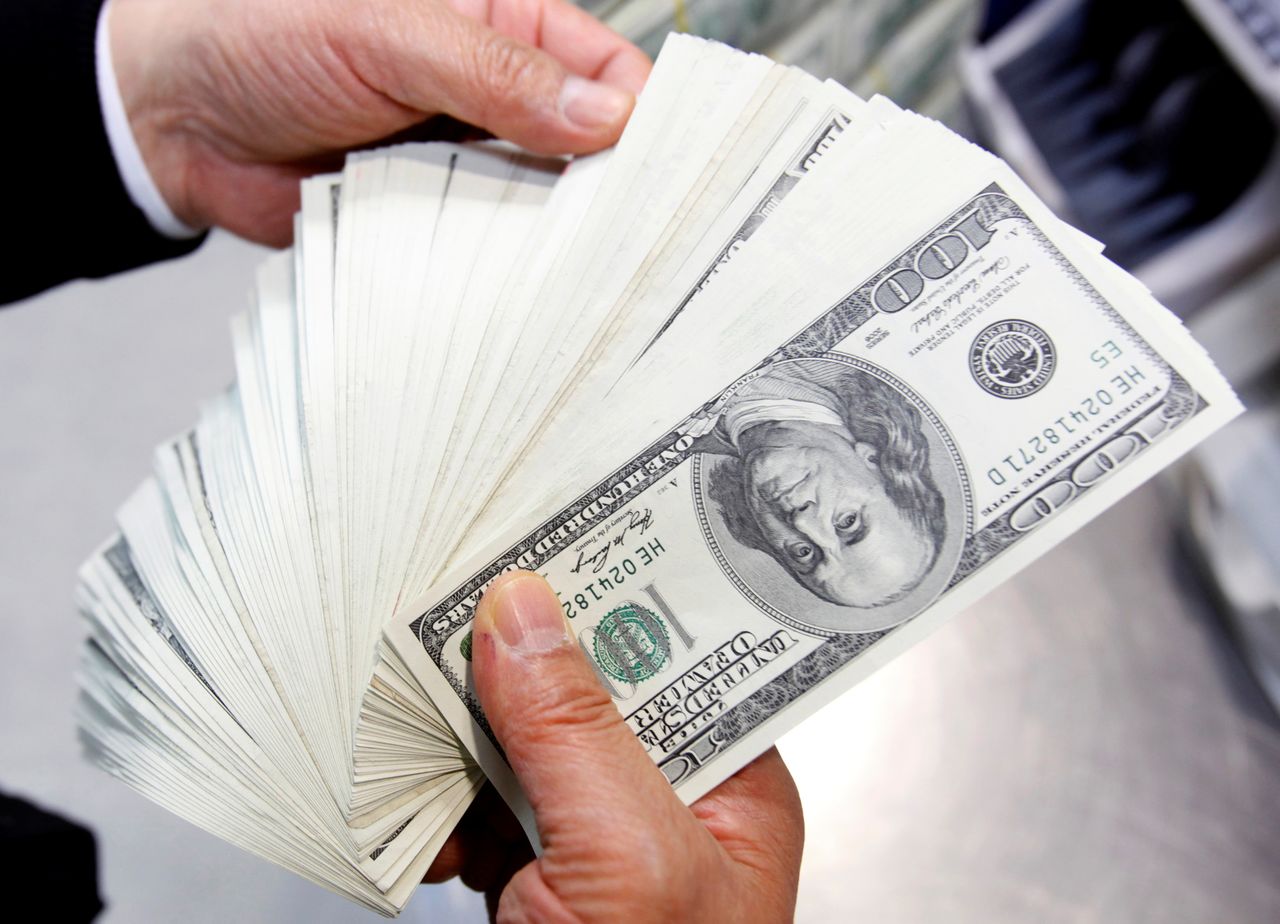 NEW YORK (Reuters) -The dollar eased off of its more than two-week high hit earlier on Wednesday as U.S. economic data came in a bit softer than expected and traders awaited a key jobs report at the end of the week.

U.S. private payrolls rose by the most in seven months in April, ADP data showed on Wednesday, as companies boosted production to meet a surge in demand amid massive government spending and rising COVID-19 vaccinations. But the 742,000 private jobs created fell short of the 800,000 jobs expected by economists in a Reuters poll.

In the U.S. services industry, activity eased in April from a record level in March, likely due to shortages of inputs amid a burst of demand, data from the Institute for Supply Management showed.

"That's certainly worrisome for U.S. dollar traders and holding them back from restoring long dollar positions ahead of non-farm payrolls," Kathy Lien, managing director at BK Asset Management, said of the data.

The median forecast for Friday's jobs report is for a rise of 978,000, but estimates stretch as high as 2.1 million.

"There is a good chance it will exceed 1 million, but as we look at some of the leading indicators for the economy, the recovery and the labor market, we are not seeing that outsized strength that everybody had anticipated and that's holding the dollar back," Lien said.

The dollar index, which measures the greenback against a basket of peer currencies, was last at 91.319 after rising as high as 91.436 earlier in the session, its highest since April 19.

The earlier bounce was partly prompted by comments from U.S. Treasury Secretary Janet Yellen that rate hikes may be needed to stop the economy from overheating.

Yellen later downplayed their importance, but even the slightest mention of U.S. tightening has an outsized impact in markets that have become so dependent on monetary stimulus.

Three Fed officials spoke on Wednesday, with Chicago Federal Reserve Bank President Charles Evans saying that while he was more optimistic about U.S. economic growth than he was a few months ago, he expects monetary policy to stay super-easy for some time.

Boston Federal Reserve Bank President Eric Rosengren said inflation will be temporarily distorted this spring as the U.S. economy works through imbalances caused by the pandemic but the pressures should be short-lived and should not lead to a pullback in monetary policy.

Cleveland Fed President Loretta Mester said more progress will be needed in the job market before the Fed's conditions for reducing its extensive support will be met.

The Fed has said it will not raise its benchmark Fed funds rate through 2023, but the responsive part of the yield curve for commercial rates is out at 10 years or a little bit longer, said Joseph Trevisani, senior analyst at FXSTREET.COM.

"The Fed doesn't have to change its mind on the Fed funds rate. All it has to do is get out of the way when the credit market starts to take the 10-year back to 2%, which I think it will," Trevisani said. "As long as the Treasury rates resume, they will take the dollar with them."

The commodity-linked Canadian dollar hit a three-year high against the greenback, helped by higher crude prices and optimism over the global economic recovery.

The dollar gained 0.12% against the euro, to $1.1999, its lowest against the greenback in more than two weeks.

Trading was limited in the overnight session, with Japan and China on holiday, but the New Zealand dollar jumped 0.83% to $0.72080 on the back of stronger-than-expected jobs data. The Australian dollar ticked up 0.4% to $0.7742.

Sterling traded 0.12% higher at $1.39020 a day ahead of the Bank of England meeting, where it is expected by some to announce a tapering of its bond-buying program. [GBP/]