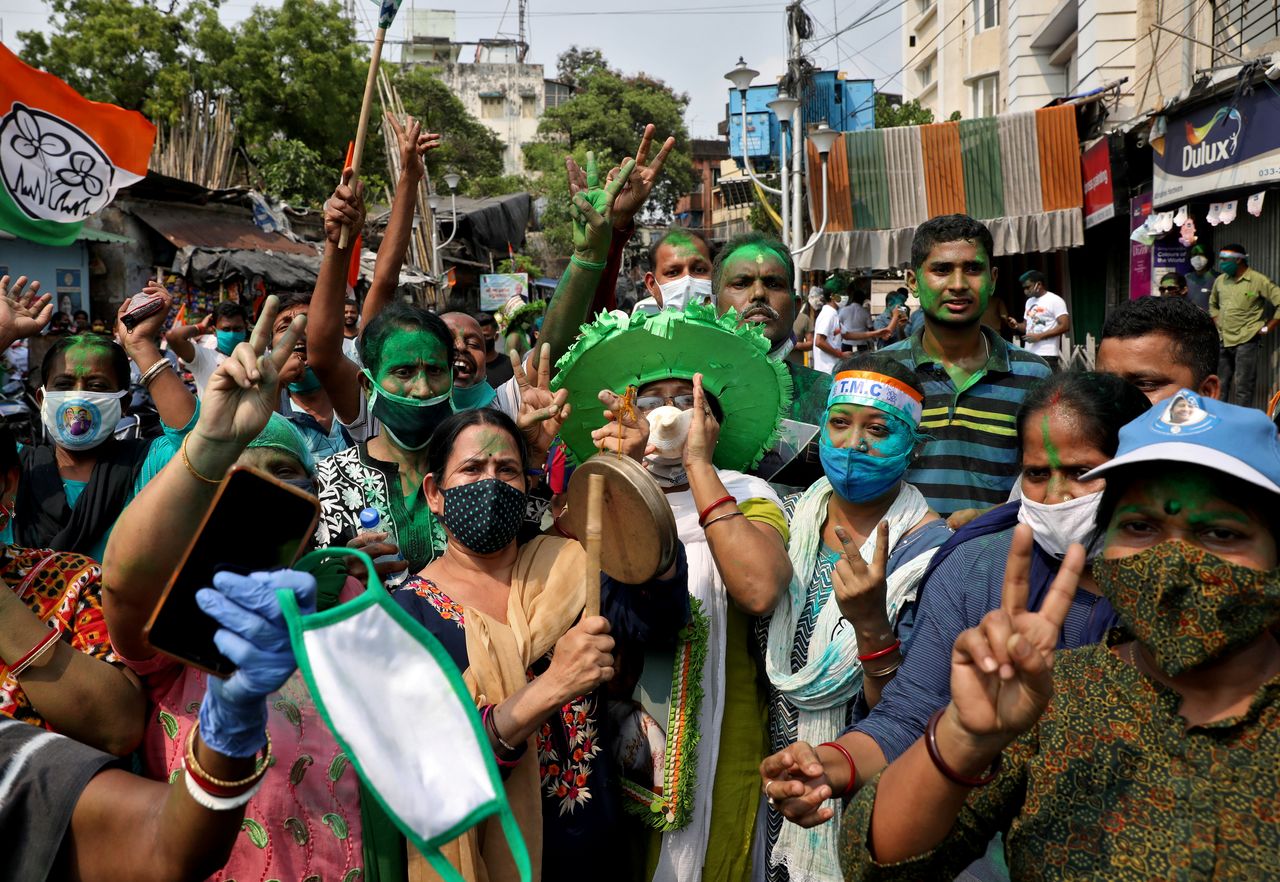 FILE PHOTO: Supporters of Chief Minister of West Bengal state and the Chief of Trinamool Congress (TMC) Mamata Banerjee celebrate after the initial poll results, amidst the spread of the coronavirus disease (COVID-19), in Kolkata, India, May 2, 2021. REUTERS/Rupak De Chowdhuri/File Photo

The regional Trinamool Congress (TMC) retained control of the populous eastern state in results declared on Sunday, with Modi's Bharatiya Janata Party (BJP) emerging as the main opposition there for the first time.

A senior West Bengal police official said the violence had been particularly intense in at least six districts scattered across the state, with homes of some 100 political workers from both sides attacked and vandalised.

"In Cooch Behar district in North Bengal there have been at least 25 separate clashes between TMC and BJP workers ever since the results were declared," the official said, declining to be identified as he is not authorised to speak to media.

Both parties said their workers were being targeted by rivals.

"Our party workers are being hounded out in the rural belts and houses have been torched," said Shisir Bajoria of the BJP, which staged a sit-in protest at its headquarters in the state's capital city, Kolkata.

Subrata Mukherjee, a senior TMC leader, told Reuters that at least two of the party's workers had been killed in recent days. "It was the TMC workers who were on the receiving end," Mukherjee said.

West Bengal has a history of political violence, including flare-ups after elections. After the last general election in 2019, which Modi won convincingly, at least 15 people were killed in clashes.

India's National Human Rights Commission said on Tuesday it would send an investigation team to the state.

TMC chief Mamata Banerjee, who was sworn in as West Bengal's chief minister for the third time on Wednesday, said there had been sporadic violence, and blamed the BJP for it.

"I am for peace," Banerjee told reporters. "I will appeal to all sides to contain violence."