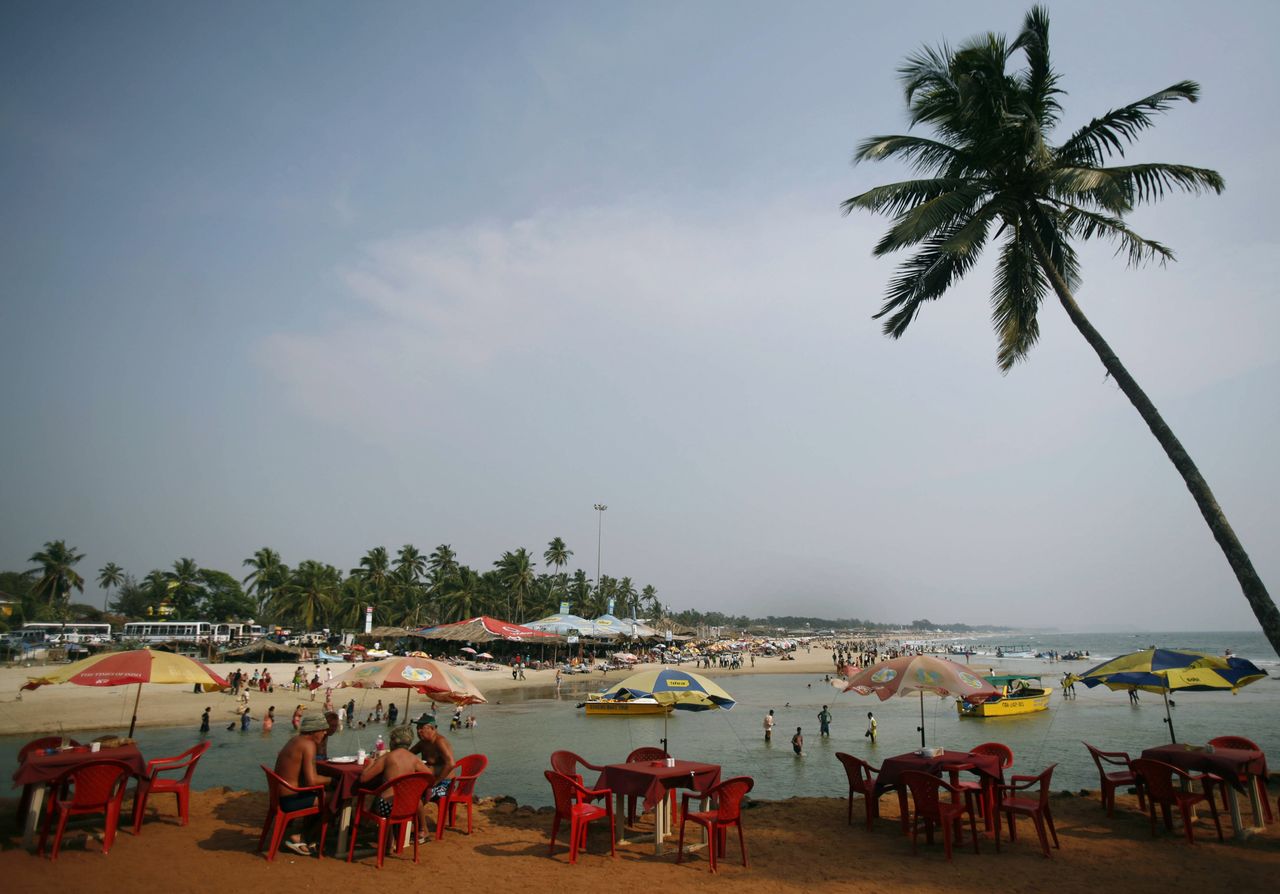 FILE PHOTO: Tourists relax at a cafe on Baga beach in the western Indian state of Goa March 16, 2008. REUTERS/Punit Paranjpe

By Rupam Jain and Kannaki Deka

PANJIM, India (Reuters) - India's Goa state, a hugely popular tourist destination on the western coast, has the highest rate of COVID-19 infections in the country, with up to one in every two people testing positive in recent weeks, government officials said on Wednesday.

Leaders of the small state, ruled by Prime Minister Narendra Modi's right-wing BJP party, were being blamed by the opposition and medical experts for ignoring pandemic protocols and allowing entry to tens of thousands of tourists this year in a bid to generate revenue.

Two government-appointed medical officials working at the state's COVID-19 data collection centre in the capital Panjim said the positivity rates in tests since April were between 40% to 51%, the highest in the country.

"The rate at which positive cases have increased represents the true picture of how fast the virus has spread," said one state official, adding that a complete lockdown and strict ban on entry of all tourists was the only way to slow down the surge.

Nationwide, India has recorded over 20 million infections since the start of the epidemic, the second-highest in the world after the United States, and over 225,000 deaths.

Goa had been relatively spared the devastation but Health Minister Vishwajit Rane said the situation now was "grim".

"Its true that Goa's positivity rate is very high and we are now seeking fresh allocation for medical oxygen and life-saving devices," said Rane.

"A strict lockdown is the only way to limit the pandemic," he said, adding the tourism-led economy will only be able to withstand the crisis if the vaccination drive is accelerated.

Runa Aggarwal, a volunteer at Covid Care Goa, a citizen initiative, said the group was requesting people who have recovered from COVID-19 to volunteer in government hospitals.

"Given that so many of the hospital staff are stretched and there is just not enough bandwidth to attend to all the patients...at least volunteers can help with walking with them to the restroom, make them eat," said Aggarwal.