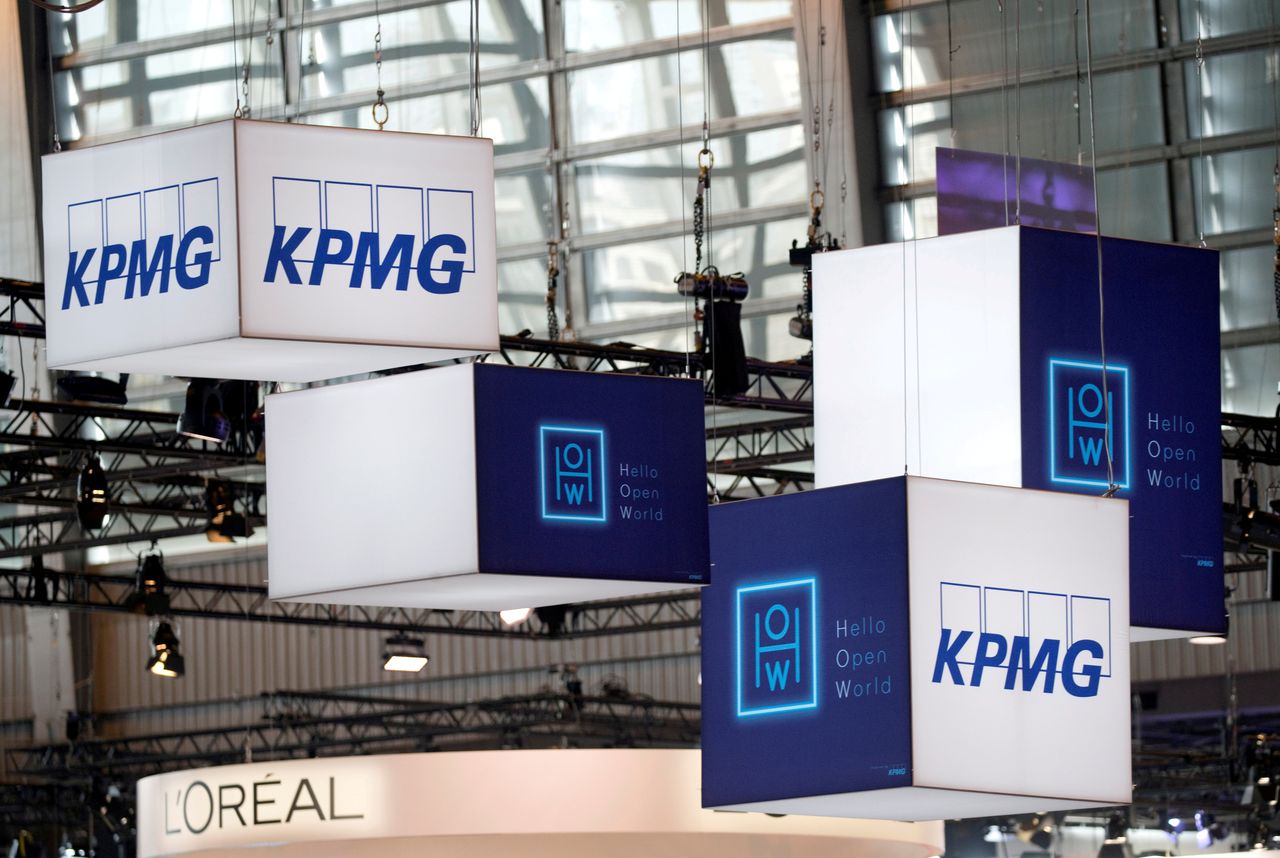 FILE PHOTO: The logo of KPMG, a professional service company, is pictured during the Viva Tech start-up and technology summit in Paris, France, May 25, 2018. REUTERS/Charles Platiau

(Reuters) - Accounting firm KPMG told its 16,000 UK staff on Wednesday that they will work in the office for up to four days in a fortnight starting next month under a hybrid working model drawn up after the recent decline in COVID-19 cases in the country.

"As part of the firm's new hybrid way of working, from June onwards, the expectation will be that KPMG's people spend up to four days in the office spread over a fortnight, with the rest spent at home or at client sites," KPMG spokeswoman Zoe Sheppard said in an emailed statement.

KPMG UK head Bill Michael resigned in February after reports that he told staff to "stop moaning" about the impact of COVID-19 on their lives. He was replaced by Jon Holt.

Sheppard said the hybrid plan was drawn up incorporating feedback from staff.

On Tuesday, Goldman Sachs Group Inc asked U.S.-based employees to return to working in the office by mid-June and in the United Kingdom to return by mid-July.

JPMorgan Chase & Co said last week it was targeting U.S. workers' return to office on a rotational basis from July.

Some 36% of employees in Britain did at least some work from home last year as the coronavirus outbreak closed many workplaces, a jump from around 26% in 2019, the country's statistics office said in April.

(Reporting by Kanishka Singh in Bengaluru; Editing by Sonya Hepinstall)