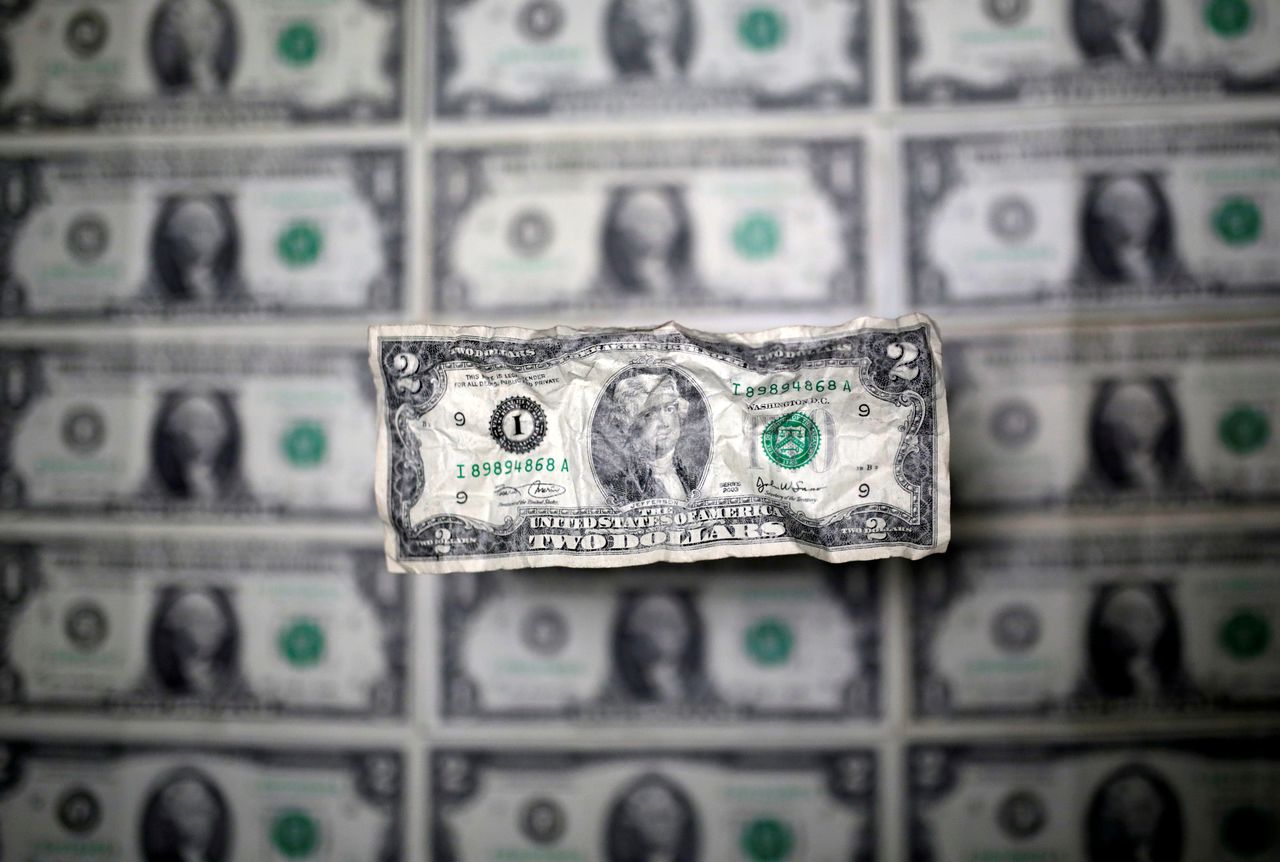 New York (Reuters) -The dollar dipped on Thursday, hitting its lowest point in three days, as global market risk appetite improved and traders looked forward to the April jobs report due on Friday for direction.

The number of Americans filing new claims for unemployment benefits fell below 500,000 last week for the first since the COVID-19 pandemic started more than a year ago, data showed, signalling the labor market recovery entered a new phase amid a booming economy.

While the U.S. economy has been gaining steam on the back of massive government stimulus and an improving health situation, Federal Reserve speakers on Wednesday downplayed the risks of higher inflation.

The U.S. dollar, which is regarded as a safehaven asset, declined against a basket of peer currencies and was last down 0.34% at 90.948.

"The outlook for the dollar by many right now that it’s going to be in the house of pain for quite some time," because for the most part, the markets are convinced that the Fed has Treasury yields under control, said Edward Moya, senior market analyst at FX broker OANDA in New York.

Investors were looking forward to the closely watched non-farm payrolls report on Friday, with estimates of between 700,000 and more than 2 million jobs having been created in April.

If the number is north of 1.5 million, it could lead to a spike in Treasury yields that would provide some temporary support for the dollar, Moya said.

Elsewhere, the Bank of England said it would slow the pace of its bond-buying as it sharply increased its forecast for Britain's economic growth this year after its coronavirus slump, but it stressed it was not tightening monetary policy.

"They said they are going to reduce the weekly pace of purchases, but that's not a signal and so sterling has kind of gone up and down and done nothing at the end of the day," said Erik Bregar, director and head of FX strategy at the Exchange Bank of Canada.

Investors were also paying attention to elections in Scotland that could herald a political showdown over a new independence referendum.

The Canadian dollar hit a three-and-a-half year high against the greenback, helped by oil price gains and the Bank of Canada's recent shift to more hawkish guidance.

"The Canadian dollar continues to have everything going for it fundamentally, technically, and if you look at intermarket correlations, so it’s been a tough trend to step in the way of," said Bregar.

In cryptocurrencies, ether, the world's second largest crypto currency after Bitcoin, hit a record high of $3,610.04.

The meme-based virtual currency Dogecoin soared on Wednesday to an all-time high, extending its 2021 rally to become the fourth-biggest digital coin.