NEW YORK (Reuters) -The dollar fell and a gauge of global equity markets rose on Thursday as surging commodity prices spurred the prospect of rising inflation and led investors into economically-sensitive stocks on the reflation trade.

Aluminum prices approached levels last seen in 2018 and copper prices flirted with 10-year peaks. Gold jumped more than 1% as the weaker dollar and easing Treasury yields propelled the precious metal, an inflation hedge, above the key $1,800 an ounce psychological level.

Investors fear inflation may be more prolonged than what the Federal Reserve has conveyed, said Tim Ghriskey, chief investment strategist at Inverness Counsel in New York.

"The spike in commodity prices in particular, the shortage of semiconductors and shipping resources, for example, is worrying the market," Ghriskey said. "It's a value day or cyclical day in the (equity) market."

The travel and leisure sector was the worst performer in Europe, falling 1.7% after UK rail operator Trainline reported an annual loss.

Heavyweight oil stocks fell in Europe but rose on Wall Street as the rally turned energy positive. Healthcare was the only S&P 500 sector to close in the red.

Healthcare took a hit as vaccine makers fell after President Joe Biden backed plans for patent waivers on COVID-19 shots, but losses were capped by the upbeat jobless claims report.

In Asia, Japan's Nikkei jumped 1.8% as it reopened after a five-day holiday. Chinese shares also resumed trade for the first time since last week and wobbled as the CSI300 fell 1.2%, led by falls in biotech firms.

The Canadian dollar hit a three-and-a-half year high versus the greenback, helped by oil price gains and the Bank of Canada's recent shift to more hawkish guidance. The Australian dollar fell sharply overnight when China said it would stop its economic dialogue with Australia, but the currency later recovered to trade about 0.3% higher.

The Treasuries yield curve flattened for a fifth session, as yields on the long end stalled amid increased investor demand and as the Fed repeatedly affirmed its dovish stance. The spread between U.S. 2-year and 10-year yields slid to 140.8 basis points.

The 10-year note fell 1.3 basis points to yield 1.5714%. "We're stuck in a battle," said Ellis Phifer, managing director in fixed income research at Raymond James in Memphis, Tennessee. "The growth story is leading to inflation, while the Federal Reserve is jawboning, trying to keep expectations down, which I think is the right thing to do." U.S. yields briefly inched higher after data showed initial claims for state unemployment benefits totaled a seasonally adjusted 498,000 for the week ended May 1, compared to 590,000 in the prior week.

Investors drew comfort from the latest economic data and forecasts in Europe, which pointed to a recovery still on track.

Retail sales in the euro zone beat expectations with a 2.7% rise in March as curbs on shoppers eased.

The Bank of England increased its forecast for Britain's economic growth this year after its coronavirus slump. 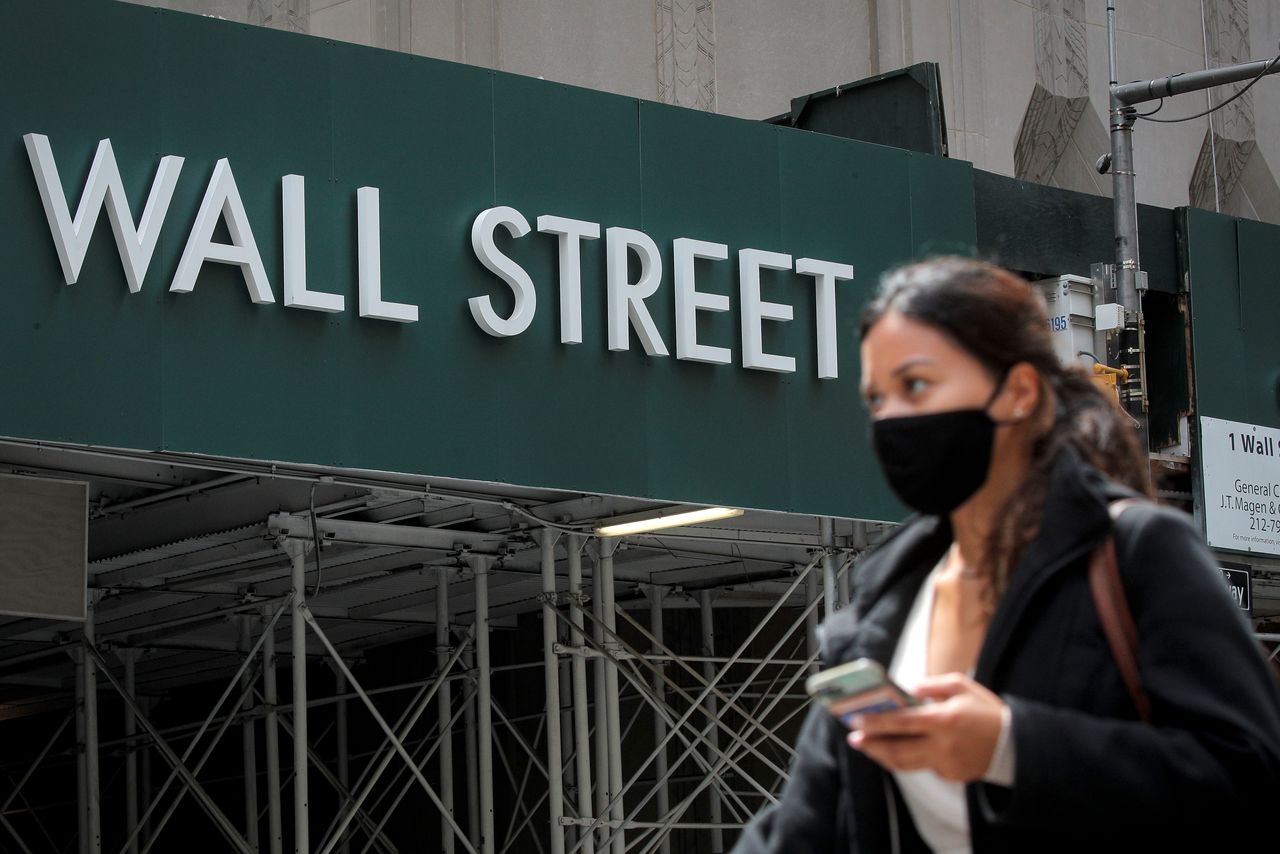 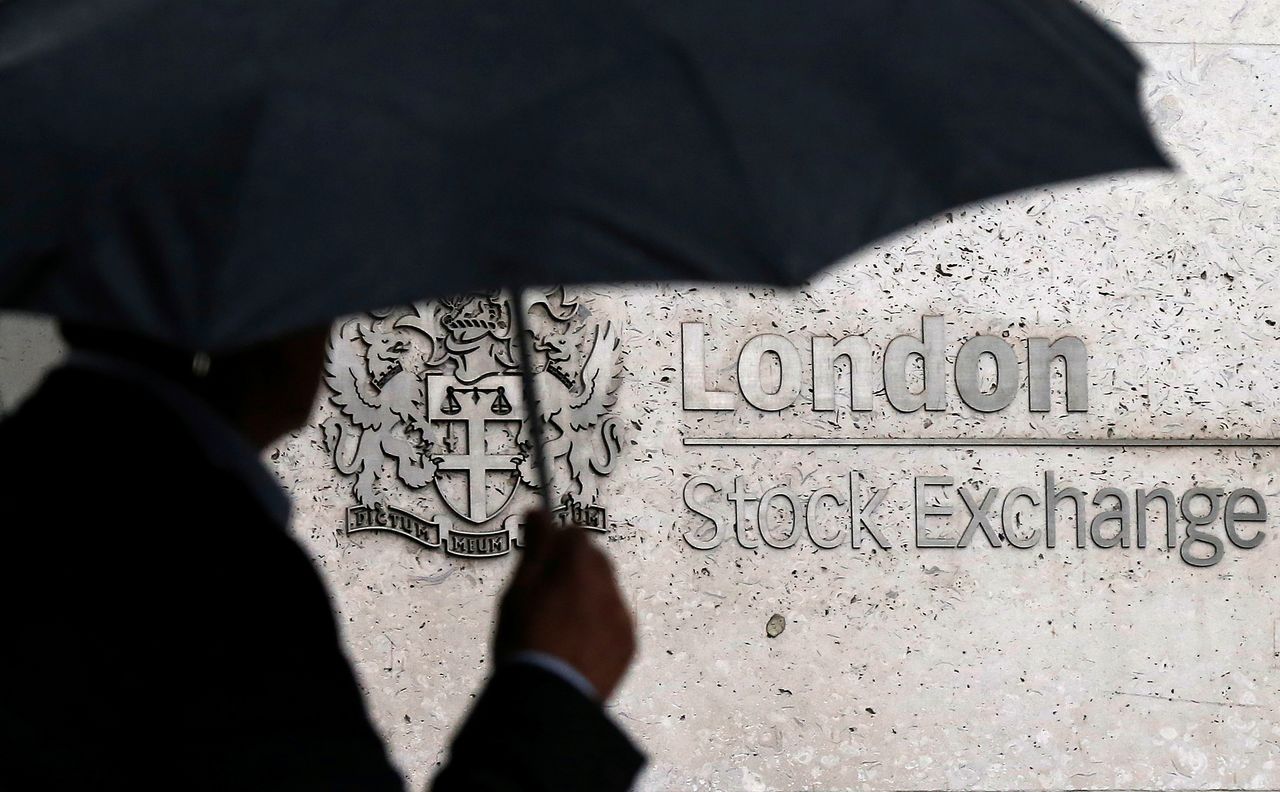 FILE PHOTO: A man shelters under an umbrella as he walks past the London Stock Exchange in London, Britain, August 24, 2015. REUTERS/Suzanne Plunkett 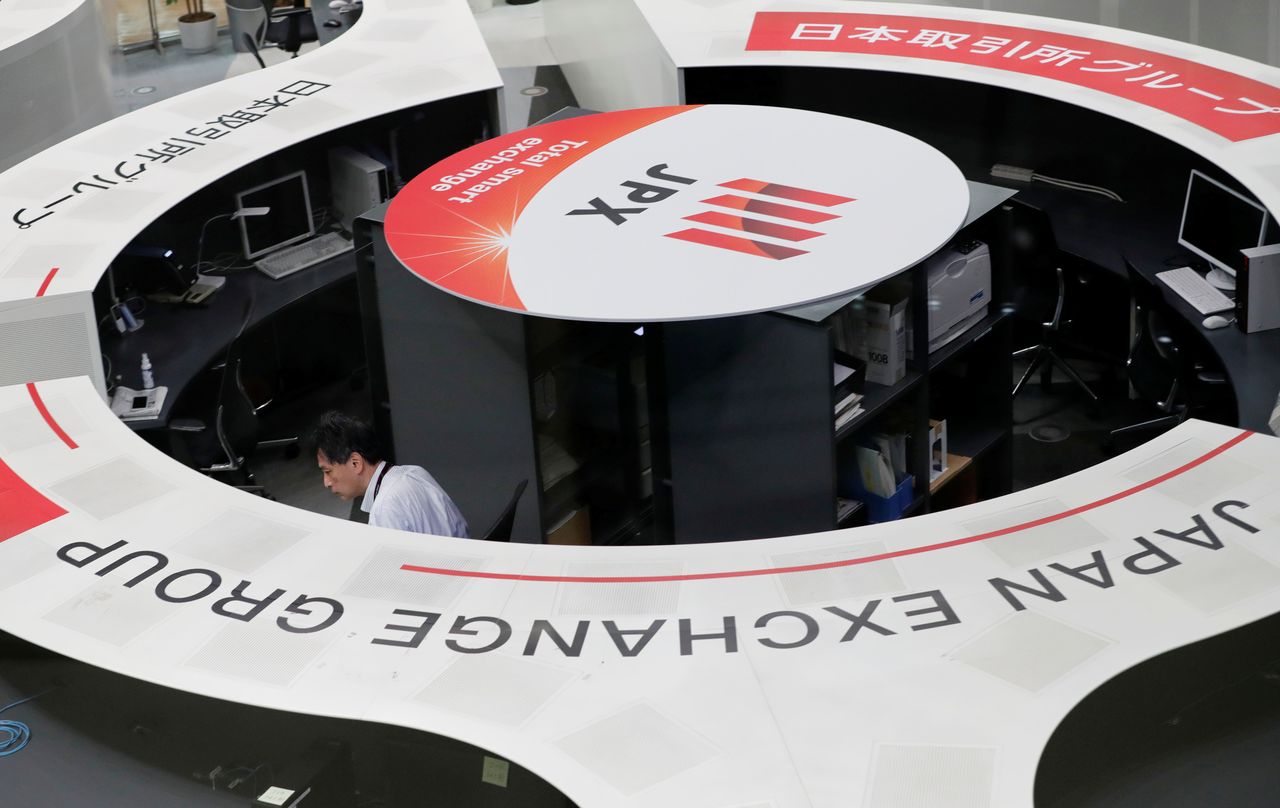