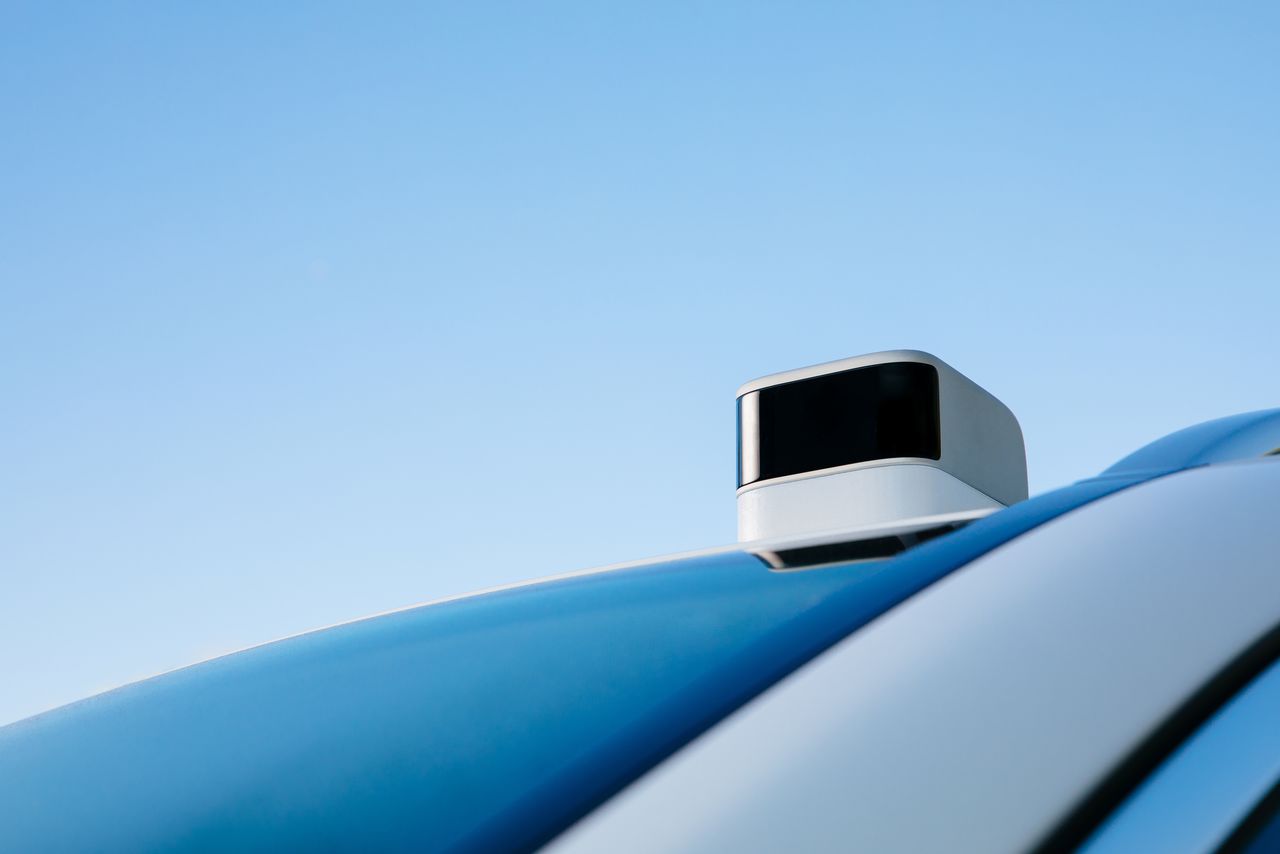 FILE PHOTO: Sensor is seen on a vehicle at Aeva Inc, a Mountain View, California-based startup that makes lidar sensors to help self-driving vehicles see the road in an undated handout photo provided September 4, 2020. Courtesy of Aeva Inc/Handout via REUTERS

(Reuters) - Self-driving sensor startup Aeva Technologies Inc, founded by former Apple Inc engineers, said on Thursday its sensor can detect other vehicles from beyond 500 meters and pedestrians from a distance of more than 350 meters.

Aeva makes a lidar sensor that helps cars gain a three-dimensional map of the road and can also detect the motion of distant objects, helping distinguish between non-moving objects like trees and pedestrians or cyclists. Aeva has deals with automotive suppliers Denso Corp and ZF Friedrichshafen AG for mass production of its sensors.

The detection range of lidar sensors is a key metric for automakers because longer-detection ranges mean a self-driving vehicle has more time to make a decision, especially at higher speeds.

Other companies such as Aeye Inc, which German automotive supplier Continental AG bought a stake in last year https://www.reuters.com/article/us-autos-selfdriving-continental-lidar/continental-buys-stake-in-lidar-startup-aeye-idUSKBN27C1JK, have said they can detect other vehicles at 300 meters.

Lidars send out laser beams and detect their reflections when they bounce back off their surroundings to generate an image. A key challenge is detecting dark objects that do not reflect much light.

Aeva said a proprietary chip it has developed allows its sensors to detect objects with below 10% reflectivity at long ranges.

"We aim to offer a combination of performance and scalability that we believe to be unmatched in the industry," Mina Rezk, co-founder and chief technology officer of Aeva, said in a statement.