Unused COVID shots piling up in Japan amid slow rollout 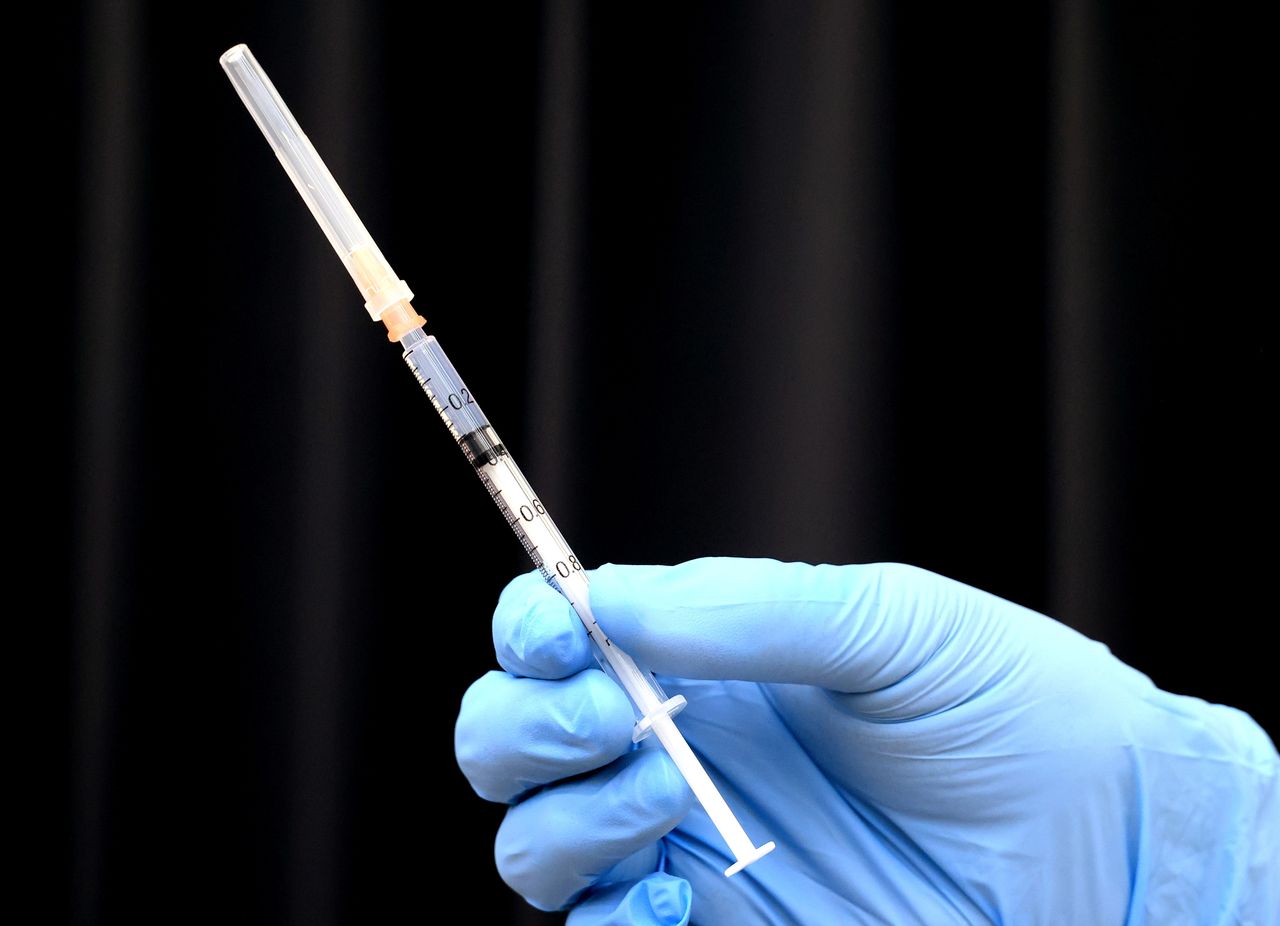 FILE PHOTO: A syringe with a dose of the vaccine against the coronavirus disease (COVID-19) is displayed at the Tokyo Metropolitan Cancer and Infectious Diseases Center Komagome Hospital in Tokyo, Japan March 5, 2021. Yoshikazu Tsuno/Pool via REUTERS

TOKYO (Reuters) - Unused COVID-19 vaccines in Japan are set to reach tens of millions of doses, as the country is poised to approve two more shots in coming weeks and the pace of its inoculation campaign remains slow due to manpower and logistical bottlenecks.

Japan imported 28 million doses of Pfizer Inc's COVID-19 vaccine through late April, but has so far used only 15% of the stockpile, with the remaining 24 million doses sitting in freezers.

Japan's vaccine supply is set to increase sharply as regulators are preparing to decide on May 20 on approval of the shots developed by Moderna Inc and AstraZeneca Plc, national broadcaster NHK reported late on Thursday.

The first batch of the Moderna vaccine had already arrived and an estimated 30 million doses of the AstraZeneca shot are being prepared by its local domestic partners.

Pfizer shipments are also due to accelerate to more than 35 million doses this month and next.

But against all this supply -- Japan has secured the largest amount of COVID-19 vaccines in Asia, as it gears up for the Olympics in the summer-- just over 4 million doses have administered to health care workers and the elderly.

It has inoculated only 2.2% of its population so far, the slowest among wealthy countries, and the government has an ambitious target of inoculating its 36 million elderly people by July.

To achieve that goal, Japan would need to administer about 800,000 shots per day, according to a group of business leaders urging the government to speed up the campaign, more than double the pace of the best days so far.

Taro Kono, the minister in charge of vaccines, said that there were snags in inoculation reservation system and that demand in large cities had outstripped capacity.

"Local government employees are really working hard, as are the call center staff so I ask that people refrain from issuing complaints as much as possible," Kono told reporters on Friday.

Japan began its vaccination push in February, later than most major economies, and logistical hurdles, mainly manpower, has also slowed the pace of its campaign.

About 2 million healthcare workers are still waiting for their first of the two shot regimen, and that has led to some frustration in the medical community, said Kazuaki Jindai, a physician and researcher in Kanagawa prefecture, south of Tokyo.

"It's not very transparent in terms of what's going on," said Jindai, who is still waiting for a second shot.

The government tasked the Defense Ministry to set up a mass inoculation site in Tokyo and Osaka by May 24. But there is still no timetable for when the general population will receive the shots and some health experts expect it could take until the winter or longer.

Representatives for AstraZeneca and Kono's office declined to comment on the NHK report on approval timeline. Takeda Pharmaceutical Co, which is handling imports of Moderna's vaccine, did not immediately respond.