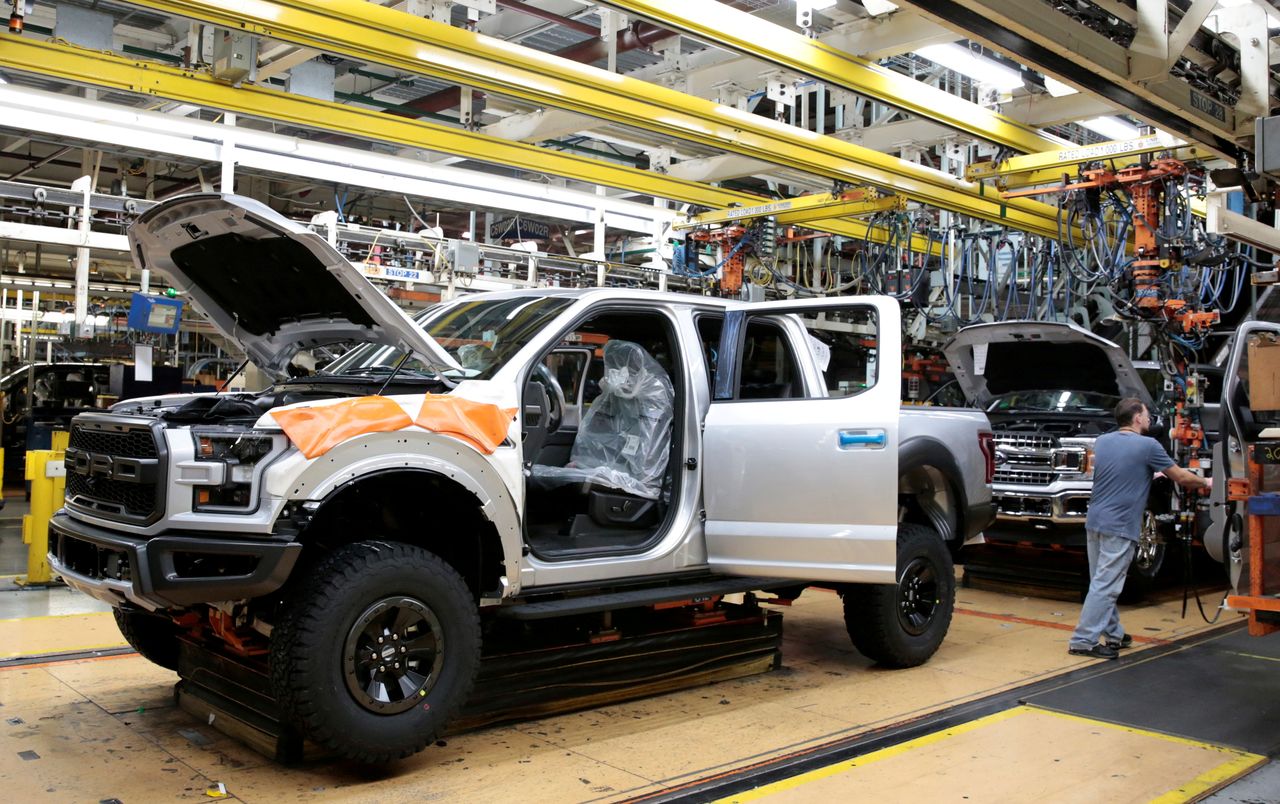 WASHINGTON (Reuters) -The U.S. auto industry and United Auto Workers union on Friday urged Congress to tie billions of dollars in government funding to boost semiconductor production to help fill the needs of automakers forced to slash production because of chip shortages.

Congress "should prioritize production of the semiconductors necessary to assemble vehicles here in the United States. This will ensure that motor vehicle manufacturers have a fair share of chips needed to meet consumer demand," said the American Automotive Policy Council, Motor & Equipment Manufacturers Association and UAW on Friday in a joint statement.

Tech companies and other industries have repeatedly urged the administration not to pick "winners and losers" or attach conditions to funding to address the chip shortage.

The letter seen by Reuters said the U.S motor vehicle industry is estimated to have lost over 330,000 production units as a result of the chip shortage.

Carmakers across the world curbed output, hampering attempts to recover from the pandemic, due to a shortage of chips used in everything from computer management of engines to driver assistance systems.

The global chip shortage hit automakers hard after many canceled orders when plants were idled during the coronavirus pandemic. At the same time, demand for chips boomed from consumer electronics makers churning out premium devices for people spending more time at home.

Automakers have warned the chips crisis could last until 2022 and have pressed the U.S. government to act.

Ford Motor Co last week warned the shortage may slash second-quarter production by half and for 2021, cost it about $2.5 billion and about 1.1 million units of lost production.

The letter urged the government to "include specific funding for semiconductor facilities that commit to dedicating a portion of their capacity to motor vehicle-grade chip production."

The groups said they were "dismayed" Raimondo said she was seeking to prioritize automakers. "We simply ask for fairness so that the health, safety, comfort, productivity, and other needs of Americans can be met," they wrote.

The department did not immediately comment. Raimondo told MSNBC Friday that the auto chip crisis was a factor in April's jobs report. The auto sector shed 27,000 jobs in April.