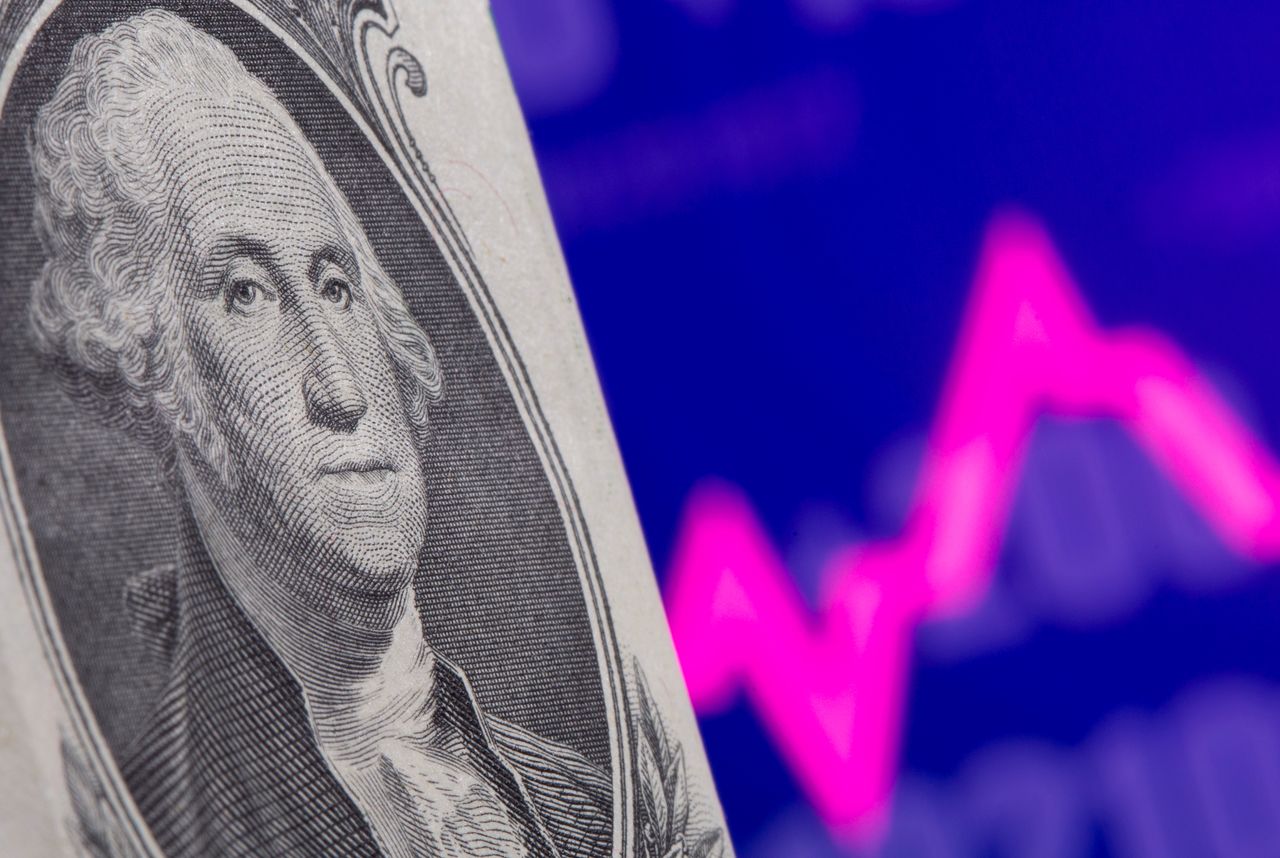 A U.S. one dollar banknote is seen in front of displayed stock graph in this illustration taken May 7, 2021. REUTERS/Dado Ruvic/Illustration

NEW YORK (Reuters) -The dollar languished at around 2-1/2 month lows on Monday as investors bet that rising inflation would erode the currency's value as the U.S. Federal Reserve maintains its loose monetary policy.

A weaker-than-expected jobs report on Friday helped persuade market participants that the Fed would keep rates low and continue purchasing assets, even if inflation rises. The United States created a little more than a quarter of the jobs that economists had forecast last month and the unemployment rate unexpectedly ticked higher.

"I think the biggest problem for the dollar right now is what's happening to real yields, which continue to tumble. We're seeing inflation breakevens continue to push higher," said Daniel Katzive, head of foreign exchange strategy North America at BNP Paribas. "This is creating a lot of vulnerability for the dollar."

In recent years, rising inflation expectations have helped the dollar because investors have assumed interest rates would be raised in response to higher prices.

The dollar index, which measures the greenback against six rivals, was last at 90.205, up 0.06% on the day, having earlier hit its lowest since Feb. 25.

The market this week will be focused on U.S. consumer price data reported Wednesday as well as retail sales on Friday. Wednesday's CPI data will show the state of inflation today, and while that may have some effect on the market, the higher breakeven rates seen Monday reflect broader bets that inflation will rise in the next several years.

"The Fed will let inflation run hot into 2023. I would be so shocked if the Fed hiked interest rates in 2022," said Greg Anderson, global head of foreign exchange strategy at BMO Capital Markets.

The British pound was the biggest gainer among the G10 currencies, rallying as high as $1.416, the highest since Feb. 25. It was last up 1.02% at $1.413. This was despite Scotland's leader saying that another referendum on independence is inevitable after her party's resounding election victory.

In cryptocurrencies, ether extended this month's record run, surging to an unprecedented $4,148.88. The second-biggest digital token has rallied 41% so far in May and was up 4.52% on Monday.

(Reporting by Kate Duguid and Saikat Chatterjee; Editing by David Gregorio and Will Dunham)