By Leika Kihara and Elaine Lies

TOKYO (Reuters) -Japanese Prime Minister Yoshihide Suga said on Monday that he has never "put the Olympics first", as an opinion poll showed nearly 60% of people in Japan want the Games cancelled with fewer than eleven weeks left before they are due to open.

Japan has extended a state of emergency in Tokyo and three other areas until the end of May and is struggling to contain a surge in COVID-19 cases, raising more questions about whether the Games should go ahead. Its vaccination rate is also the lowest among wealthy nations.

International Olympic officials, Tokyo planners and Suga himself have insisted the Games will go on in "a safe and secure" way. Foreign spectators will not be allowed and planners issued an elaborate set of rules last month aimed at preventing coronavirus infections.

But such arrangements have not eased public worries over the Games that were postponed last year due to the coronavirus.

A opinion survey conducted on May 7-9 by the Yomiuri Shimbun daily showed 59% of respondents wanted the Games cancelled as opposed to 39% who said they should be held. "Postponement" was not offered as an option.

Another poll conducted at the weekend by TBS News found 65% wanted the Games cancelled or postponed again. More than 300,000 people have signed a petition to cancel the Games since it was launched about five days ago.

Opposition members of parliament grilled Suga for hours about holding the Games under these circumstances.

In apparent acknowledgment of the public concern about holding the Games no matter what, Suga, when asked if the Games would go ahead even if infections spiked, replied: "I've never put Olympics first".

"My priority has been to protect the lives and health of the Japanese population. We must first prevent the spread of the virus," he said.

Voter support for Suga's government is now at its lowest level since he took office last year, with a majority of the public unhappy with his handling of the pandemic, a poll showed.

A tweet by one of his advisers downplaying the pandemic and laughing off calls for the Games to be cancelled has also drawn public ire.

Suga has said the International Olympic Committee (IOC) has the final say on the Games and the government's role was to take steps so they can be held safely. Several test events with foreign athletes have been successfully held, most recently on Sunday.

A visit by IOC head Thomas Bach scheduled for May 17-18 has been cancelled "in the light of the extension of the state of emergency last week and various circumstances we are facing," Tokyo 2020 organisers said in a statement.

"We will continue to monitor the COVID-19 situation in Japan and other relevant factors and will re-arrange his visit to Japan as soon as possible."

Media said the visit would likely take place in June, with one outlet saying that lifting the state of emergency would be a prerequisite.

An official in Okayama prefecture said they were considering keeping the Olympic torch relay off public roads when it passes through next week. Though other prefectures have taken similar steps, they were under states of emergency or other restrictions at the time.

Top Olympic official John Coates said on Saturday that while public sentiment in Japan about the Games "was a concern" he could foresee no scenario under which the sporting extravaganza would not go ahead.

On Sunday, Japanese tennis player Naomi Osaka said that even though she had waited her whole life to take part in the Olympics, the risk of holding the Tokyo Games should be carefully discussed. 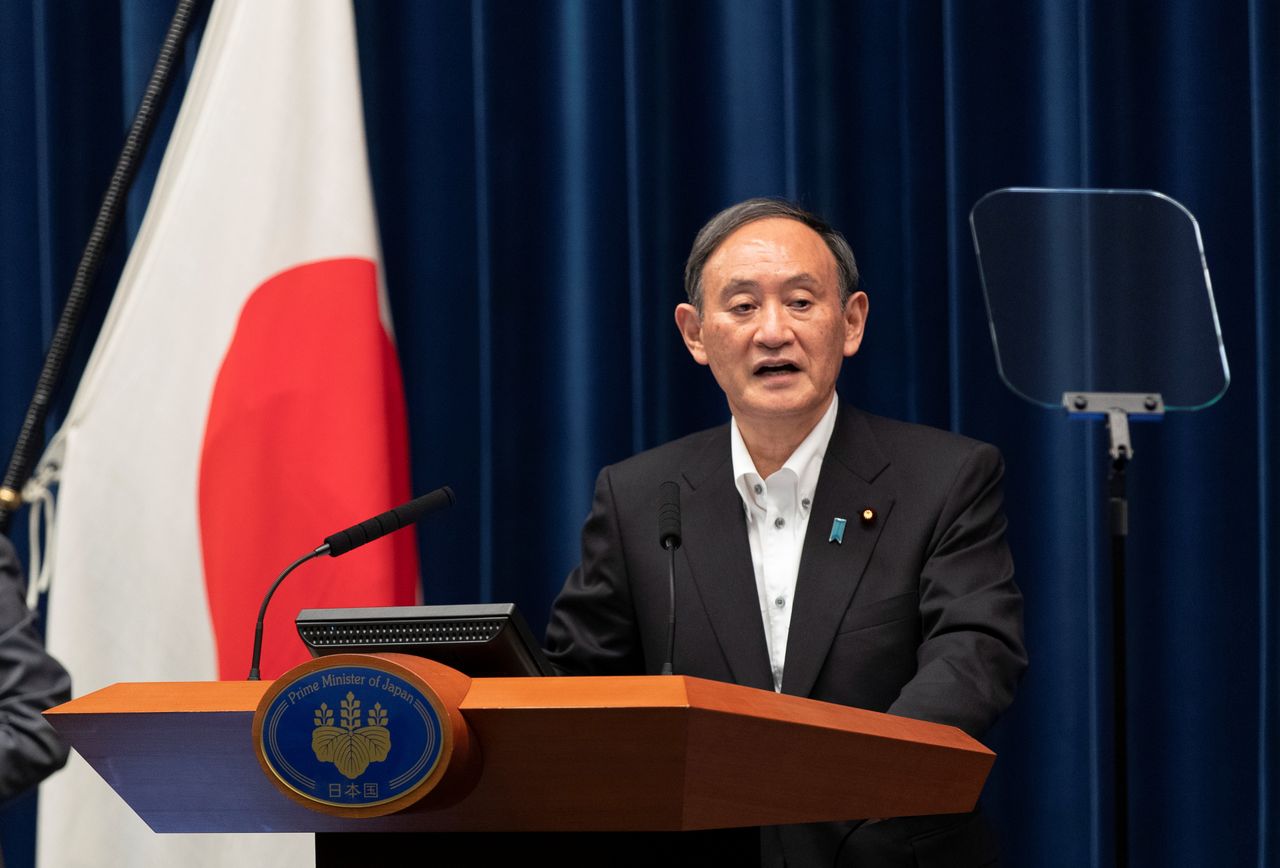 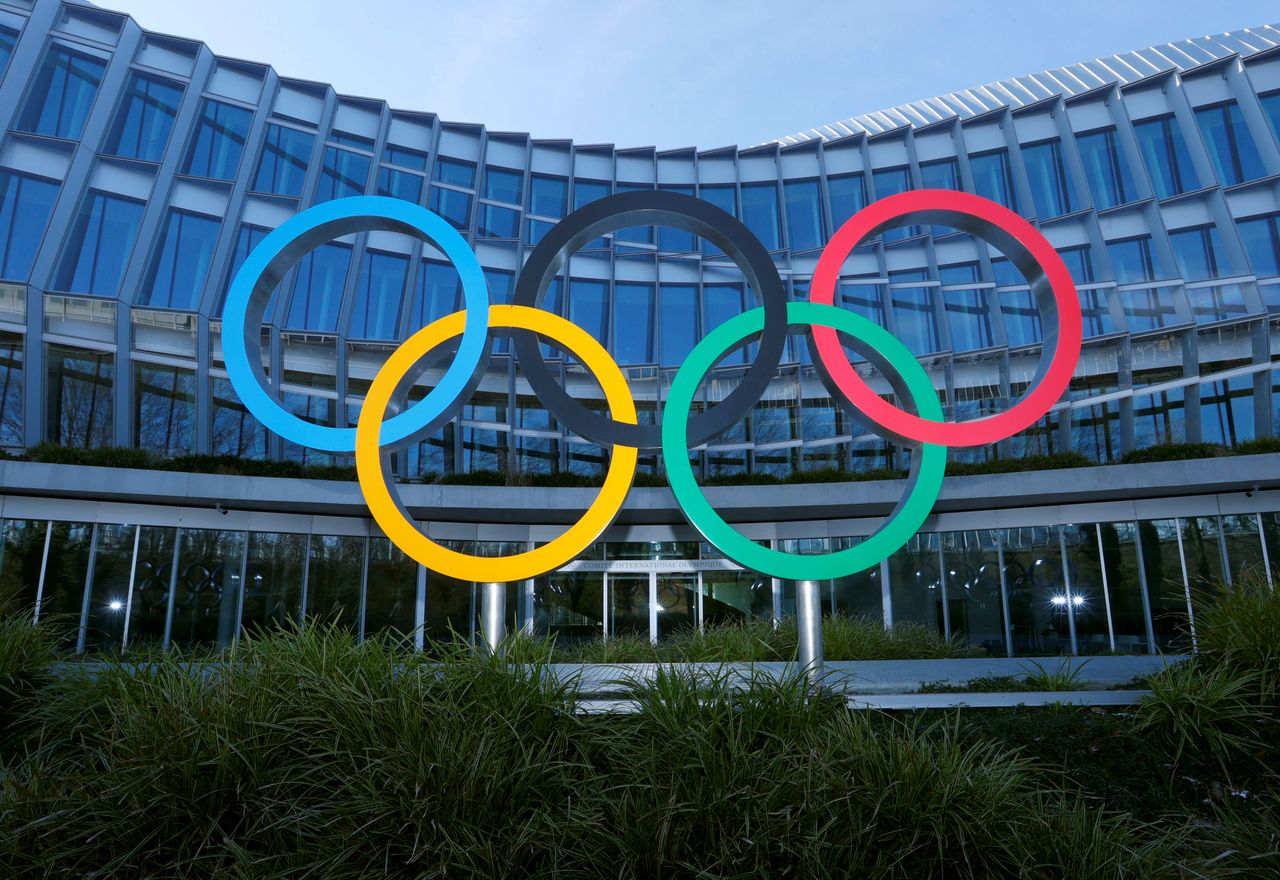 The Olympic rings are pictured in front of the International Olympic Committee (IOC) headquarters during the coronavirus disease (COVID-19) outbreak in Lausanne, Switzerland, January 26, 2021. REUTERS/Denis Balibouse/Files