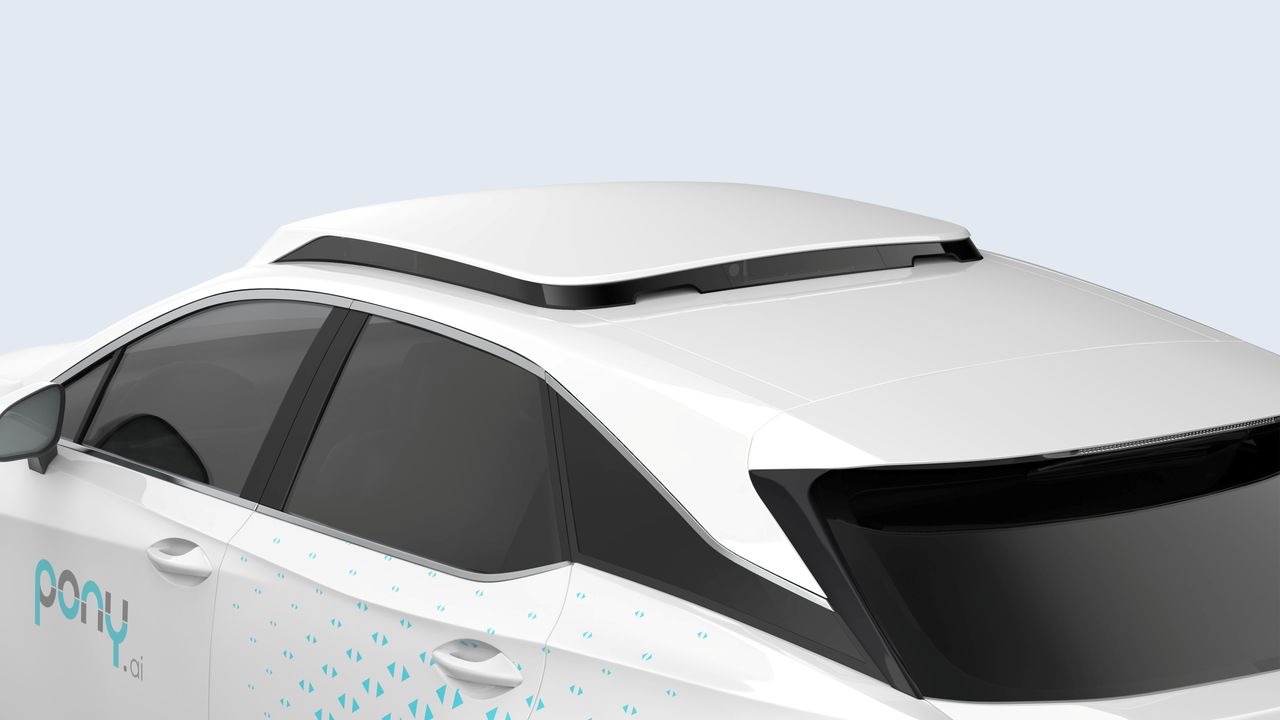 Rendering of a robotaxi with Pony.ai?s next generation self-driving technology using Luminar?s Iris lidars, in this undated handout image supplied by Pony.ai. Pony.ai/Handout via REUTERS

Lidars are laser-based sensors that are a key component to many autonomous vehicle technologies and help them perceive the environment around the cars.

James Peng, Pony.ai CEO said the startup chose Luminar's Iris lidar for its performance but also as it can be integrated into the car better than traditional lidars.

"It's actually starting to blur the line between what you see as a very well designed passenger vehicle and the monstrosities that have been on top of some of the AV test vehicles," said Austin Russell, founder and CEO of Luminar.

Luminar's Iris lidar is about 10 centimeters high and Peng said four of them will be mounted on top of the car for 360 degree views. He said Pony.ai is aiming for automotive-grade production of autonomous fleets in 2023 globally.

Pony.ai has Robotaxi services in Guangzhou, Shanghai, Beijing, and Irvine and Fremont in California with a fleet of about 200 autonomous vehicles. Late last year, the startup raised $267 million at a valuation of $5.3 billion.

In addition to Pony.ai, Luminar earlier this year announced a partnership with SAIC Motor Corp, China's largest automaker and a deal with the self-driving software subsidiary of Volvo Cars, owned by China's Geely Automobile Holdings.

Luminar, founded in 2012, is one of several U.S. lidar manufacturers in the past year to go public via reverse mergers with blank-check companies.