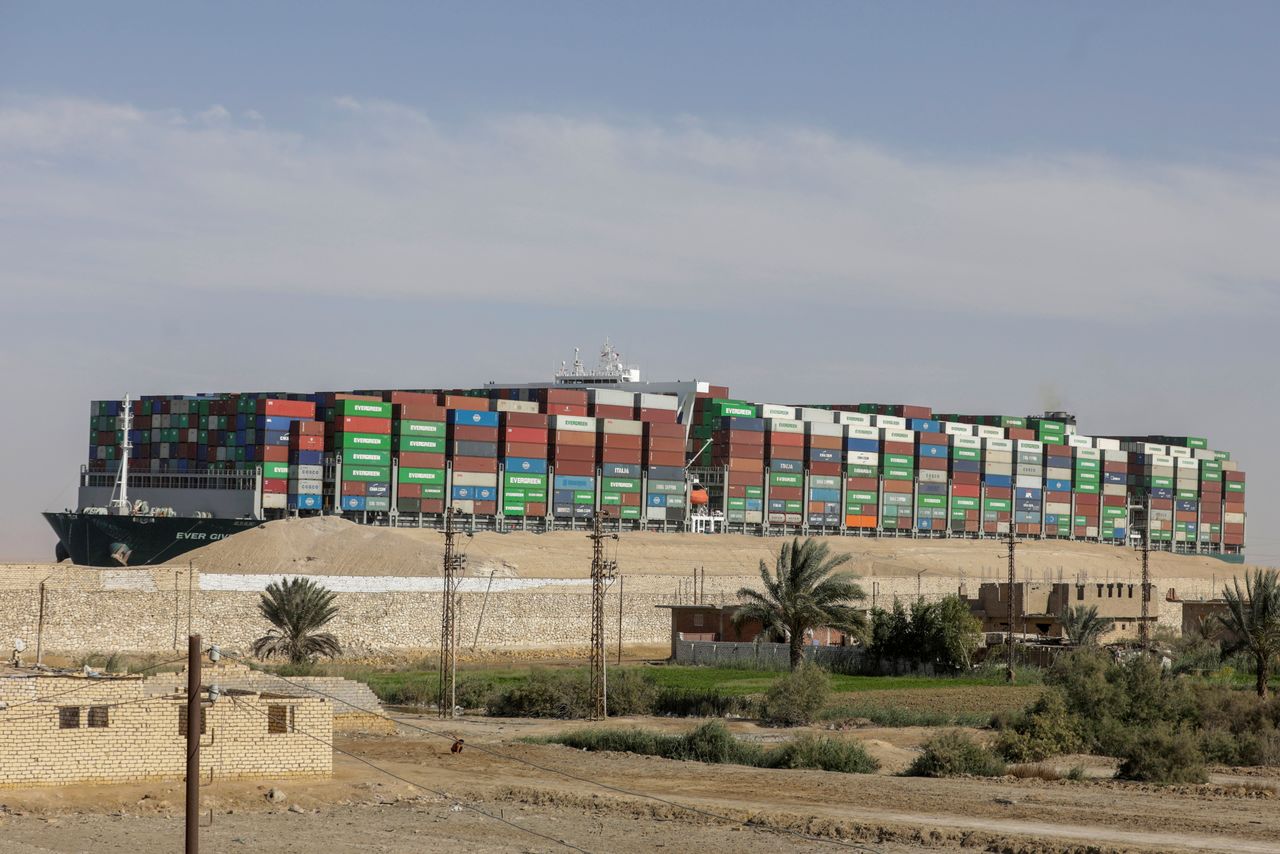 CAIRO (Reuters) - UK Club, an insurer of the container ship that blocked the Suez Canal in March, said on Monday a reduced compensation claim made by the Egyptian authorities for almost $600 million to free the vessel and cover related losses was still "exceptionally large".

The Suez Canal Authority (SCA) adjusted its claim from an initial $916 million in an effort to settle out of court, SCA head Osama Rabie told private TV network MBC Masr on Saturday.

The Ever Given, one of the world's largest container ships, was jammed across the canal for six days from March 23, stopping traffic in both directions.

The vessel, still loaded with thousands of containers, is being held in a lake between two stretches of the canal amid the dispute about the level of compensation SCA has claimed from the Japanese owner Shoei Kisen.

Rabie said on Saturday there was no immediate prospect of a settlement. "We haven't seen any response from their side so far, so we are moving forward with the issue, as we were, in the court," he said.

UK Club said the reduced amount proposed had not been reflected in SCA's claim filed at court.

"The Ever Given's owners still have not been provided with evidence that would support a claim of this size, which remains exceptionally large. The Ever Given's interests continue to negotiate in good faith with the SCA," it added.

An Egyptian economic court is due to hold a hearing on May 22 to consider the SCA claim for what it describes as losses due to the blockage and costs for dislodging the ship, SCA sources said.

An Egyptian investigation into the incident found no wrongdoing by the SCA or its pilots, the sources said, without elaborating.

One source said the court could authorise the SCA to auction off the ship if the owner rejected any ruling to compensate the canal authority. Rabie has also mentioned such an outcome.

An Egyptian court rejected an appeal by Shoei Kisen against the Ever Given's detention earlier this month.

(Reporting by Jonathan Saul in London and Yousry Mohamed in Ismailia; Writing by Mahmoud Mourad; Editing by Aidan Lewis and Edmund Blair)