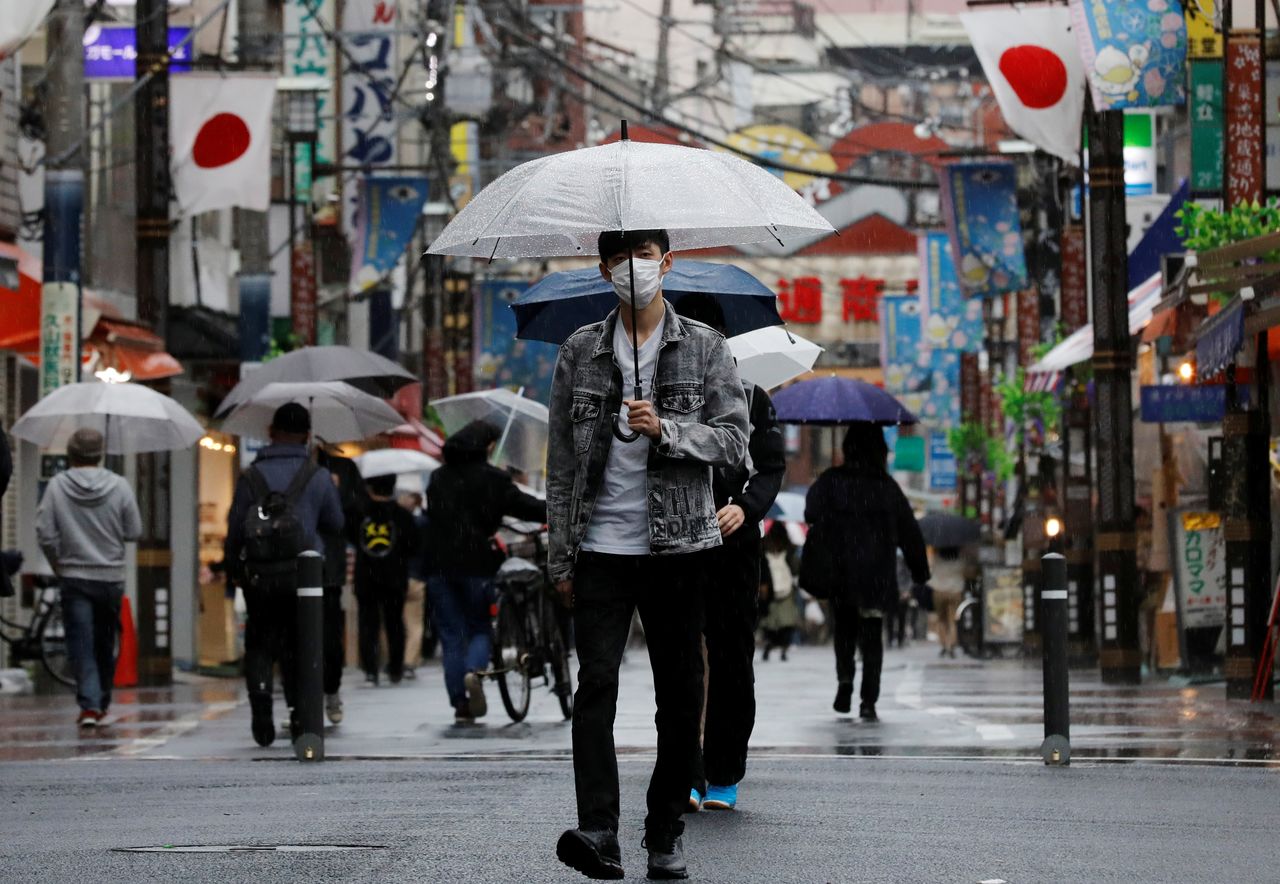 TOKYO (Reuters) - Japan's household spending posted its biggest monthly gain in 18 months in March, data showed on Tuesday, as consumer demand rebounded strongly from the heavy blow it took from the worsening impact of the coronavirus pandemic last year.

But an extension of new state of emergency restrictions and slow vaccine rollouts are clouding the outlook for the world's third-largest economy, and was likely to keep spending under pressure.

Household spending surged 6.2% in March from a year earlier, after a 6.6% decline in February, government data showed, and was stronger than a median market forecast for a 1.5% gain in a Reuters poll.

The jump marked the biggest gain since September 2019, and was the first advance in four months.

The overall spending gain was mainly due to a rebound from last year's contraction, a government official said, when the health crisis wreaked havoc on economic activity.

The month-on-month figures were also positive, posting a 7.2% rise compared with a forecast of a 2.1% gain.

"The number of infections increased rapidly in April, so there will likely be a decline again," said Takeshi Minami, chief economist at Norinchukin Research Institute.

That was likely to be followed by a moderate pickup in spending in May and June, he said.

Demand for travel services rebounded strongly compared to a year earlier, but remained at a relatively low level, the data showed, as COVID-19 continued to weigh.

"Department stores were closed in April and people refrained from travelling," Minami added.

The data was unlikely to dispel worries that Japan's economic recovery lags that of other major economies after the government last week expanded emergency curbs to halt the latest rise in COVID-19 infections.

The Japanese government has already deployed huge monetary and fiscal stimulus to help the economy withstand a blow to global trade from the health crisis, and the heavy toll it has taken on consumer sentiment which has hurt services spending.