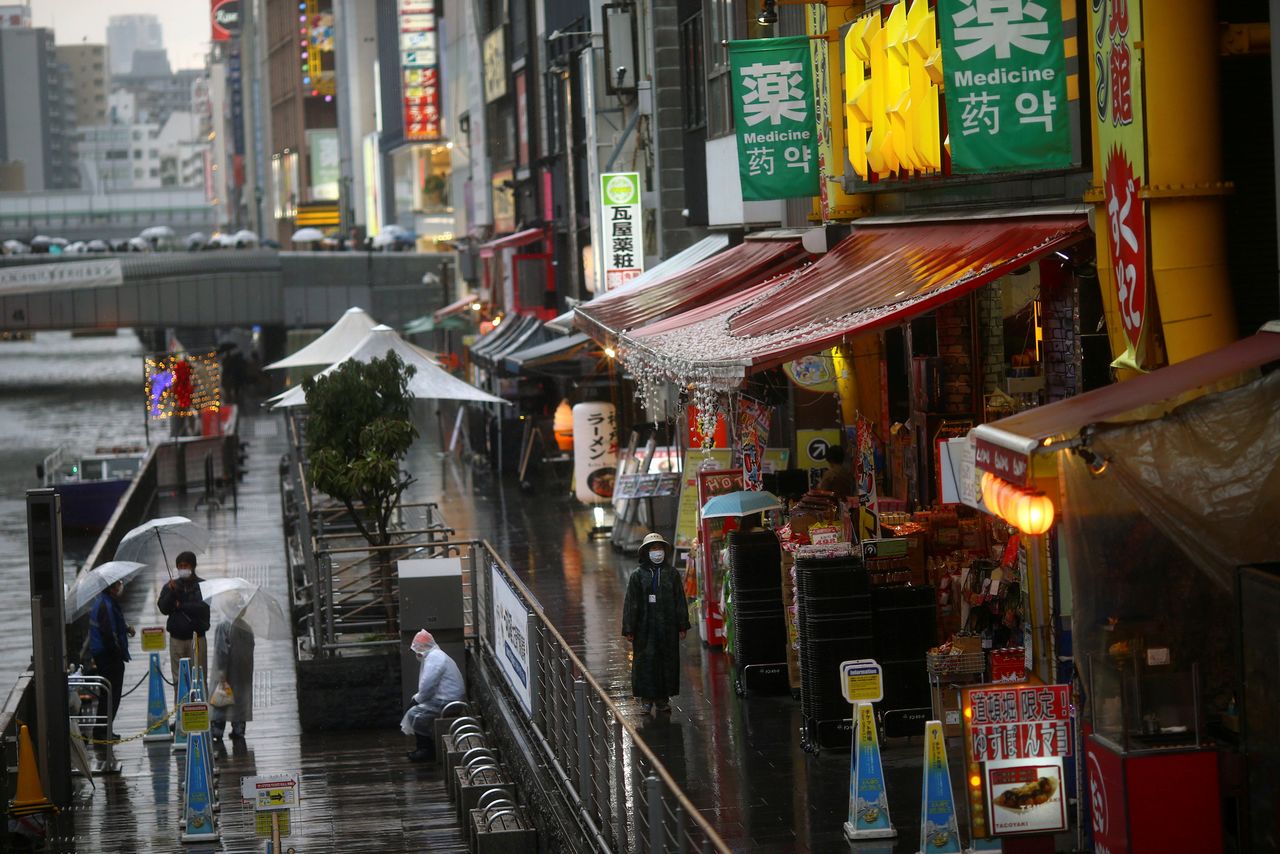 TOKYO (Reuters) -A growing number of Japanese people are dying of COVID-19 at home as more infectious variants of the coronavirus fuel a fourth wave of infections and hospital resources are stretched to the verge of collapse.

Public anger with the government over its handling of the crisis is growing as are doubts about the viability of holding the Olympic Games in just over 10 weeks, as a vaccination campaign struggles to build up steam.

"Compared to the number of infections, the number of beds for severe cases is very limited in Japan," Yasutoshi Kido, a professor at Osaka City University's Graduate School of Medicine, said on Tuesday.

Eighteen people have died of COVID-19 at home in Osaka Prefecture, 17 of them since March 1, as highly infectious strains of the virus caused a spike in cases, the prefecture said late on Monday, reporting deaths outside hospital for the first time.

Prefecture officials did not give details of why the 18 people had not been admitted to hospital but news of their deaths came as more than 96% of the prefecture's critical care beds were occupied.

Kido said hospitals in Osaka were turning away cancer and heart disease patients to make room for COVID-19 cases but their ability to reallocate resources had "almost collapsed".

Osaka's governor, Hirofumi Yoshimura, told a news conference that in light of the deaths at home amid the shortage of hospital beds, he had asked the medical association to arrange visits to house-bound patients.

The western region has been particularly hard hit by the coronavirus and has become the epicentre of cases caused by a variant first identified in Britain that is more infectious and causes more serious conditions.

Osaka had 974 new coronavirus cases on Tuesday while Tokyo had 925.

At one Osaka nursing home, 61 residents were infected and 14 died while waiting to be hospitalised, public broadcaster NHK reported last Friday.

The government aims to bring infections under control with new restrictions and extended a state of emergency for much of the country late last week, a little more than two months before the opening of the Tokyo Olympics.

The extended emergency covers Tokyo, Osaka, and four other prefectures and will last until May 31.

The Games were postponed by a year as the coronavirus spread around the world last year and organisers are pressing ahead with plans to hold the sporting showpiece from July 23 despite mounting public opposition.

Some prefecture governors called for stronger emergency measures nationwide at an online meeting on Monday, the Kyodo news agency reported.

Japan lags most wealthy countries in its vaccination campaign. Just 2.6% of the population has been inoculated, according to a Reuters tracker, and there are reports that people are finding it difficult to book shots.

"Japan is behind. So our goal now is to really support an acceleration of the vaccination," said Christophe Weber, chief executive of Takeda Pharmaceutical Co, which is handling imports of Moderna Inc's vaccine.

Social media has simmered with discontent over the government's handling of the pandemic. News that the deputy mayor of a central city had agreed to prioritise vaccine shots for the chairman of drug retailer Sugi Holdings Co and his wife drew thousands of angry posts on Twitter.

A publishing company posted in newspapers a World War Two-era photograph of children preparing to defend the country with sticks to highlight what it saw as the government's failure to defend the public from the virus.