Buyback to the future: pre-pandemic peak in sight 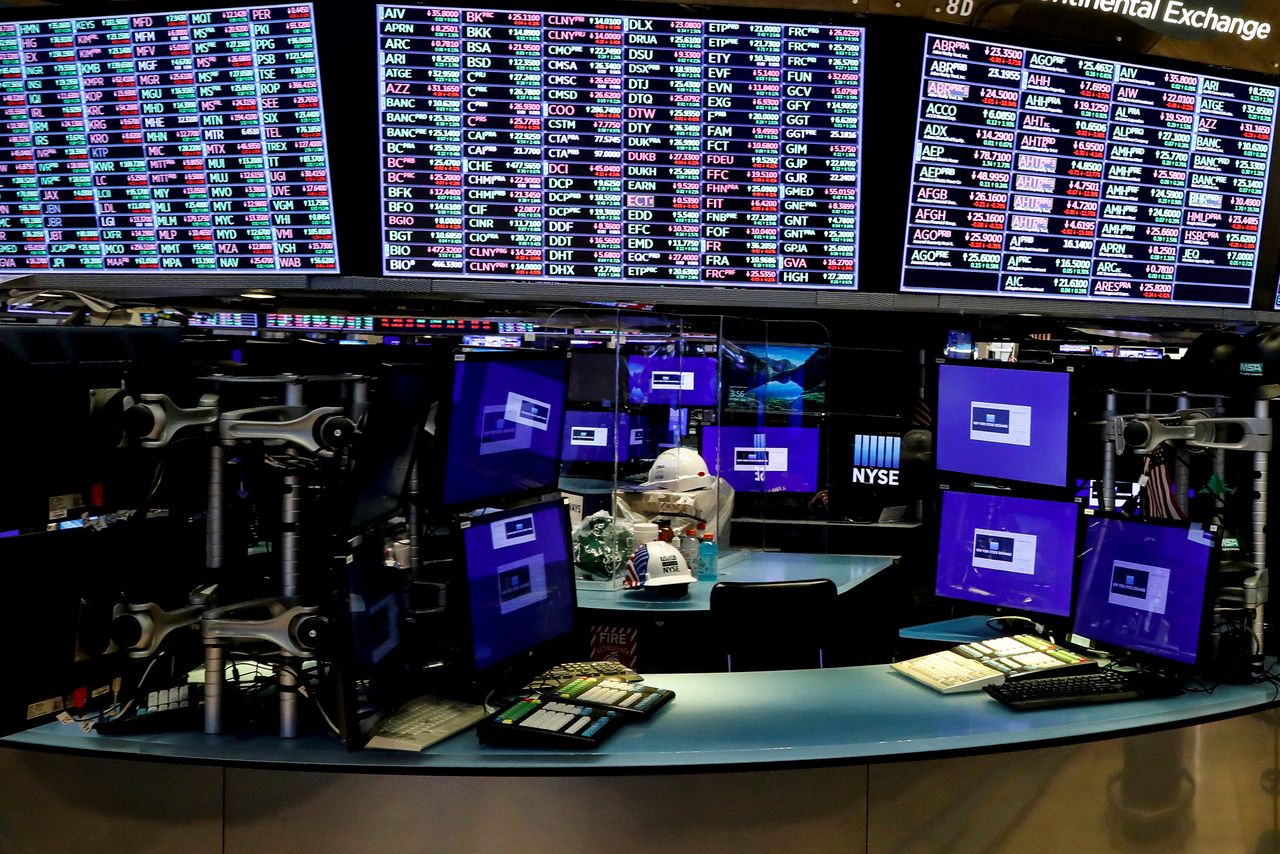 FILE PHOTO: Dividers are seen inside a trading post on the trading floor at the New York Stock Exchange (NYSE), May 22, 2020. REUTERS/Brendan McDermid/File Photo

By Thyagaraju Adinarayan and Sujata Rao

LONDON (Reuters) - Trillions of dollars stashed by U.S. and European companies during the coronavirus pandemic are starting to flow to shareholders, largely via buybacks, after a 2020 drought.

Buyback announcements came thick and fast with first-quarter results, with multi-billion dollar programmes from Apple and Alphabet stealing the limelight.

Analysts note a buyback rebound in Europe too, ranging from Maersk and Unilever to Carrefour, which is planning its first in a decade.

Some $360 billion in buybacks were announced in the first four months of 2021, versus $190 billion in the same year-ago period, JPMorgan strategist Nikolaos Panigirtzoglou said.

U.S. buybacks accounted for $300 billion, Panigirtzoglou said, up from $130 billion a year ago.

"We are seeing buyback activity almost doubling relative to 2020. Annualising that, we get a full-year figure of $900 million for the United States which is what we saw in 2019."

The announcements could prove a key source of support for markets, by decreasing the number of a shares outstanding, buybacks boost earnings per share and drive down the price-to-earnings ratio, a valuation measure.

Some banks say European firms, known to favour dividends for returning cash to investors, may also shift to buybacks which are widely credited for driving U.S. equity outperformance.

"A step change in buyback activity would likely encourage U.S. and global investors to re-engage with Europe on the grounds of greater corporate focus on perceived shareholder-friendly activity," Morgan Stanley's Ross MacDonald wrote.

JPMorgan's Panigirtzoglou does not, however, expect buybacks to breach the 2018 global record of $1.2 trillion, unless the coming months bring a market correction. Selloffs in 2015 and 2018 prompted companies to snap up newly cheap shares, he noted.

Buybacks generally recover quicker than dividends after a crisis. But while Refinitiv I/B/E/S data shows U.S. dividends fully recovering over the coming year, European payouts are expected at $276 billion, still $40 billion off pre-COVID peaks. (Graphic: Divi race: Europe plays catch up as U.S. is closing in on record, https://fingfx.thomsonreuters.com/gfx/buzz/nmovagloova/Pasted%20image%201620721887478.png)