SEOUL (Reuters) - A pandemic-driven boom in home appliance sales will last longer than previously anticipated and extend into the second half of the year, Samsung Electronics Co Ltd's head of the business said.

Lee Jae-seung, president of the South Korean company's digital appliances business, told Reuters in an interview that he had originally expected the boom to subside after the first quarter of this year.

But extended travel restrictions despite vaccine rollouts and consumers being flush with cash due to economic stimulus measures of governments plus limited spending avenues for them had stretched the boom, Lee said.

A buoyant demand outlook from one of the prominent global home appliances makers brings supply-chain issues to the fore, specifically a shortage of semiconductors that has hurt many industries, particularly the automobile sector.

Lee acknowledged that the global chip shortage is weighing on Samsung too, but said the appliance business has "secured enough to respond".

It has done this by swapping chips to 12-inch wafer ones from 8-inch ones, undertaking software workarounds, and diversifying chip sourcing firms to two or more per chip from countries such as Japan, Taiwan and China, he said.

"When all market players are buoyed by rising demand, supply competitiveness is crucial in occupying the market early," Lee said

Samsung saw first-quarter home appliance sales jump in all markets, including a 144% surge in vacuum cleaner sales in North America, a 79% increase in dishwashers in Europe and a 12-fold jump in robot vacuum sales in Brazil.

Samsung is also globally expanding its 'Bespoke' brand customised appliances. For example, Korean fridge customers can choose from 360 colours for each door.

Samsung, though, is also in the process of adding new lines in most factories including in Mexico, the United States and South Korea to meet rising demand.

It will offer customised, connected refrigerators, kitchen appliances, air purifiers and vacuum cleaners as well as closets that produce steam to clean clothes and shoes and kill bacteria, in markets such as North America, Europe and Korea this year.

Samsung does not disclose standalone home appliance earnings, but according to Eugene Investment & Securities, the business made an operating profit of about 400 billion won ($357.71 million) in the January-March quarter, more than a two-fold jump from about 140 billion won a year earlier. 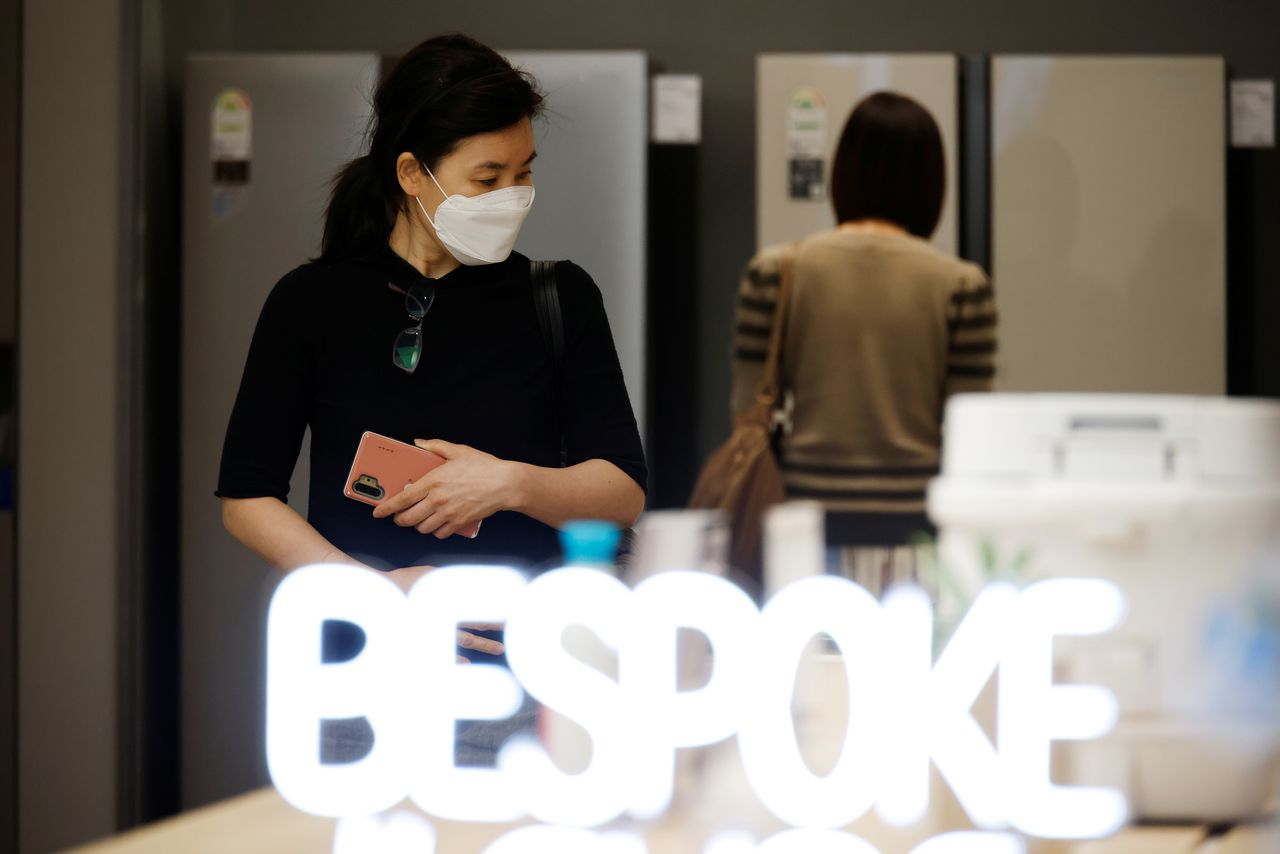 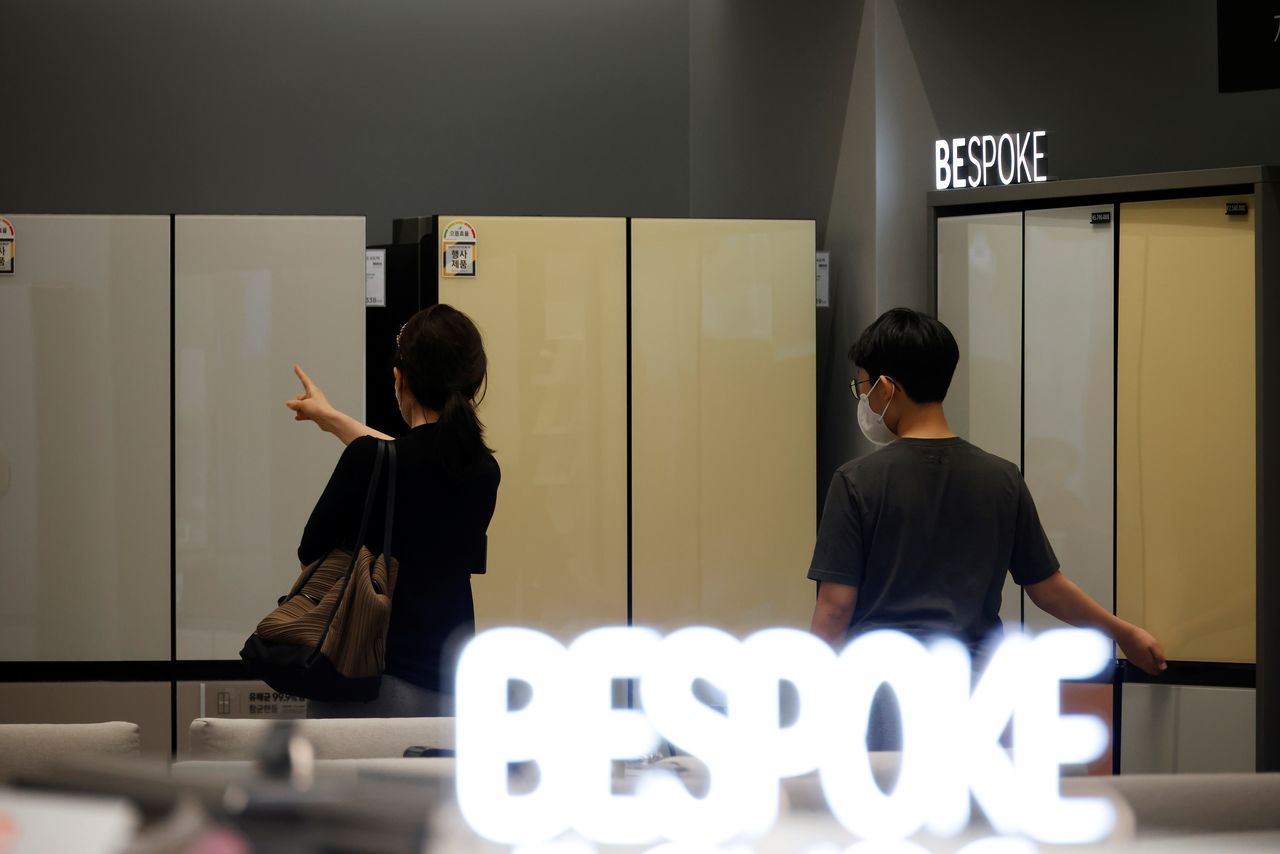 A woman and her son look around Samsung Electronics' BESPOKE refrigerators on display at its store in Seoul, South Korea, May 3, 2021. Picture taken on May 3, 2021. REUTERS/Kim Hong-Ji 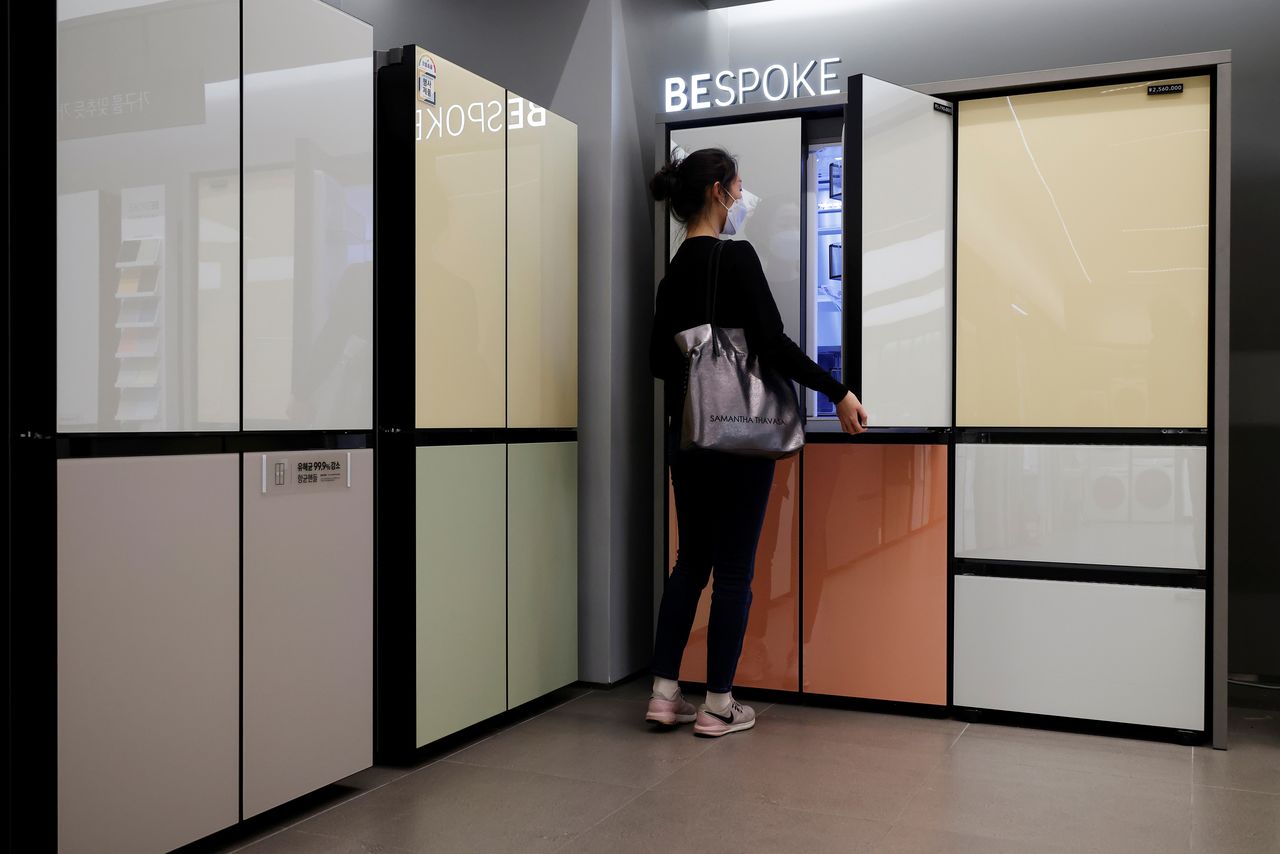 A woman looks around Samsung Electronics' BESPOKE refrigerators on display at its store in Seoul, South Korea, May 3, 2021. Picture taken on May 3, 2021. REUTERS/Kim Hong-Ji