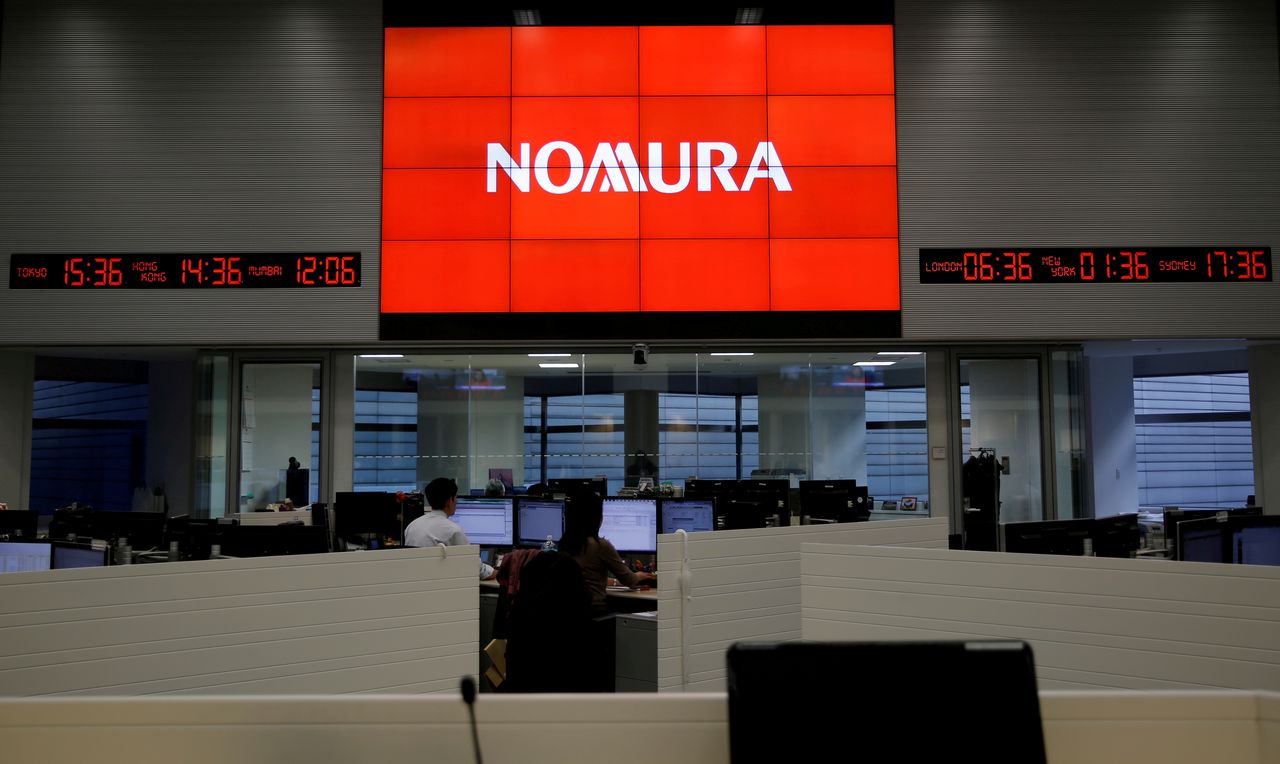 TOKYO (Reuters) - Nomura Holdings Inc raised its pretax income target for the next fiscal year by 14%, showing the long-cherished ambitions of Japan's top brokerage and investment bank to join the global elite remain undimmed, despite sustaining a near $3 billion hit from the collapse of U.S. investment fund Archegos.

Setting out guidance in a mid-term presentation, Nomura on Wednesday said it was basing its raised target on a strategy of developing its footprint in global private markets, taking in business with unlisted companies, like private equity funds, as well as services for wealthier private clients.

The new target raises the bar from the 280 billion yen profit targeted in an estimate issued a year ago, and represents a 29% jump from the 247.6 billion yen it posted for the year ended in March 2021.

Chief Executive Kentaro Okuda told a media briefing on Wednesday that Nomura has exited more than 99% of its Archegos-related positions and reiterated that it has no plans to shy away from the prime brokerage business.

But he added that the bank would reduce prime brokerage transactions that only provide credit using stocks as collateral.

The upward profit target revision is driven by a higher forecast for the wholesale division, which is expected to post a profit of 150 billion yen for April 2022-March 2023, more than double the 64.3 billion yen posted for the year just ended.

Earnings at Nomura's wholesale arm, which includes overseas operations, have been highly volatile since its disastrous 2008 acquisition of Lehman Brothers' Asian and European businesses, forcing the bank to repeatedly implement drastic cost cuts.

In an effort to expand stable revenue sources, Nomura now targets a 50% income growth in the advisory business and a 40% increase from private equity and private debt markets, which includes businesses with unlisted companies, over the next few years.