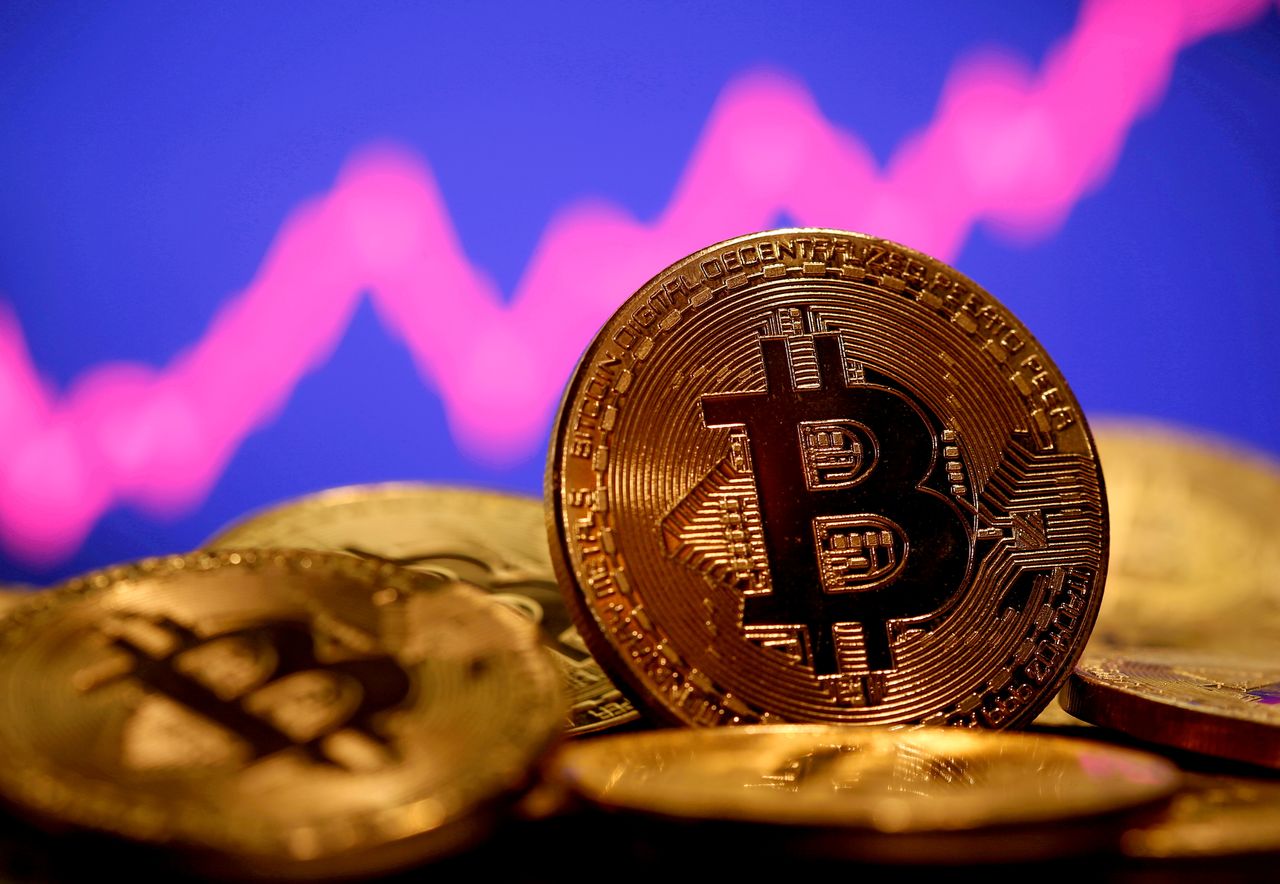 FILE PHOTO: A representation of virtual currency Bitcoin is seen in front of a stock graph in this illustration taken January 8, 2021. REUTERS/Dado Ruvic/File Photo

LONDON (Reuters) - An Australian computer scientist who alleges he created bitcoin has launched a London High Court lawsuit against 16 software developers in an effort to secure bitcoin worth around 4 billion pounds ($5.7 billion) he says he owns.

In a case that was promptly labelled "bogus" by one defendant, Craig Wright is demanding that developers allow him to retrieve around 111,000 bitcoin held at two digital addresses that he does not have private keys for.

In his second London lawsuit in three weeks, Wright alleges he lost the encrypted keys when his home computer network was hacked in February 2020. Police are investigating.

Wright, who is bringing the case through his Seychelles-based Tulip Trading firm, concedes he is a controversial figure since alleging in 2016 that he wrote the bitcoin white paper - which first outlined the technology behind the digital assets - under the pseudonym Satoshi Nakamoto in 2008.

The claim is hotly disputed.

The Australian, who is autistic and lives in Britain with his wife and two of his three children, alleges in his latest lawsuit that developers have breached their duties to act in the best interests of the rightful owner of globally-traded assets.

"Our client has always maintained that he created bitcoin to operate within existing laws and that in the event of loss or theft, where legitimate ownership can be proven, the developers have a duty to ensure recovery," said Paul Ferguson, a partner at law firm Ontier, which is representing Wright.

One of the defendants, Peter Todd, said he and others were not involved in day-to-day network development, that Wright had not proven his ownership and that bitcoin should not be subject to "arbitrary seizure".

"As this very case shows, if we allow people to get coins seized and reassigned by court order, that puts your coins at risk of being stolen by abuses of those fallible processes," he said by email.

Other defendants were not immediately available.