(Reuters) -The International Olympic Committee (IOC) on Wednesday said it supported Japanese measures to counter COVID-19 and was confident the Tokyo Olympics would be a "historic" event, despite wide public opposition.

With less than three months to go before the Games begin on July 23, Japan is battling a surge in coronavirus infections.

A majority of its population wants the Olympics cancelled or postponed for a second time, according to several polls, with about 70% of the 10,500 athletes -- about 7,800 -- already qualified for the Games.

"We are now very much in an implementation phase with 78 days to go and fully concentrated on delivering the Games," IOC spokesman Mark Adams told an online news conference.

"When the Games happen and the Japanese people are proud hosts of an event that will be an historic moment, I think I am very confident we will see public opinion hugely in favour of the Games."

His online news conference, however, ended with a protester, who had signed up as a journalist to ask a question, unfurling a banner reading "No to Olympics" and shouting profanities and "No Olympics anywhere" before being cut off.

Japan has extended a state of emergency in Tokyo and three other areas until the end of May as the number of cases rises daily, forcing IOC President Thomas Bach to postpone a visit to Japan in May.

An opinion survey conducted from May 7-9 by the Yomiuri Shimbun daily showed 59% of respondents wanted the Games cancelled as opposed to 39% who said they should be held. "Postponement" was not offered as an option.

Another poll conducted at the weekend by TBS News found 65% wanted the Games cancelled or postponed again. More than 300,000 people have signed a petition to cancel the Games since it was launched about five days ago.

"In terms of Japan and Tokyo we understand the caution," Adams said. "We are fully in solidarity with them. People are very cautious. We have to fully trust Japanese authorities."

"There will be ups and downs (in public opinion).We have to take account of public opinion on a longer term. As thing stand now we are moving full ahead. We continue to plan for full Games. That's the way it has to be for us." 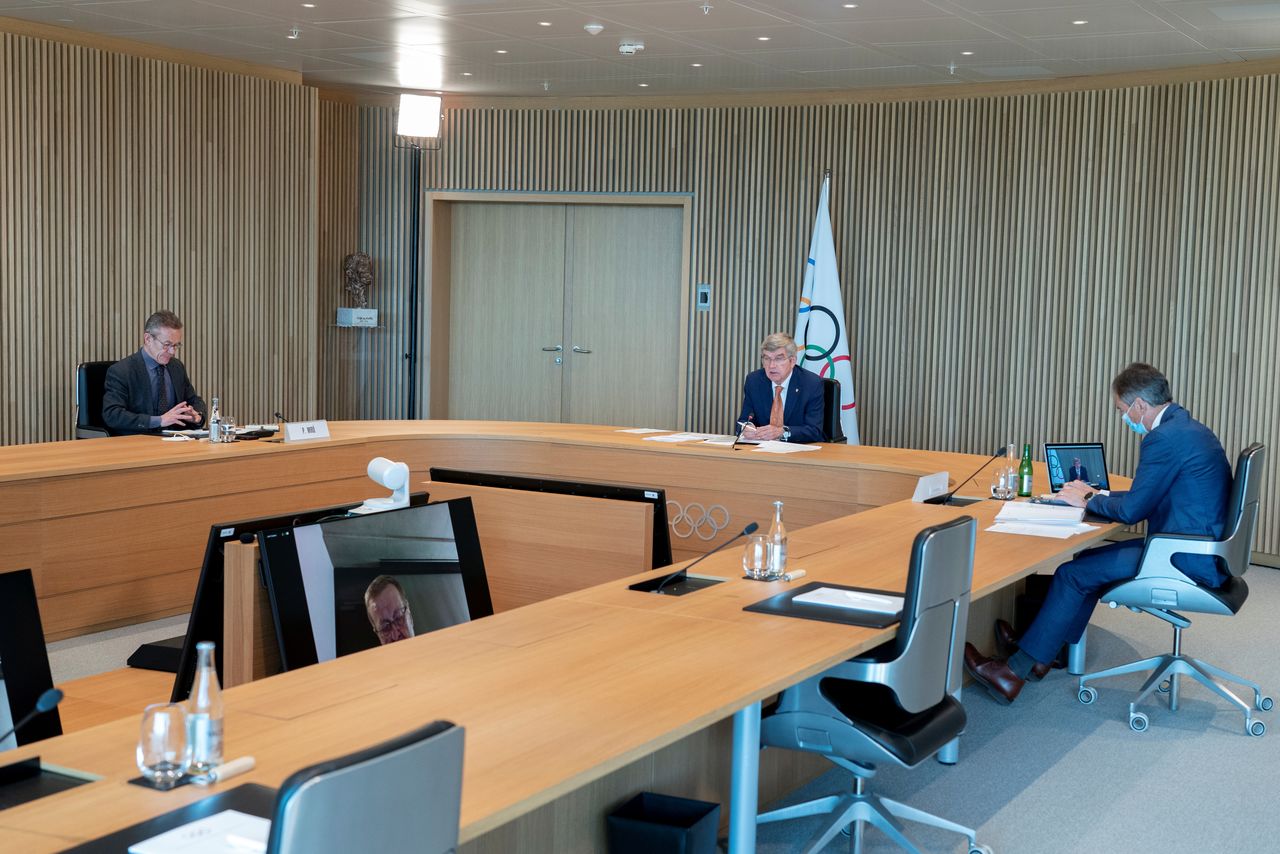 International Olympic Committee (IOC) President Thomas Bach opens the Executive Board virtual meeting at the Olympic house in Lausanne, Switzerland, May 12, 2021. Greg Martin/IOC/Handout via REUTERS THIS IMAGE HAS BEEN SUPPLIED BY A THIRD PARTY. NO RESALES. NO ARCHIVES 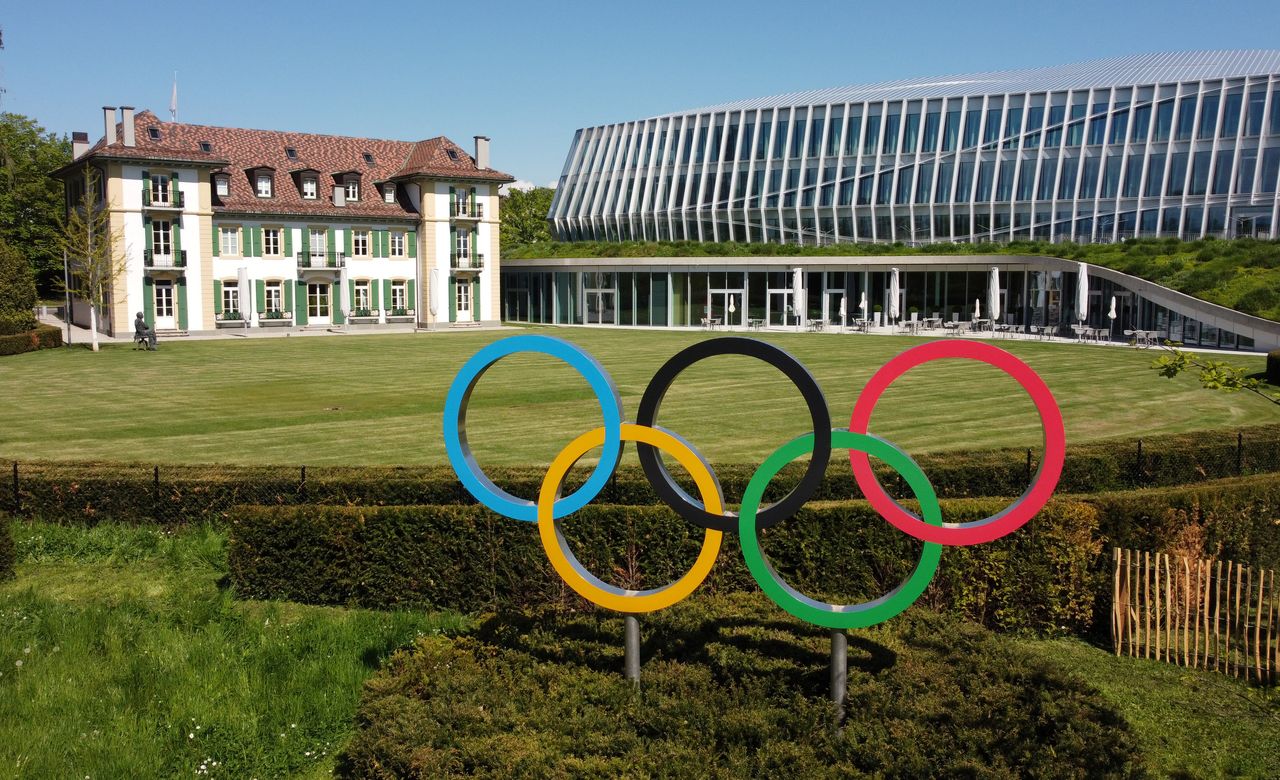 FILE PHOTO: The Olympic rings are pictured in front of the International Olympic Committee (IOC) headquarters in Lausanne, Switzerland, May 3, 2021. Picture taken with a drone. REUTERS/Denis Balibouse 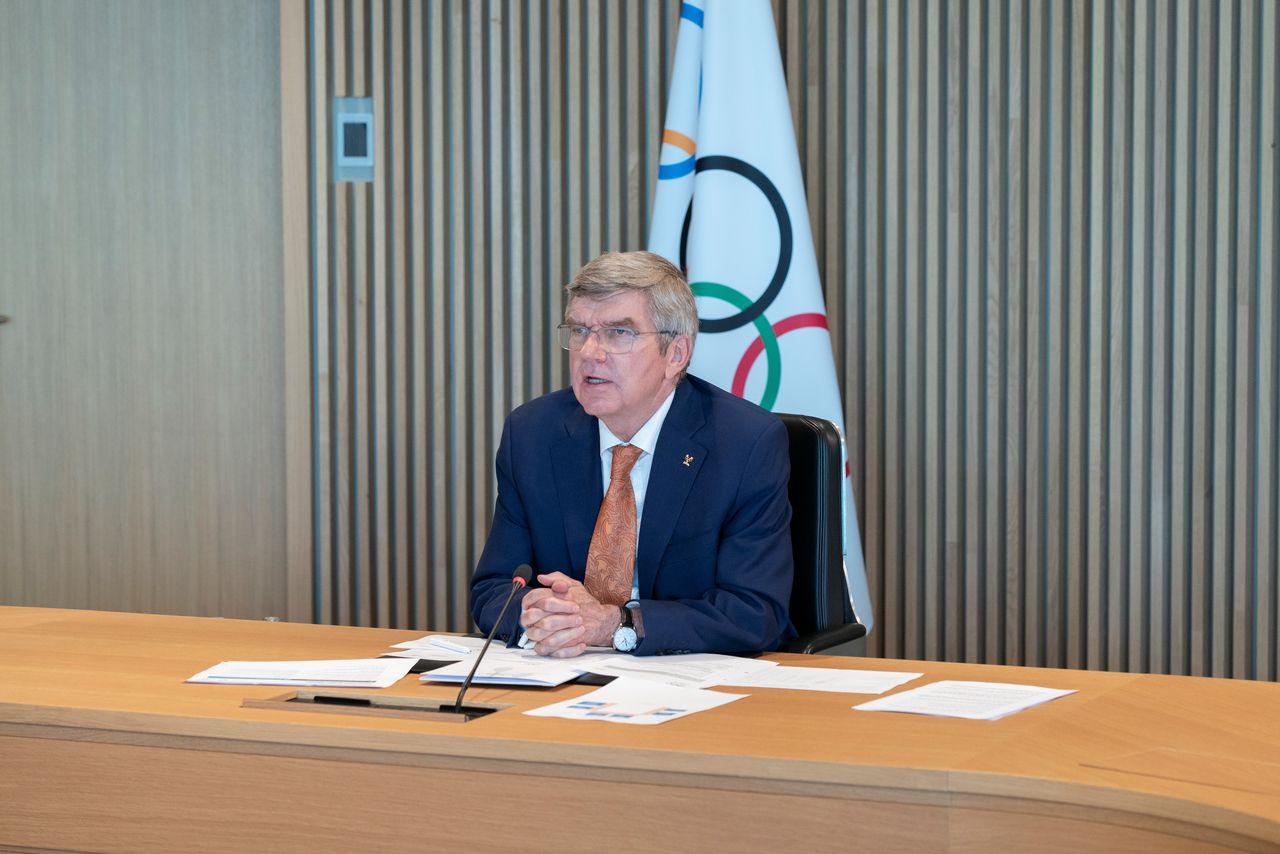 International Olympic Committee (IOC) President Thomas Bach attends the Executive Board virtual meeting at the Olympic house in Lausanne, Switzerland, May 12, 2021. Greg Martin/IOC/Handout via REUTERS THIS IMAGE HAS BEEN SUPPLIED BY A THIRD PARTY. NO RESALES. NO ARCHIVES