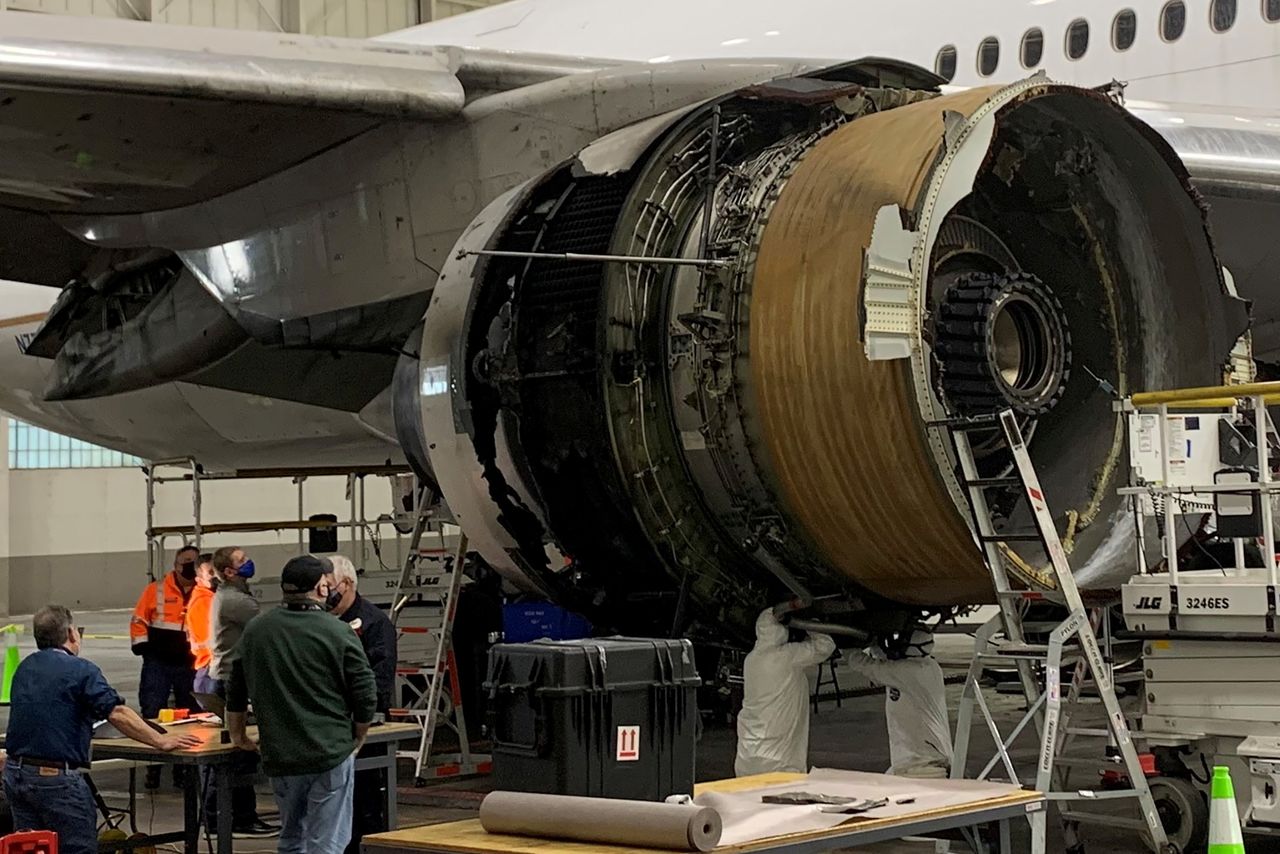 WASHINGTON (Reuters) -The head of the Federal Aviation Administration said on Wednesday the agency is going to mandate strengthening a key engine part on Boeing 777-200 planes equipped with Pratt & Whitney (PW) engines like the one involved in an emergency landing in February.

FAA Administrator Steve Dickson told a U.S. House committee that the agency is "requiring the manufacturers to address strengthen(ing) the cowling."

The agency said in a separate statement the "exact timing" of the new requirements and expected airworthiness directive "will depend on the completion of design and engineering work and will be approved by the FAA."

He also said the agency was working with Boeing Co and PW to ensure "the structure around the engine, the cowling and the inlet area, does not damage the aircraft structure."

A United Airlines 777 PW4000 engine failed shortly after takeoff from Denver on Feb. 20, showering debris over nearby cities, but no one was injured and the plane safely returned to the airport.

The FAA in February ordered immediate inspections of 777 planes with PW4000 engines before further flights, after the National Transportation Safety Board found a cracked fan blade on the United engine was consistent with metal fatigue.

Boeing said on Wednesday it was continuing to work with the FAA on "potential design improvements" for the "inlet and fan cowlings," adding that the "work is exacting and time consuming."

United, which is the only U.S. operator of 777s with the PW4000 engine and has 52 of those planes, is working to resume flights.

United Chief Operations Officer Jon Roitman said in April the airline had a "really productive collaboration with Pratt, Boeing and the FAA. ... We look forward to getting that aircraft back to safe operations in the future."

United declined to comment on Dickson's remarks on Wednesday.

Also in April, Japan Airlines said it had retired its fleet of 13 Boeing Co 777s with PW4000 engines a year earlier than planned, having suspended operations in February.

The Japanese carrier had an incident of its own with the PW4000 engines in December, when a malfunction forced a Tokyo-bound JAL 777 to return to Naha airport in Okinawa.