TOKYO (Reuters) - Japan has declared a state of emergency in three more prefectures hit hard by the COVID-19 pandemic, Prime Minister Yoshihide Suga said on Friday, a surprise move that reflects growing concern about the spread of the coronavirus.

The latest declaration comes as Japan grapples with a surge of a more infectious virus strain just 10 weeks before the Tokyo Olympics are due to start on July 23.

Hokkaido, Okayama and Hiroshima will join Tokyo, Osaka and four other prefectures on Sunday under a state of emergency until May 31, Suga told a news conference, adding that this was due to a rapid increase of cases in those areas.

With an eye on the economy, the government had originally proposed a more targeted "quasi-emergency" declaration for five additional prefectures.

"Experts told us that a state of emergency was needed due to the rapid spread in these areas," Suga said, adding that a stronger message had been needed.

The less stringent measures will be widened to three prefectures as planned.

The latest measures bring 19 of Japan's 47 prefectures, home to about 70% of the population, under curbs such as an 8 p.m. closing deadline for eateries and a ban on alcohol at most bars and restaurants. They also come just over two months before the Olympics, postponed for a year due to the pandemic and now set to start on July 23.

Suga reiterated that the Olympics could be held while ensuring the safety of both athletes and Japanese nationals.

"As for the Olympics, I am aware that there are various opinions (about holding the event) but our priority is stemming the spread of infections and protecting the lives and health of the Japanese people," he added.

Dai-ichi Life Research Institute estimated that the state of emergency in nine prefectures could slash about 1 trillion yen ($9.1 billion) from gross domestic product and cut 57,000 jobs over the coming months.

On Friday, a Reuters poll showed the economy would grow much more slowly than previously hoped this quarter, hobbled by emergency curbs.

Experts say medical resources are being pushed to the brink, while Japan's inoculation drive has been the slowest among advanced nations, with just 3% of the population vaccinated, according to Reuters data.

Suga's popularity has been hit by what many see as his government's inadequate virus response. A fresh poll by Jiji News put the cabinet's approval rating at 32.2%, down 4.4 points from the previous survey.

The northern island-prefecture of Hokkaido, set to host the marathon, reported a record 712 cases on Thursday. Japan's tally of infections stands at about 656,000, with 11,161 deaths, and Tokyo, the capital, reported 854 new cases on Friday.

The state of emergency in Tokyo and elsewhere would run through this month, leaving fewer than two months until the Olympics.

Public opposition to the Summer Games, already postponed a year from 2020 because of the global pandemic, has persisted.

It was submitted to the chiefs of the Olympic and Paralympic committees, as well as Tokyo Governor Yuriko Koike.

In a rare and blunt expression of trepidation by a high-profile businessman, SoftBank Group Corp Chief Executive Masayoshi Son said he was "afraid" of holding the Games, fearing for both Japan and the countries sending athletes. 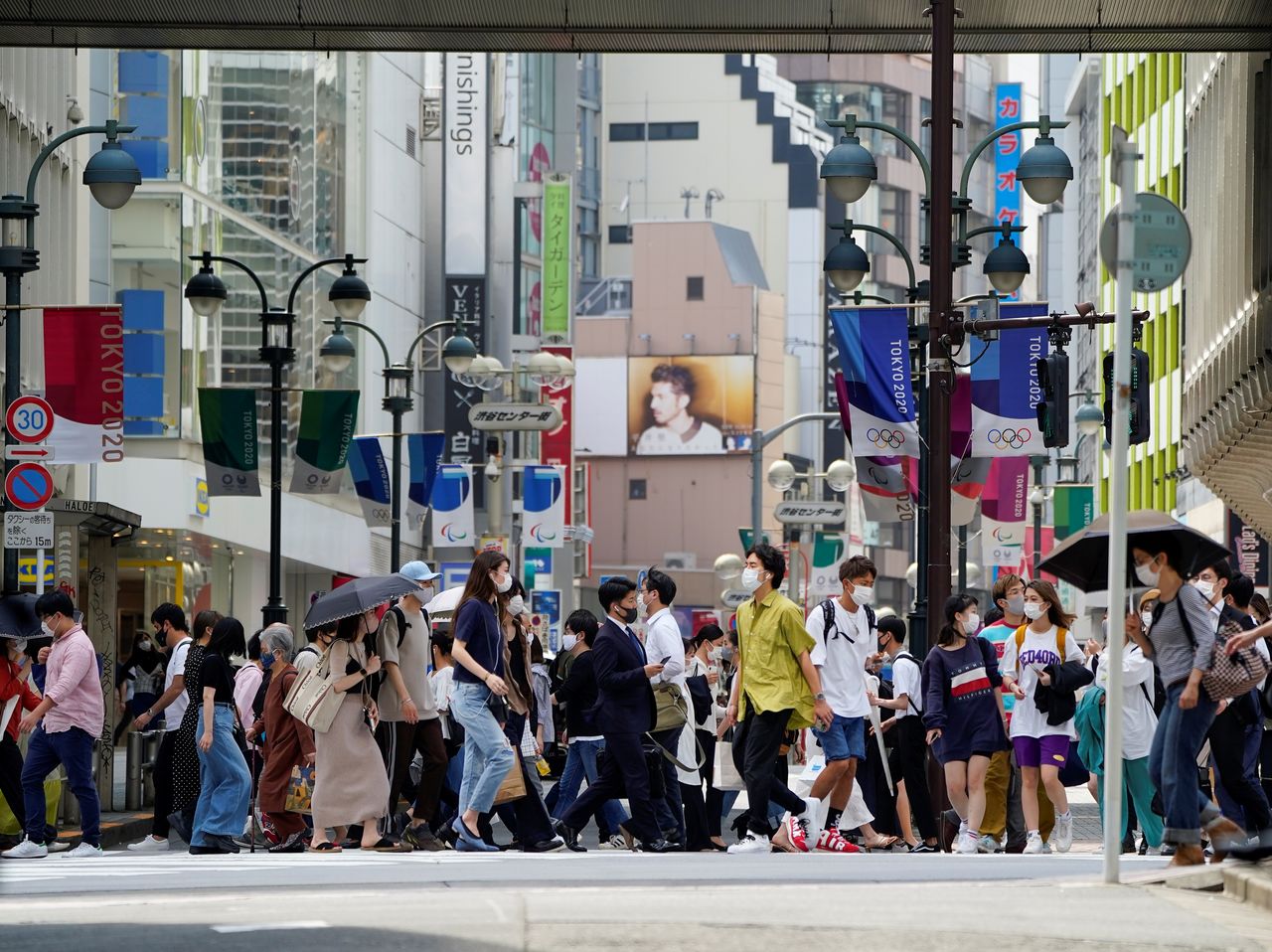 Passersby wearing protective face masks walk under the street decoration of Tokyo 2020 Olympic and Paralympic Games that have been postponed to 2021 due to the coronavirus disease (COVID-19) outbreak, in Tokyo, Japan May 14, 2021. REUTERS/Naoki Ogura 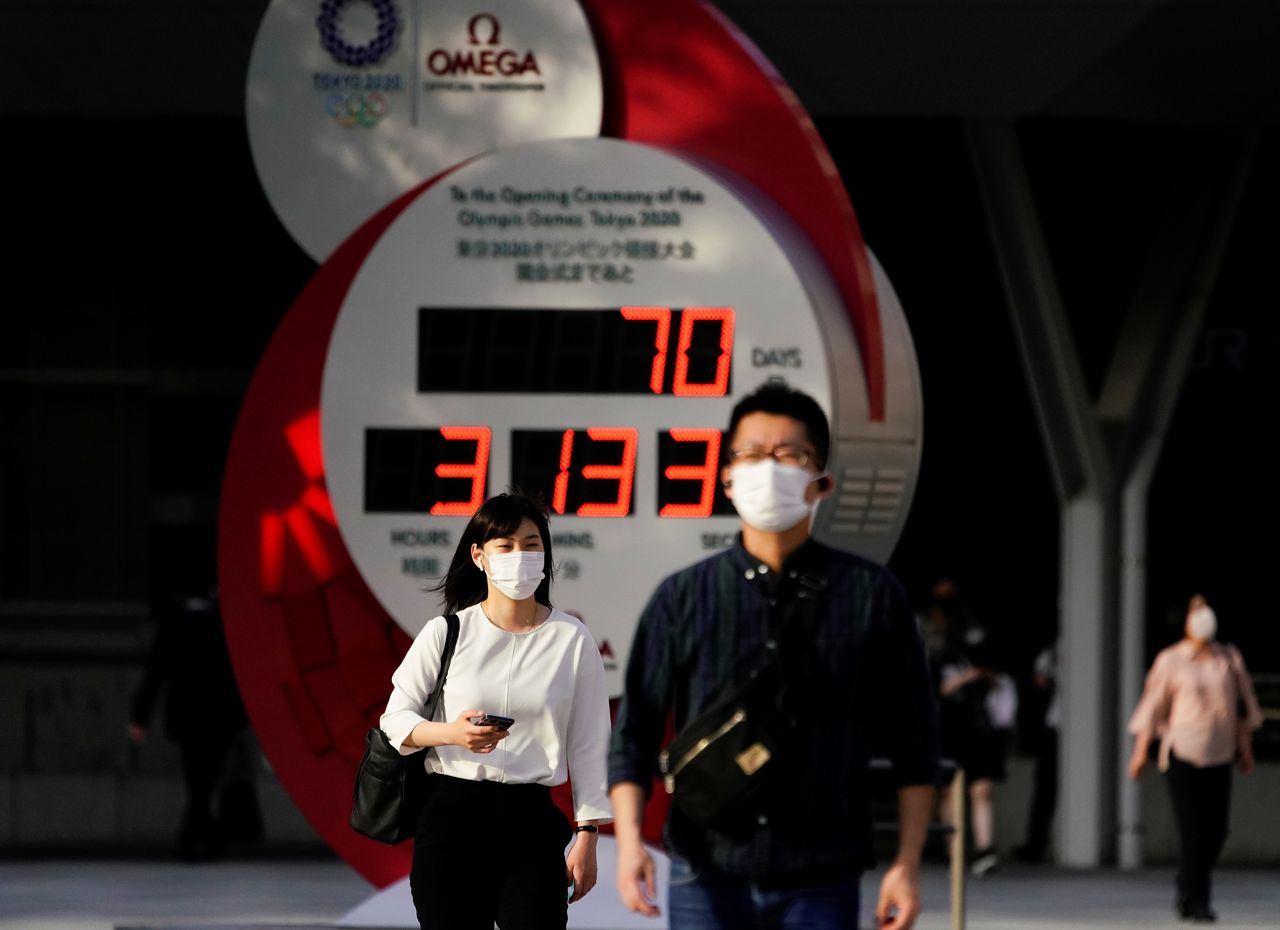 Passersby wearing protective face masks walk near a countdown clock of Tokyo 2020 Olympic Games that have been postponed to 2021 due to the coronavirus disease (COVID-19) outbreak, in Tokyo, Japan May 14, 2021. REUTERS/Naoki Ogura 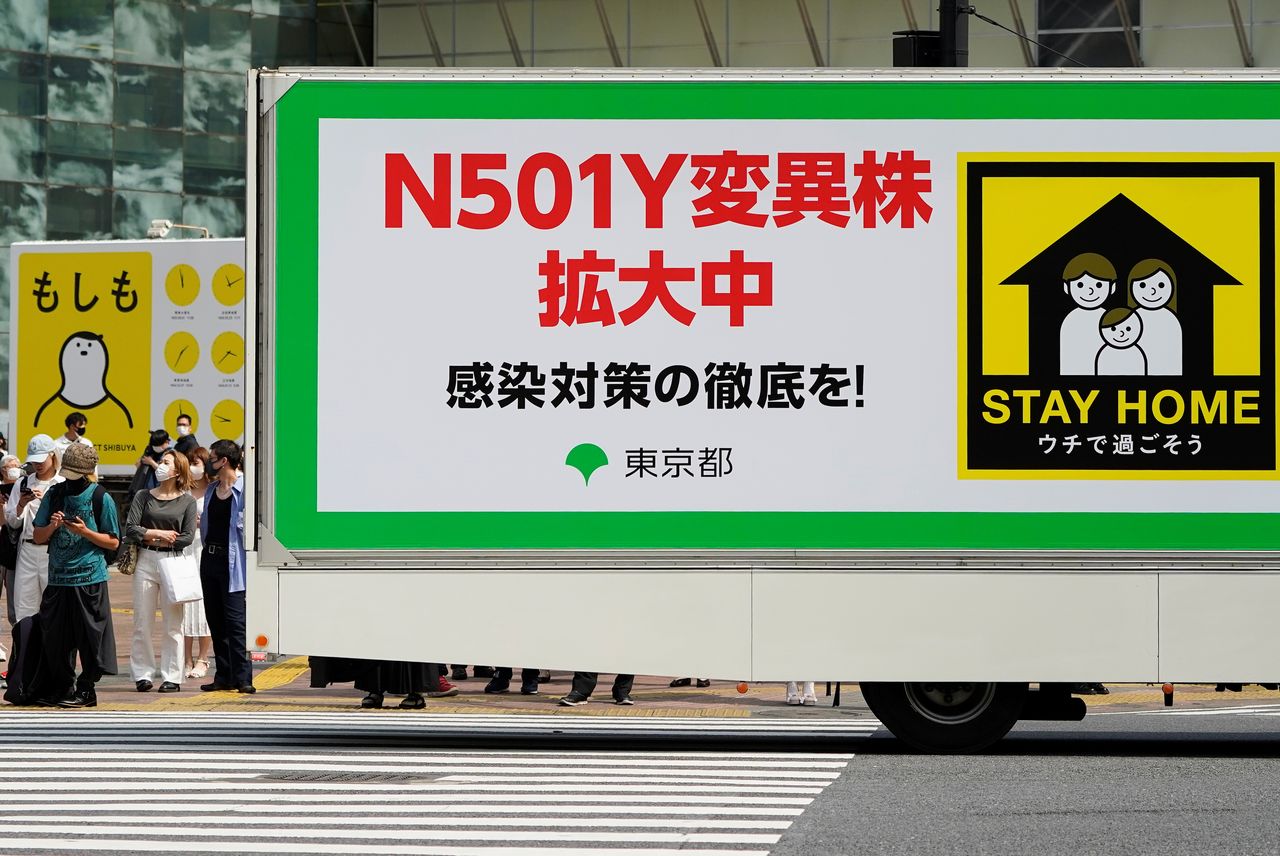 An advertisement truck, operated by Tokyo Metropolitan Government office, displaying messages that warns against the spread of the N501Y mutant COVID-19 strain, drives on the street in Tokyo, Japan May 14, 2021. REUTERS/Naoki Ogura