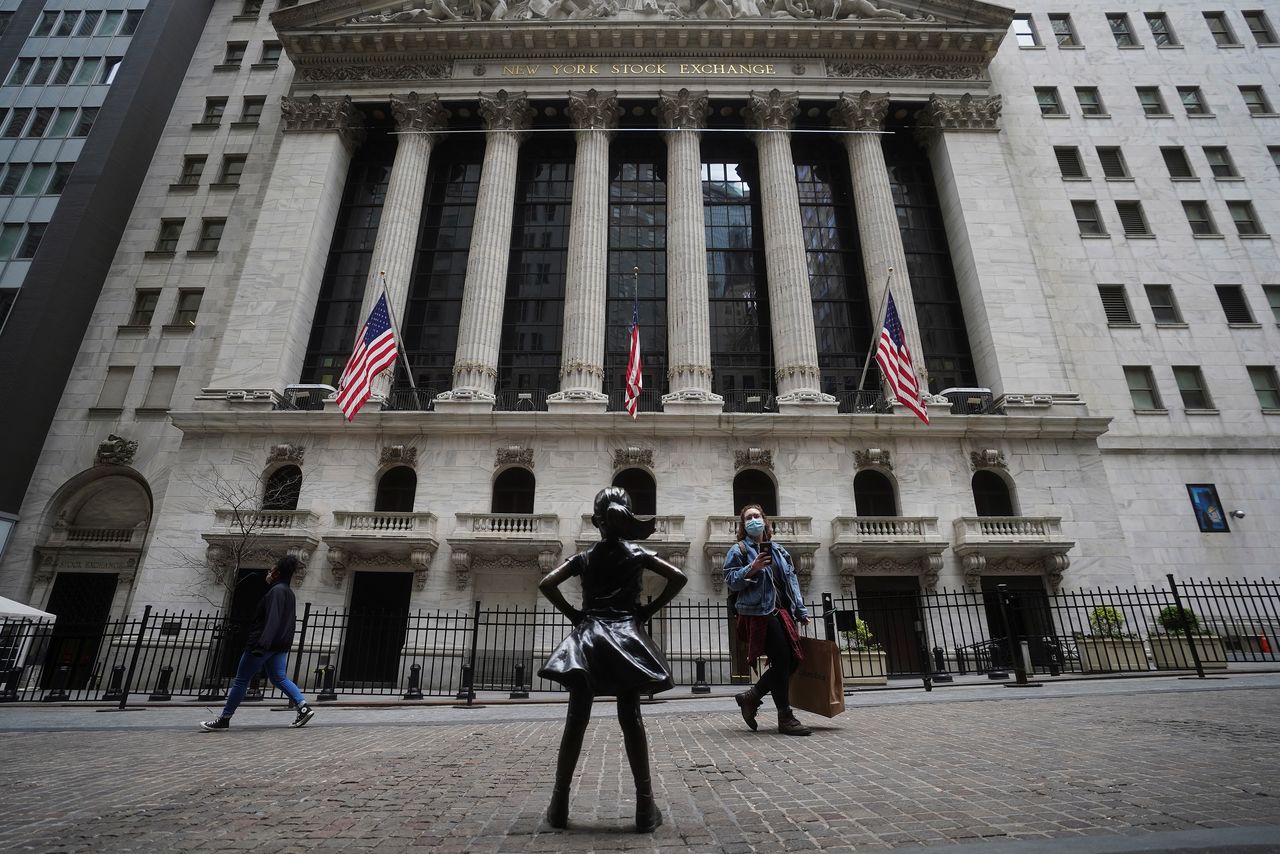 NEW YORK (Reuters) -U.S. stocks rallied in a sharp rebound on Friday as investors set aside inflation worries and bought shares hammered by the week's volatility, with the shift back into riskier assets dragging on the dollar.

The jump in shares was in step with buoyant global stocks as investors put on the back burner concerns that rising prices could lead the U.S. Federal Reserve to raise interest rates sooner than expected and reduce the gush of cash that has propelled financial markets.

The Dow Jones Industrial Average climbed 1%, the S&P 500 jumped 1.5%, the most on any day since March 26, and the Nasdaq Composite leaped 2.3%, its biggest one-day rise in about two months.

But some warned that investors may be too complacent if they ignore the dangers of accelerating price pressures.

"I don't see us off to the races," said Tim Ghriskey, chief investment strategist at Inverness Counsel, which manages about $4 billion in assets. He said inflation risks are "real" and financial markets will likely be choppy for some time.

"You could buy (stocks) if you could sleep at night with the volatility, but I might have a slug of cash, too."

Indeed, even with Friday's strong recovery, U.S. stocks still notched their worst performances in nearly three months for the week. The S&P 500 lost 1.4% this week, while the Nasdaq shed 2.3%, declines not seen since Feb. 26.

Still, mega-cap growth stocks, which have been beaten down this week on concerns over their lofty valuations, surged, with shares in Apple Inc, Amazon.com Inc and Microsoft Corp ending up at least 1.9% each and Tesla Inc leaping 3.2%. [.N]

Fears of rising prices burst into the fore this week and spooked markets, and despite assurances from the Fed it does not expect to tighten policy anytime soon, some investors worry policymakers may be misjudging inflation risks.

That said, data released on Friday showed U.S. retail sales unexpectedly stalled in April as the boost from stimulus checks wore off, further bolstering arguments that the economic recovery was far from roaring, and that interest rate hikes are not imminent.

That appeared to calm markets, for now.

The drop in yields flattened the yield curve, an indicator of economic growth expectations, by a touch. The spread between two- and 10-year Treasury yields, which had widened earlier this week when investors were focused on inflation, narrowed to 148.3 basis points.

Pullbacks in the dollar and Treasury yields added to the appeal of non-yielding bullion, with spot gold up 0.9% at $1,843.11 an ounce. [GOL/]

Oil prices also rebounded on Friday to claw back some of the losses seen the previous day as a weaker dollar increased the appeal of the commodity for holders of other currencies. [O/R]

In cryptocurrencies, bitcoin recovered some ground after skidding 13% this week on reports of a regulatory probe into crypto exchange Binance, and after Tesla's chief executive, Elon Musk, said the carmaker would stop accepting the token as payment due to environmental concerns.