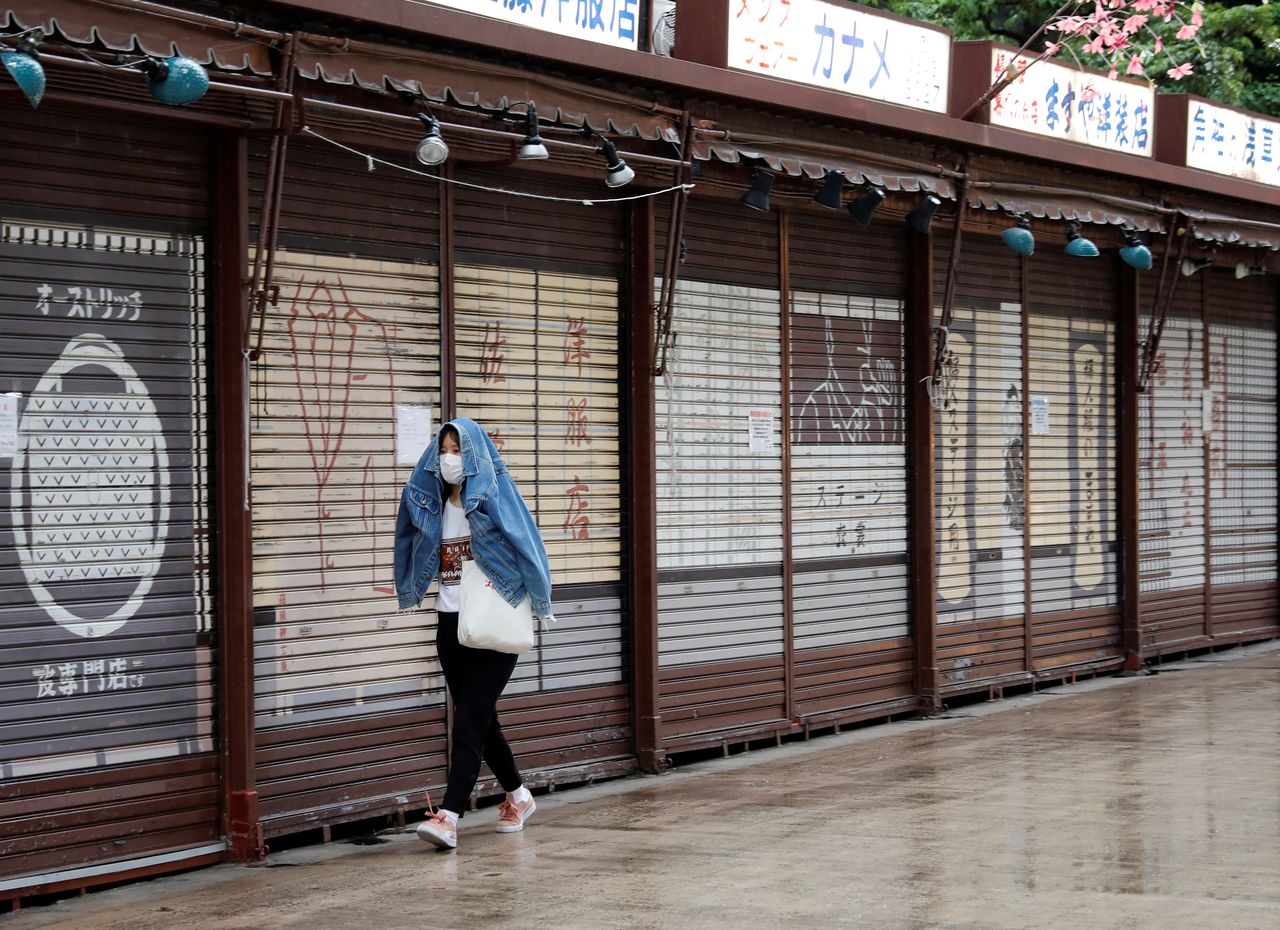 A woman wearing a protective face mask, amid the coronavirus disease (COVID-19) pandemic, walks past closed shops in Asakusa district in Tokyo, Japan, May 7, 2021. REUTERS/Kim Kyung-Hoon

Hokkaido, Okayama and Hiroshima will on Sunday join Tokyo, Osaka and four other prefectures under a state of emergency until May 31, said Nishimura, who is also in charge of coronavirus countermeasures.

"There were various views expressed at the meeting (with experts)," Nishimura told reporters after the meeting. "Based on those views, we retracted our original proposal and came up with this new one and got approval for it."

The other two prefectures will be added to the lesser declaration as planned.

The rising state of emergency declarations come as Japan grapples with a surge of a more infectious strain of COVID-19 just 10 weeks before the Tokyo Olympics are due to start.

With the latest measures, 19 out of Japan's 47 prefectures covering about 70% of its population would fall under restrictions that include closures of eateries by 8 p.m. and a ban on alcohol at bars and restaurants.

Experts say medical resources are being pushed to the brink, while Japan's vaccination drive has been the slowest among advanced nations with just 3% of the population vaccinated, according to Reuters data.

Public opposition to the Summer Games - already postponed a year from 2020 due to the global pandemic - has persisted as Japan struggles to contain new infections.

The northern island-prefecture of Hokkaido, which is set to host the marathon event, reported a record 712 cases on Thursday, while Tokyo had 1,010 cases. Nationwide, Japan has seen about 656,000 confirmed cases so far, with 11,161 deaths.

In a rare and blunt expression of trepidation over the Olympics by a high-profile businessman, SoftBank Group Corp CEO Masayoshi Son said on Thursday he was "afraid" of having the Games, fearing for both Japan and countries sending athletes to Tokyo.