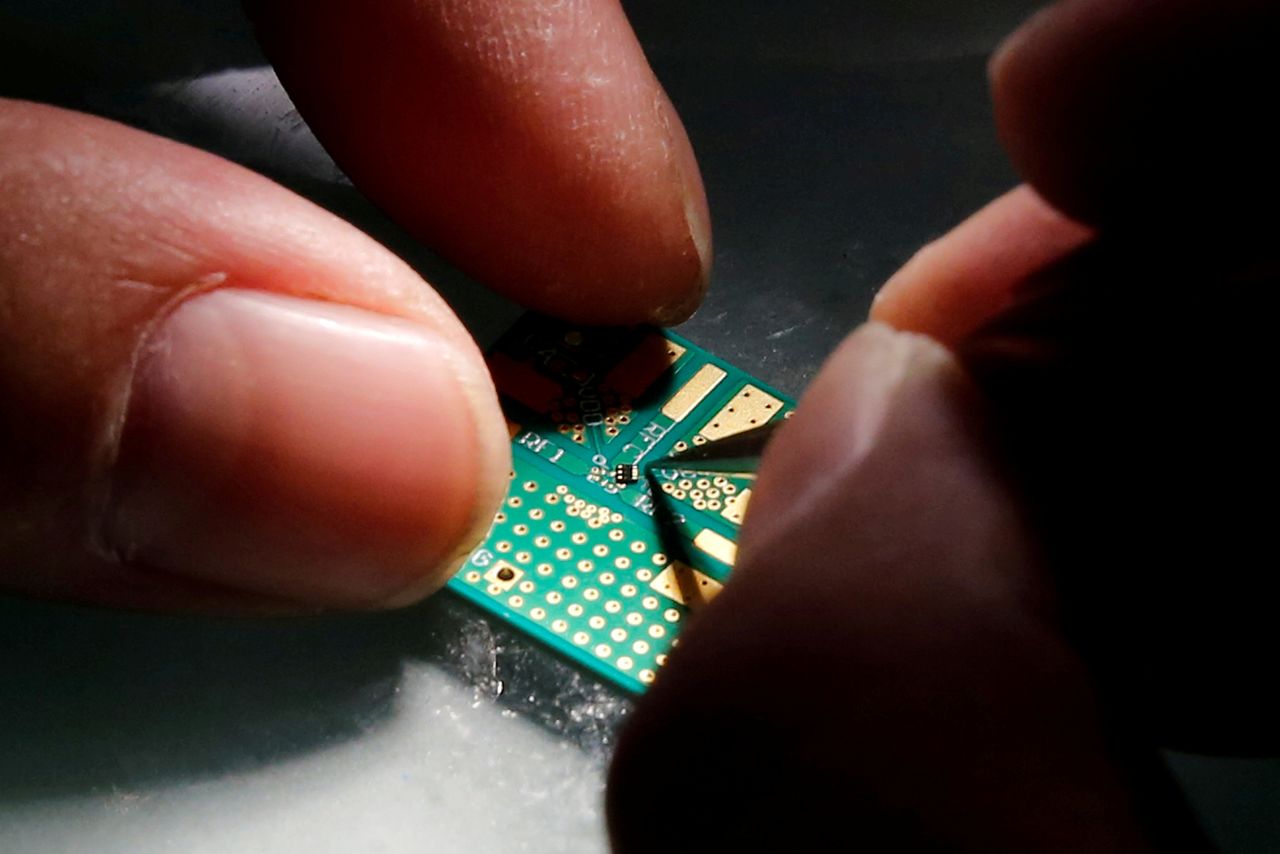 FILE PHOTO: A researcher plants a semiconductor on an interface board during a research work to design and develop a semiconductor product at Tsinghua Unigroup research centre in Beijing, China, February 29, 2016. REUTERS/Kim Kyung-Hoon

(Reuters) - The global semiconductor chip shortage will cost automakers $110 billion in lost revenues this year, up from a prior estimate of $61 billion, consulting firm AlixPartners said, as it forecast the crisis will hit the production of 3.9 million vehicles.

The chip crunch has driven home the need for automakers to be "proactive" right now, and create "supply-chain resiliency" longer term to avoid disruptions in the future, the firm said on Friday.

Automakers have in the past had direct supply agreements with producers of certain raw materials, including precious metals such as palladium and platinum, used in exhaust scrubbing systems.

The more direct approach to securing precious metal supplies was launched after a supply and price disruption in that market.

"These things are shocked into existence," he said.

Automakers have been reluctant in the past to make long term commitments to buy semiconductors or other raw materials and take on the financial liabilities for such agreements, Wakefield said.

Now, "the risk is real. It's not a potential" risk of losing production to semiconductor shortages, he added.

Separately, Ford Motor Co said on Thursday it is redesigning automotive parts to use more accessible chips, in response to the global semiconductor shortage.

(Reporting by Ankit Ajmera in Bengaluru and Joe White in Detroit; Editing by Amy Caren Daniel)