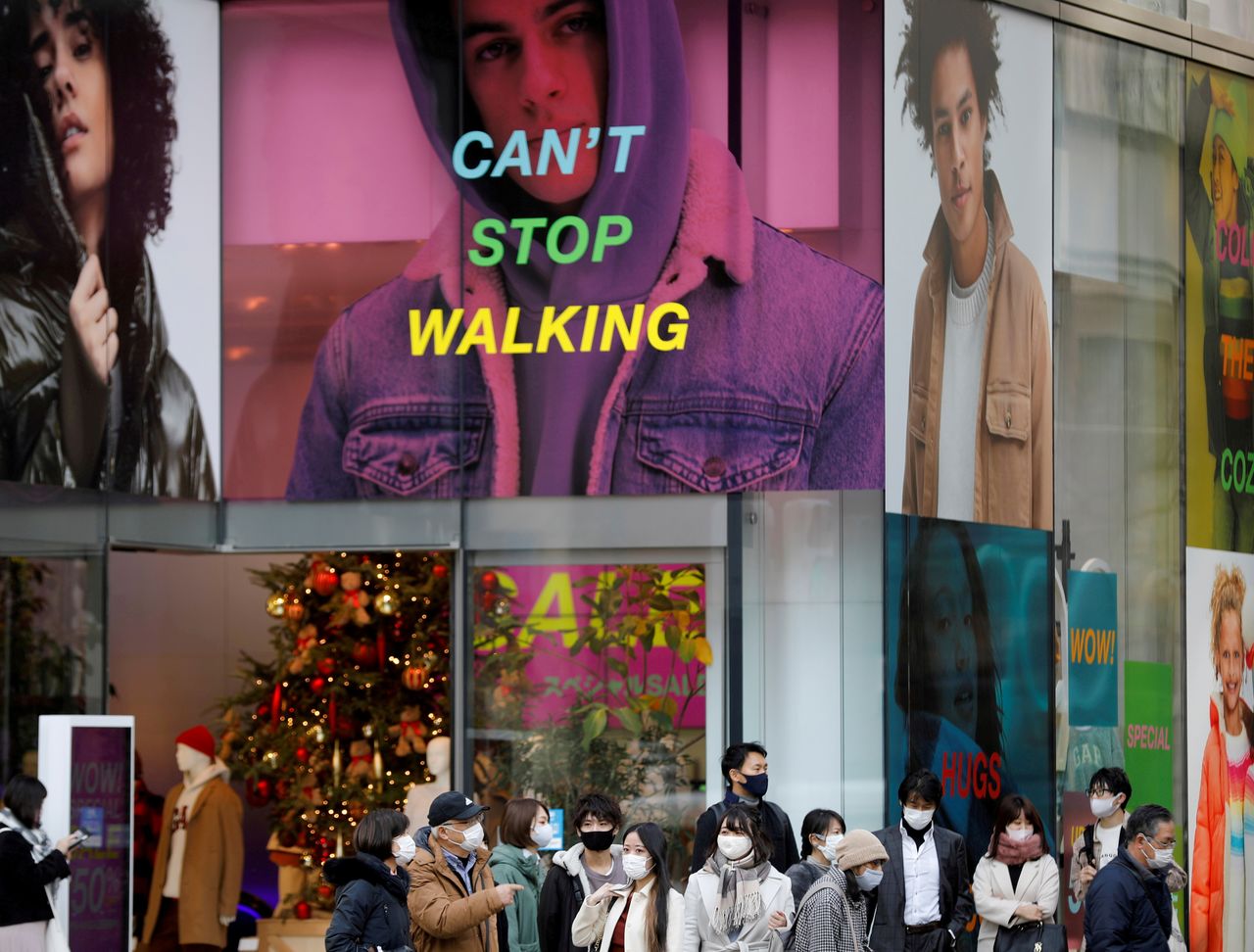 TOKYO (Reuters) - Japan's economy is set to grow much slower than previously hoped this quarter, hobbled by extended emergency measures put in place to halt a rise in coronavirus infections, a Reuters poll showed.

It is likely to expand an annualised 1.7% this quarter, less than half the 4.7% projected last month, according to the poll of 33 economists conducted May 6-13.

Nearly all of the economists polled believe the government will compile an extra budget to support the world's third-largest economy, with 60% expecting it to come before the end of the third quarter.

A surge in infections due in part to new variants led to the government's decision to extend a state of emergency in Tokyo and three other areas until the end of the month and to expand it to two more prefectures, hitting consumer spending and broader activity.

"The pace of recovery appears to have been sluggish since the start of the year," said Yusuke Shimoda, senior economist at the Japan Research Institute.

"But it's hard to imagine Japan's economy will fall into a deep contraction as attempts to suppress people's movements have become less effective."

The economy likely shrank around 4.5% on an annualised basis in the first quarter, the poll showed. Preliminary GDP data is due on Tuesday.

For the full year, expectations have been revised down to a 3.6% growth from 3.9%, with economists also noting the slow pace of Japan's vaccination programme compared to other countries. For the next fiscal year, economists expect on average 2.4% growth.

"The vaccine rollout is pretty awful if you look at it from a global context. It's far behind that in Europe," said Takumi Tsunoda, senior economist at Shinkin Central Bank Research Institute.

Japan has inoculated just 3% of its population, the lowest rate among the Group of Seven nations.

Prime Minister Yoshihide Suga has faced growing calls from lawmakers, including ruling party heavyweight Toshihiro Nikai, to increase spending to support the economy. But he has so far expressed caution due to Japan's huge public debt and as the government has already compiled three pandemic-specific packages worth a combined $3 trillion.

Some economists said the timing of the extra budget would depend on the timing of a lower house election that has to be held by late October.

In years with major elections, Japan's government typically rolls out a stimulus package before or around the election to appeal to voters.

Eighty percent of analysts in the poll expected the Bank of Japan's next policy move to be an unwinding of stimulus with most not expecting this to happen until 2023 or later. That was roughly on par with last month's poll.

Core consumer prices, which exclude volatile fresh food prices, are set to only rise 0.3% this fiscal year, the poll showed, down from 0.4% projected in the previous month.