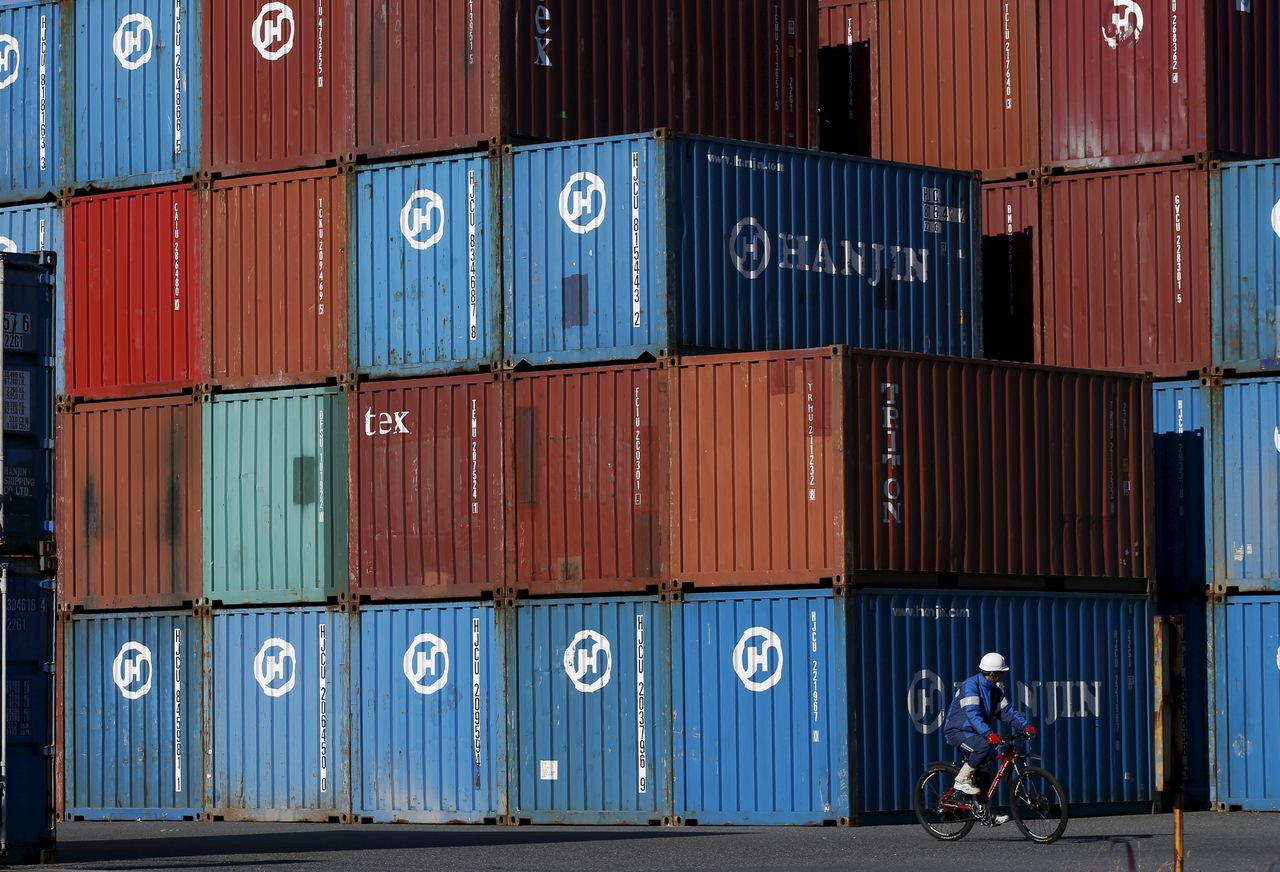 FILE PHOTO: A worker rides a bicycle in a container area at a port in Tokyo, Japan January 25, 2016. REUTERS/Toru Hanai

TOKYO (Reuters) - Japan's exports likely grew more than 30% year-on-year in April, the most in more than a decade, a Reuters poll showed on Friday, but the base effect was a major factor after last year's steep decline due to the initial impact of the coronavirus pandemic.

The world's third-largest economy has recovered largely due to solid overseas demand that has boosted output and exports, even as a resurgence of coronavirus infections are dampening consumption.

Next week's key data include machinery orders and consumer and wholesale prices, as well as first-quarter gross domestic product figures that will be released on Tuesday.

Exports likely surged 30.9% in April from a year earlier, which would mark the sharpest monthly rise since May 2010, the poll of 18 economists showed.

Imports were forecast to have grown 8.8% in April from a year earlier, which would result in a trade surplus of 140.0 billion yen ($1.28 billion).

"Tightness in supply and demand of semiconductors seems to have a minor impact on exports so far," said Takeshi Minami, chief economist at Norinchukin Research Institute.

"Export values increased greatly, by 32.2%, in early and mid-April, in part in reaction to a sharp downturn in the same month last year."

A slump in global trade due to supply chain disruptions from coronavirus lockdowns around the world delivered a heavy blow to Japan's trade-reliant economy in April last year.

Core machinery orders data, which exclude those for ships and electrical utilities, are also set to be released on Wednesday.

The poll showed core machinery orders in March were expected to have decreased 2.6% from year-ago levels, and to have gained 6.4% compared to the previous month.

The core consumer price index (CPI), which includes oil products but excludes volatile fresh food prices, is expected to have fallen 0.2% in April compared to the same month a year earlier, according to the Reuters poll.