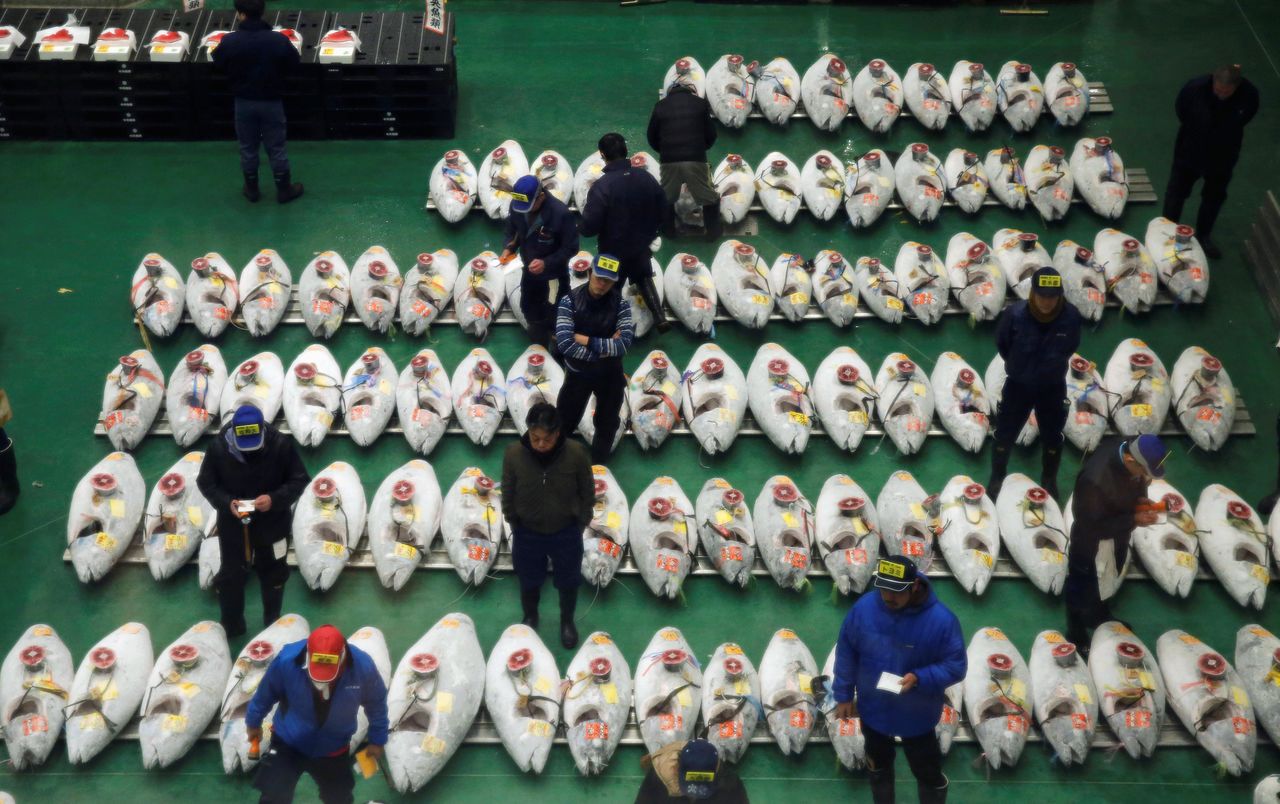 TOKYO (Reuters) -Japan's wholesale prices rose in April at their fastest annual pace in six and a half years, data showed on Monday, a sign that rising energy and commodities costs were pinching corporate margins.

With the COVID-19 pandemic weighing on domestic consumption, there is uncertainty about whether companies would pass on higher costs to households and help the central bank achieve its elusive 2% inflation target, analysts say.

"The rise is driven mostly by solid global demand that is pushing up commodities prices," said Shigeru Shimizu, head of the BOJ's division in charge of price statistics, adding that prices of goods sensitive to domestic demand were rising only modestly so far.

The corporate goods price index (CGPI), which measures the price companies charge one another for goods and services, rose 3.6% in April from a year earlier, Bank of Japan data showed, faster than a median market forecast for a 3.1% gain.

The rise, which followed a 1.2% increase in March, was the fastest pace of gain since September 2014 and was inflated partly by the base effect of last year's pandemic-related plunge.

April's increase was driven largely by higher commodities costs, with oil goods prices up 39.3% from a year earlier and nonferrous metals prices up 35.2%, the data showed.

In a sign the effect of rising U.S. housing demand was spreading globally, lumber and wood goods prices were up 4.7%.

Of the 744 items in the index, 339 saw prices rise, compared with 289 items that saw prices drop from the same period last year.

The number of components that saw prices rise exceeded that of those with falling prices for the first time in seven months.

Japanese companies have been slow in passing on higher costs to consumers, who are sensitive to price increases because of soft wage growth. That has hampered the BOJ's efforts to fire up consumer inflation to its 2% target.

The central bank's challenge has been made tougher by Japan's struggle to contain the pandemic. The world's third-largest economy is set to grow much more slowly than hoped this quarter because of extended state of emergency curbs to combat a resurgence in infections, a Reuters poll showed.