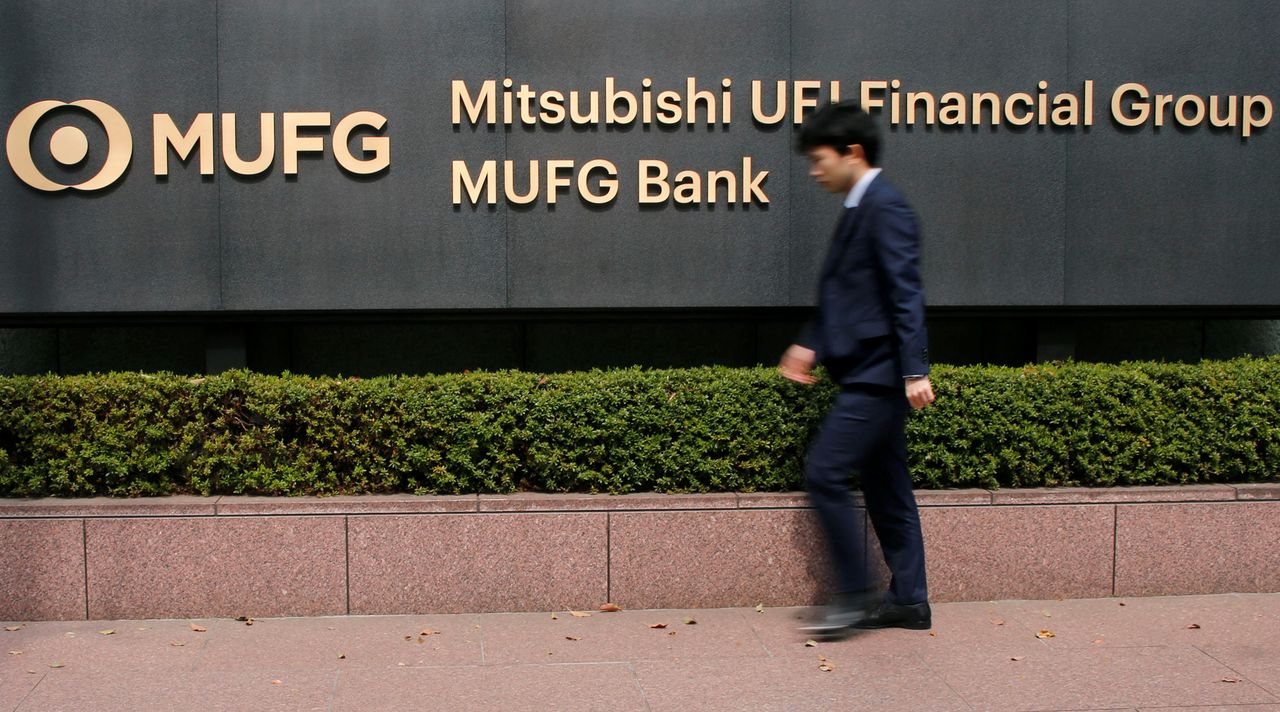 TOKYO (Reuters) - Japan's biggest lender, Mitsubishi UFJ Financial Group (MUFG), said it will aim for net zero emissions in its finance portfolio by 2050, responding to pressure to align its business with the targets set in the Paris Agreement on climate change.

The bank will also be the first Japanese lender to join the United Nations' Net-Zero Banking Alliance, it said in a statement.

"In order to lead the way to solutions for climate change, one of the most serious issues facing the world, we will further expand support for customers' efforts towards decarbonisation," the statement said.

The bank will also aim for carbon neutrality in its own operations by 2030, it said. The lender will provide annual updates on its progress toward the 2050 target.

Activist shareholders have turned their attention to Japanese banks and other companies in the last year, submitting resolutions for annual general meetings to push them to align their business with the Paris Agreement that was agreed in 2015.

Investors in MUFG submitted in March a resolution to the bank for its AGM that will be held in June.

While welcoming the move, one of the shareholders told Reuters that the bank has not gone far enough in its latest statement on emissions.

"Given the urgency of the climate crisis, its approach is still quite slow," said Kimiko Hirata, International Director of Kiko Network, a Japanese non-government organisation that holds shares in MUFG.

"Today's announcement and its recent policy reforms provide little assurance that MUFG is committed to making the changes that are necessary to align its portfolio with Paris Agreement goals," Hirata said, adding that the group would seek to hold discussions with the lender.