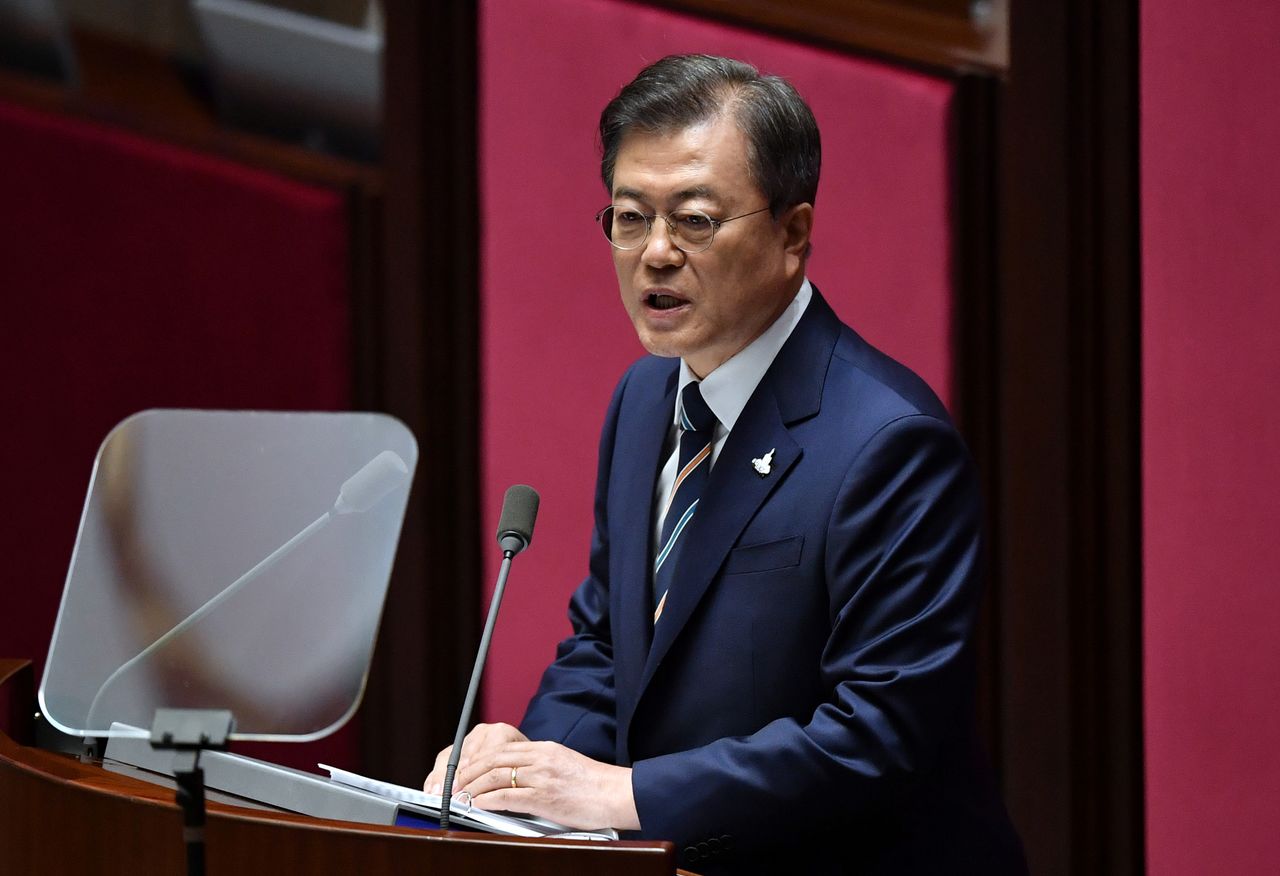 SEOUL (Reuters) -South Korean President Moon Jae-in is hoping to use his first summit with U.S. President Joe Biden this week to revive long-stalled talks with North Korea and urge the White House to embrace the issue with more urgency.

South Korean officials say they were heartened by the new administration's recent policy review, which called for a focus on practical diplomatic steps to reduce tensions while maintaining the final goal of removing North Korea's nuclear weapons.

But amid the global coronavirus pandemic, domestic economic and political challenges, and foreign policy crises elsewhere, the Biden administration has not signalled North Korea is a top priority, potentially complicating Moon's hopes of cementing his legacy.

Moon is scheduled to arrive in Washington on Thursday for a four-day stay, which will include a series of summits with Biden and meetings with Vice U.S. President Kamala Harris and congressional leaders.

One senior Seoul official said the Biden administration's overtures to North Korea were a "good sign" that could lay the groundwork for a resumption of talks.

"We believe there could be a serious attempt at reopening dialogue and both sides could actually sit face to face at some point," the official told Reuters on condition of anonymity, citing diplomatic sensitivity.

"We of course hope it will happen sooner than later, and do what we can to facilitate that."

Kurt Campbell, the U.S. policy coordinator for the Indo-Pacific, said Washington is ready to engage in diplomacy and work on practical measures to bring progress on denuclearisation.

Denuclearisation talks between Pyongyang and Washington have been on hold since the failed second summit in 2019 between leader Kim Jong Un, and Biden's predecessor, Donald Trump. That led to souring inter-Korean relations as Moon had offered to play a mediator role.

Pyongyang officials consistently criticise and ridicule Moon and his government, and last year North Korea blew up a cross-border liaison office built on its territory, though it has not tested nuclear weapons or long-range missiles since 2017.

Moon has said he will treat his final year in office as the last chance to achieve lasting peace with North Korea, and is seeking to explore ways with Biden to restart nuclear negotiations, Seoul officials said.

Biden's administration has not shown a willingness to ease sanctions, while making diplomatic overtures that Washington says have been rebuffed by Pyongyang. The North has long demanded sanctions relief, an issue that has also hampered Moon's efforts to kick-start inter-Korean economic and tourism projects.

Biden has yet to appoint a special envoy to handle nuclear negotiations, and signalled a hard line on North Korea's human rights.

But South Korean officials have seized on the policy review as a reason for optimism.

"The United States has said it would pursue a diplomatic solution and bilateral dialogue, and was ready to offer concessions if North Korea takes meaningful steps, which is a very practical and flexible approach," a senior presidential official told reporters on Tuesday.

Moon's efforts at salvaging inter-Korean ties could be overshadowed by mounting calls on him to secure more and faster deliveries of U.S.-made coronavirus vaccines amid supply shortages and shipment delays.

With the slowing inoculation drive further denting his popularity, Moon promised on Monday to secure a vaccine partnership at the summit by harnessing South Korea's biotech production capacity.

Campbell said Moon and Biden would discuss how the United States supports South Korea's fight against COVID-19 at their summit, and ways to jointly boost global coronavirus vaccine production.

"Moon's administration could've thought of this summit as a chance to jointly devise concrete steps to flesh out the (U.S.-North Korea) policy framework from the review, but there are too many issues that require a more immediate focus for both sides, including vaccine and economic cooperation," said Kim Hong-kyun, a former South Korean chief nuclear negotiator.