IOC reassures anxious Japan that Olympics will be safe

TOKYO (Reuters) - The International Olympic Committee (IOC) reassured an anxious Japan on Wednesday that the Tokyo Olympics would be safe for athletes as well as the host community, amid mounting opposition to the Games and fears it will fuel a spike in COVID-19 cases.

Speaking via videoconference that was broadcast alongside senior Japanese officials in Tokyo, IOC chief Thomas Bach said he believed more than 80% of residents of the Olympic Village would be vaccinated or booked for vaccination ahead of the Games set to start on July 23.

He rejected growing calls to cancel the global sporting showpiece, already delayed once due to the pandemic, saying that other sporting events had proved the Olympics could go ahead with strong COVID precautions.

Bach's comments came as Japan kept up its battle on a fourth wave of infections, although a slow vaccination campaign has undermined already shaky public confidence that the Games should proceed.

"Together with our Japanese partners and friends, I can only re-emphasise this full commitment of the IOC to organise safe Olympic and Paralympic games for everybody," Bach said.

"To accomplish this, we are now fully focused on the delivery of the Olympic Games."

Less than 30% of medics in Japan's major cities have been vaccinated against the coronavirus, with just 65 days left to the start of the Olympics, the Nikkei newspaper said.

Cabinet figures showed this week that three months into Japan's vaccination push, less than 40% of its medical workers were fully inoculated.

The problem is especially pronounced in the capital, Tokyo, which plays host to the Games, and other large population centres, where the rate of fully vaccinated medical workers was less than 30%, the Nikkei added.

Much of the vaccine supply was concentrated in large hospitals, and there had been problems in the reservation systems for medical staff, it said.

The slow pace of vaccinations of doctors and nurses has been among the complaints cited by medical groups that oppose the Games.

Requests for about 200 doctors and 500 nurses to help out with the Games are unrealistic, said Kenyu Sumie, the chairman of a group representing more than 100,000 doctors and dentists in Japan.

"It's impossible to think about dispatching them (to the Olympics) when they haven't even received their own two shots," Sumie told Reuters on Wednesday. "There is no way that the Olympics can be safely held at this point."

Bach said the IOC would do its part to keep the Japanese public safe, by having additional medical personnel as part of the NOC delegations to support the medical operations and the strict implementation of the COVID 19 countermeasures.

Much of Japan, including the key cities of Tokyo and Osaka, is under a state of emergency until month-end to rein in infections. The southern prefecture of Okinawa will request its own emergency declaration as new infections reached record highs, it said on Wednesday.

Japan aims to inoculate most of its 36 million people older than 65 by the end of July. To reach that target, it hopes to deliver about a million shots a day, or three times faster than the current pace.

So far, just 3.7% of the population of 126 million have received at least one vaccine shot, the lowest rate among wealthy countries. Initially, the holdup was scant supplies of the vaccine developed by Pfizer Inc and BioNTech SE, the only one approved by regulators.

But arrivals of the Pfizer vaccine have increased dramatically in May, and Japan is expected to approve Moderna Inc's candidate this week for use in mass vaccination centres. The shot developed by AstraZeneca PLC is also being considered by domestic regulators.

As supply bottlenecks eased, problems with vaccine reservation systems and manpower shortages have cropped up. The government is looking into letting pharmacists give the injections, after a similar move regarding dentists last month. 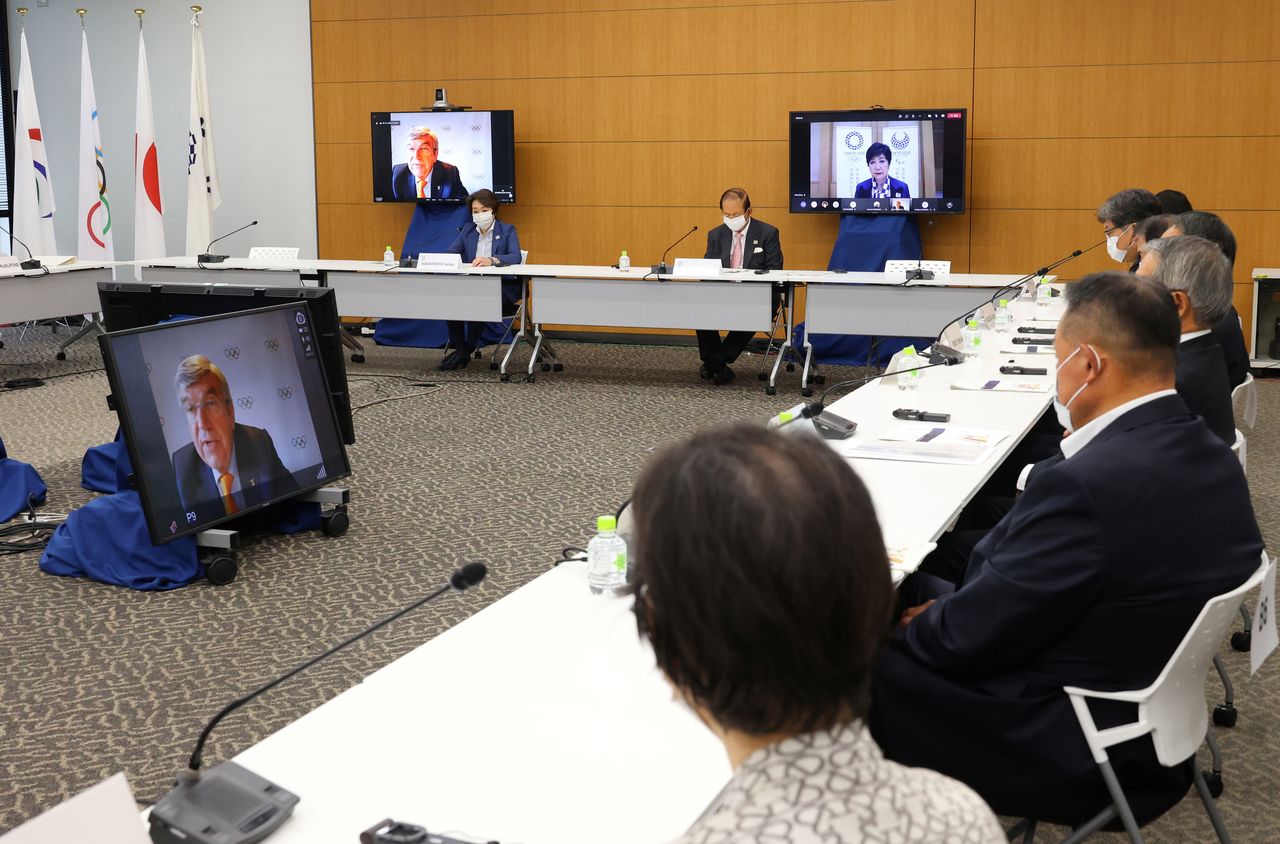 International Olympic Committee (IOC) president Thomas Bach delivers an opening speech on a screen at a meeting of the IOC Coordination Commission for the Tokyo 2020 Olympics, in Tokyo, Japan, May 19, 2021. Yoshikazu Tsuno/POOL via REUTERS 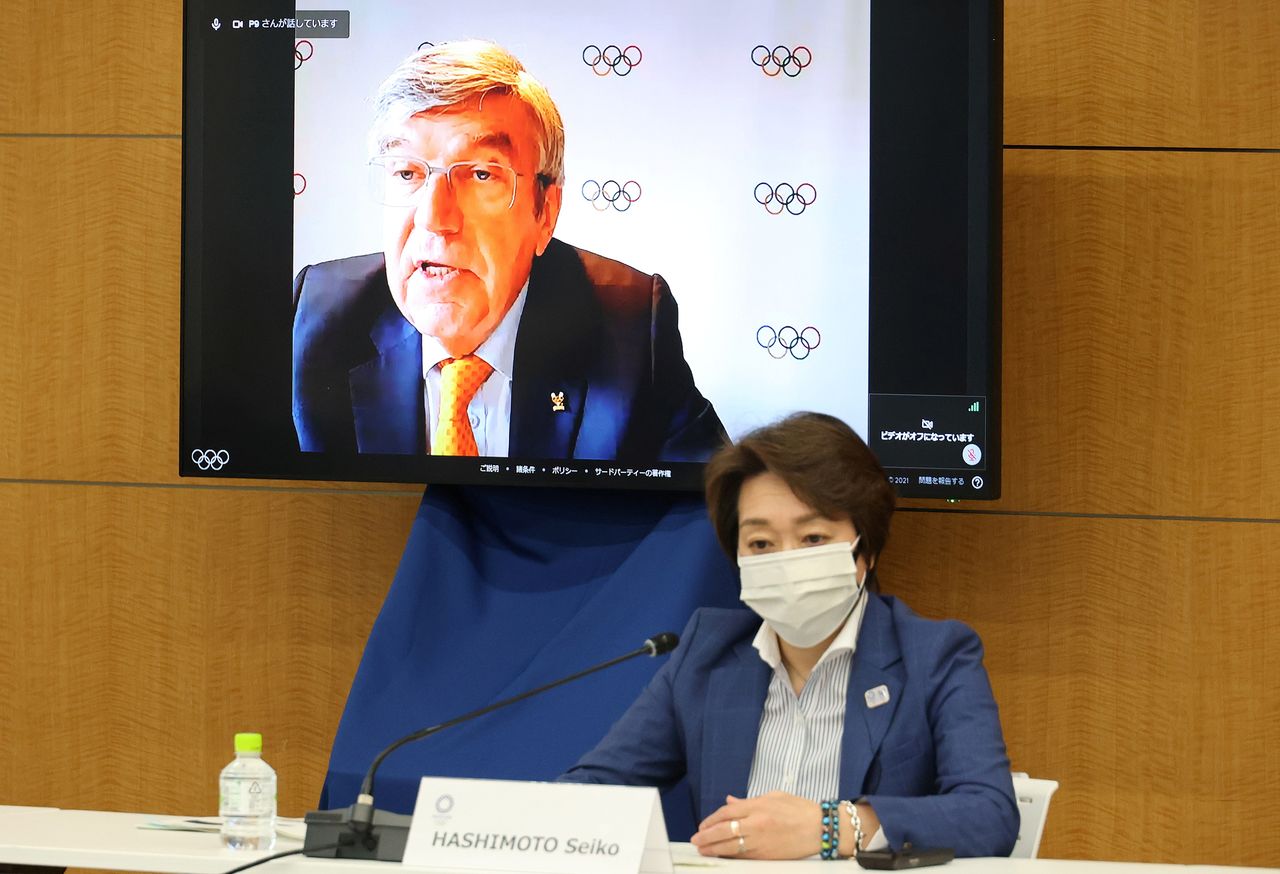 International Olympic Committee (IOC) president Thomas Bach delivers an opening speech on a screen at a meeting of the IOC Coordination Commission for the Tokyo 2020 Olympics, as Tokyo 2020 Olympics Organising Committee President Seiko Hashimoto listens on, in Tokyo, Japan, May 19, 2021. Yoshikazu Tsuno/POOL via REUTERS 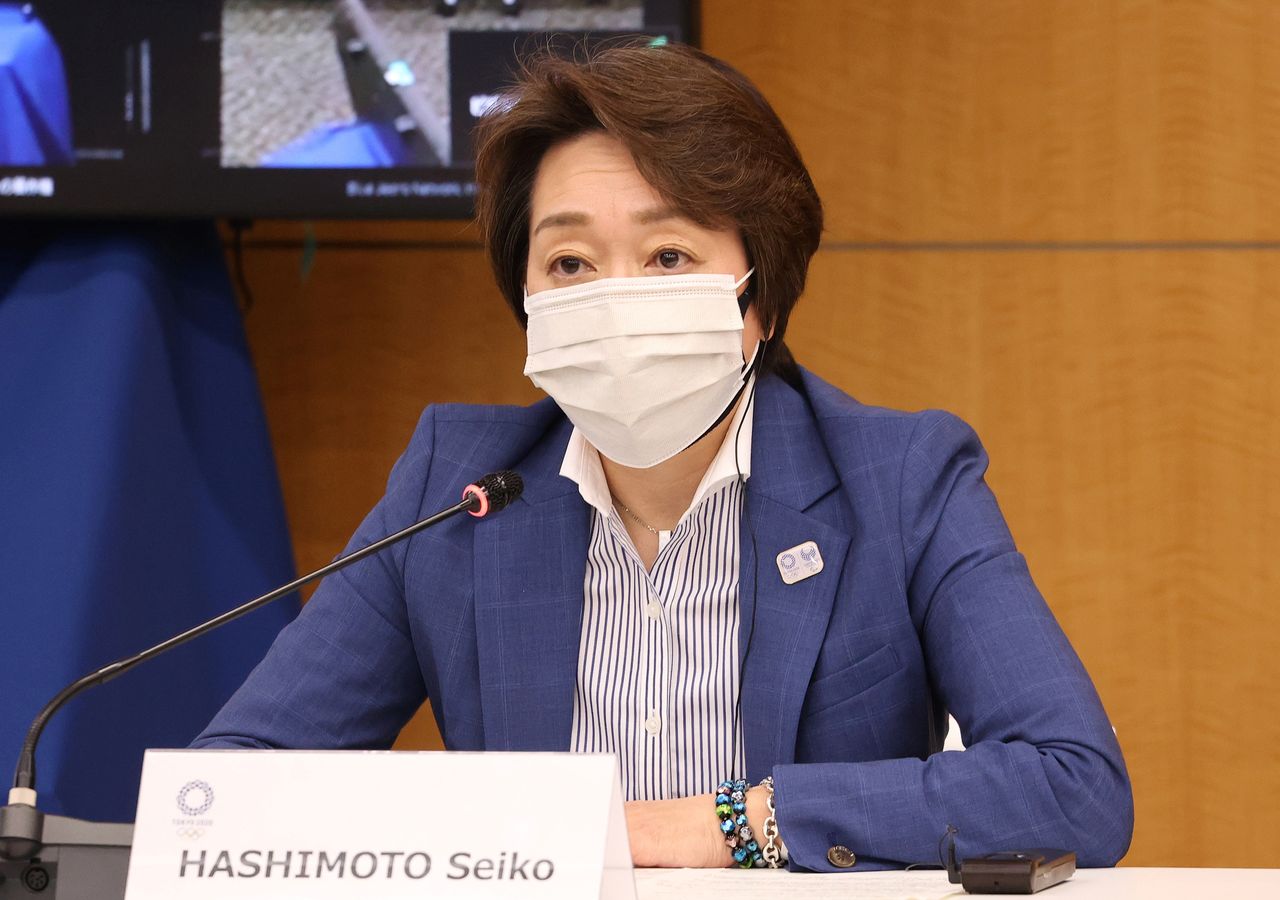 Tokyo 2020 Olympics Organising Committee President Seiko Hashimoto speaks at a meeting of the IOC Coordination Commission for the Tokyo 2020 Olympics, in Tokyo, Japan, May 19, 2021. Yoshikazu Tsuno/POOL via REUTERS 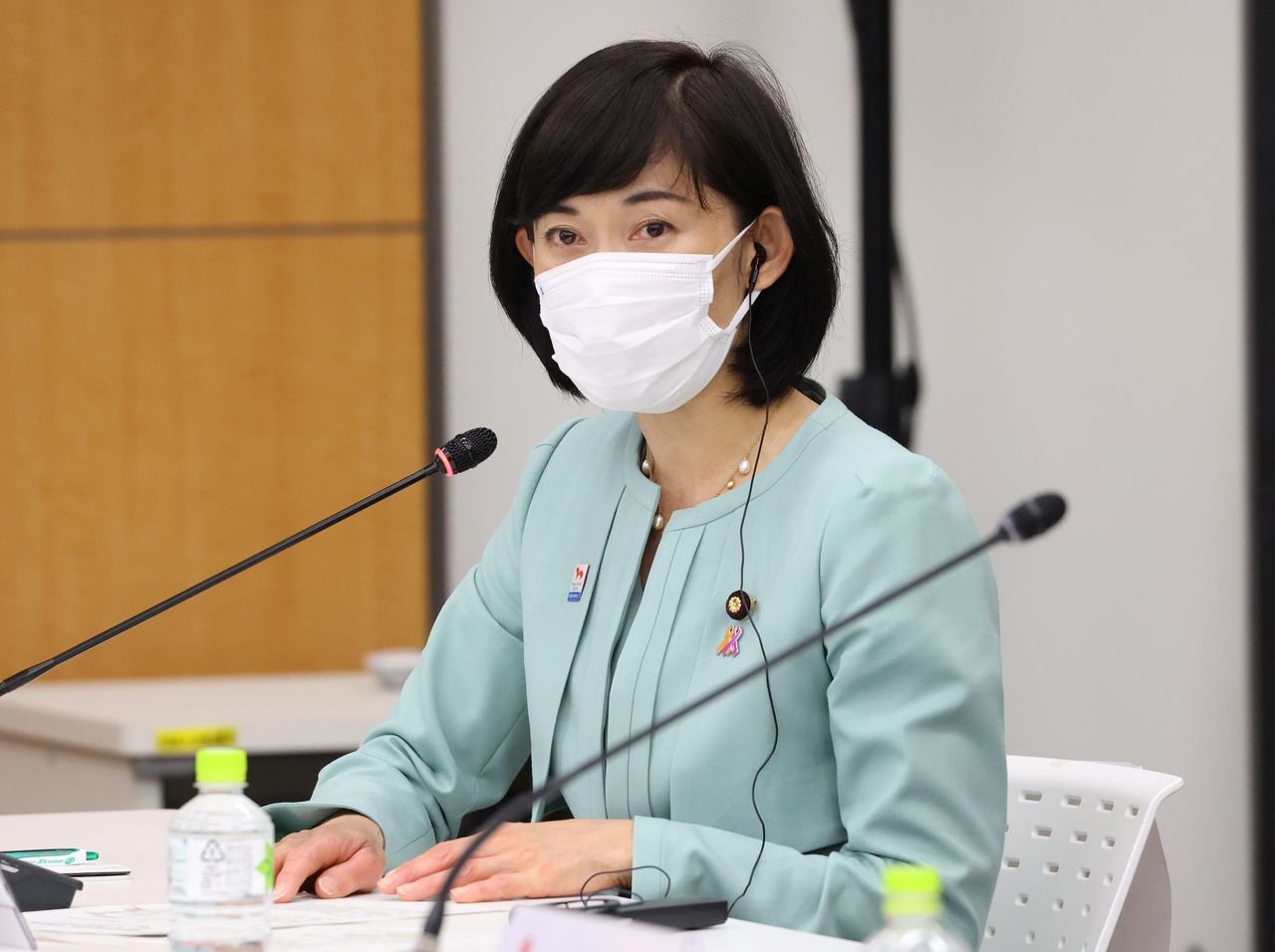 Tokyo Olympic and Paralympic Games Minister Tamayo Marukawa speaks at a meeting of the IOC Coordination Commission for the Tokyo 2020 Olympics, in Tokyo, Japan, May 19, 2021. Yoshikazu Tsuno/POOL via REUTERS