SEOUL (Reuters) - North Korean defectors and activists urged Joe Biden to ramp up pressure on North Korea over human rights as South Korean President Moon Jae-in headed to Washington on Wednesday for his first summit with the U.S. president.

Moon is scheduled to arrive in Washington on Thursday for a four-day stay, which will include a series of summits with Biden and congressional leaders, as well as a visit to SK Innovation's battery plant in Georgia.

Moon wants to use the summit to highlight the urgency of returning to long-stalled denuclearisation talks between the United States and North Korea, which has weighed on inter-Korean ties.

In what critics called an effort to improve relations with the North, Moon's government this year introduced a law banning defectors and activists from launching anti-Pyongyang leaflets into the reclusive country.

Activists and defectors called for Biden to swiftly appoint a special envoy on North Korean human rights and to stand up for their freedom of speech in South Korea.

"We have evidence that North Koreans are waiting for those leaflets to get to them, and that the North Korean regime is in fear of loose leaflets getting to the people," said Park Sang-hak, who was investigated by police last week on charges of breaching the ban.

Activists had for decades sent the leaflets, alongside food, medicine, $1 bills, mini radios and USB sticks containing South Korean news and dramas, to raise awareness among ordinary North Koreans over what they call the regime's tyranny and human rights.

Pyongyang has long denounced the practice, and urged Moon to stop it or face the "worst phase" of relations.

Shin Hee-seok, a legal analyst at the Seoul-based Transitional Justice Working Group, called for Biden to raise the issue with Moon and at the United Nations, which he said would send a strong message to North Korean leader Kim Jong Un.

"It'd be very helpful if the Biden administration actually comes out and says that such measures are not really helpful for inter-Korean negotiations," Shin said. "Perhaps it might actually provide a very strong impetus for the Moon government to reconsider many of its policies as well." 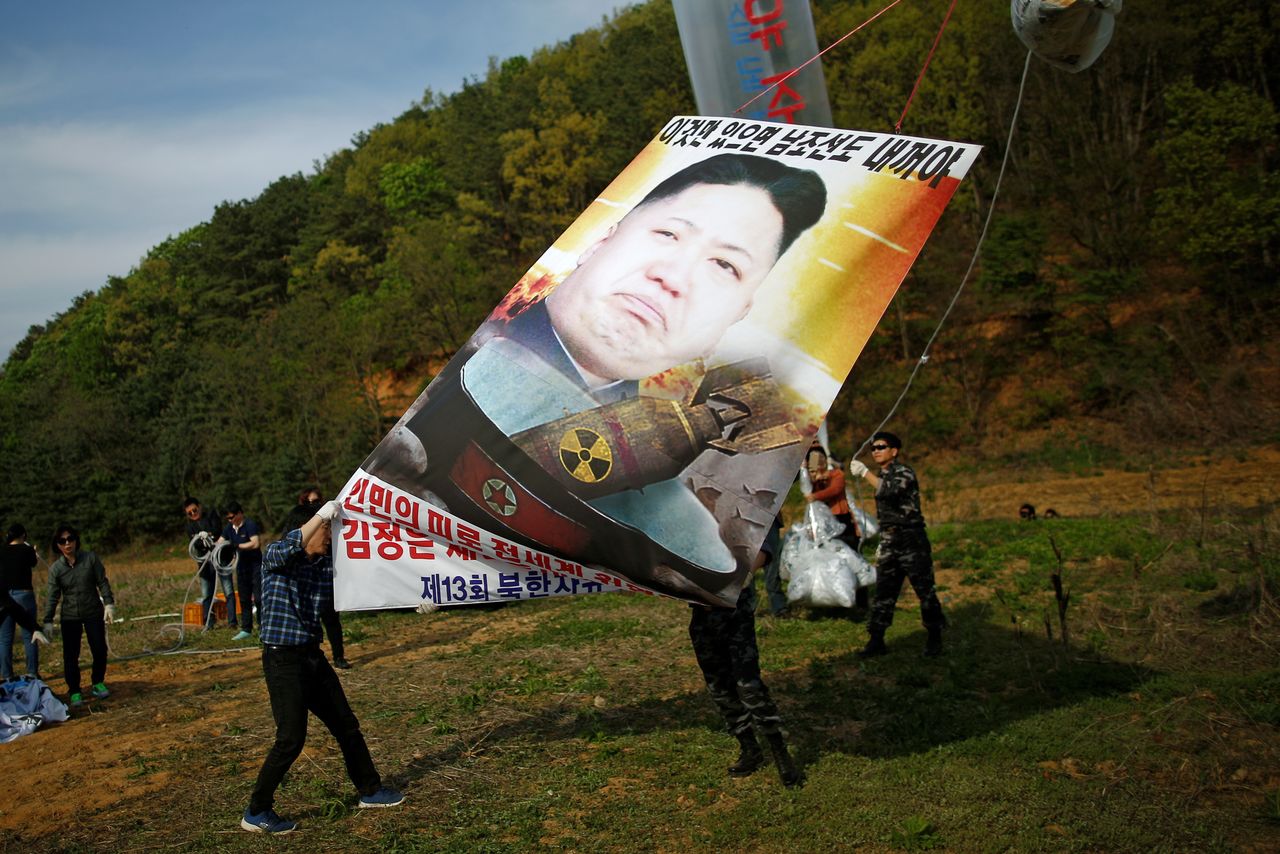 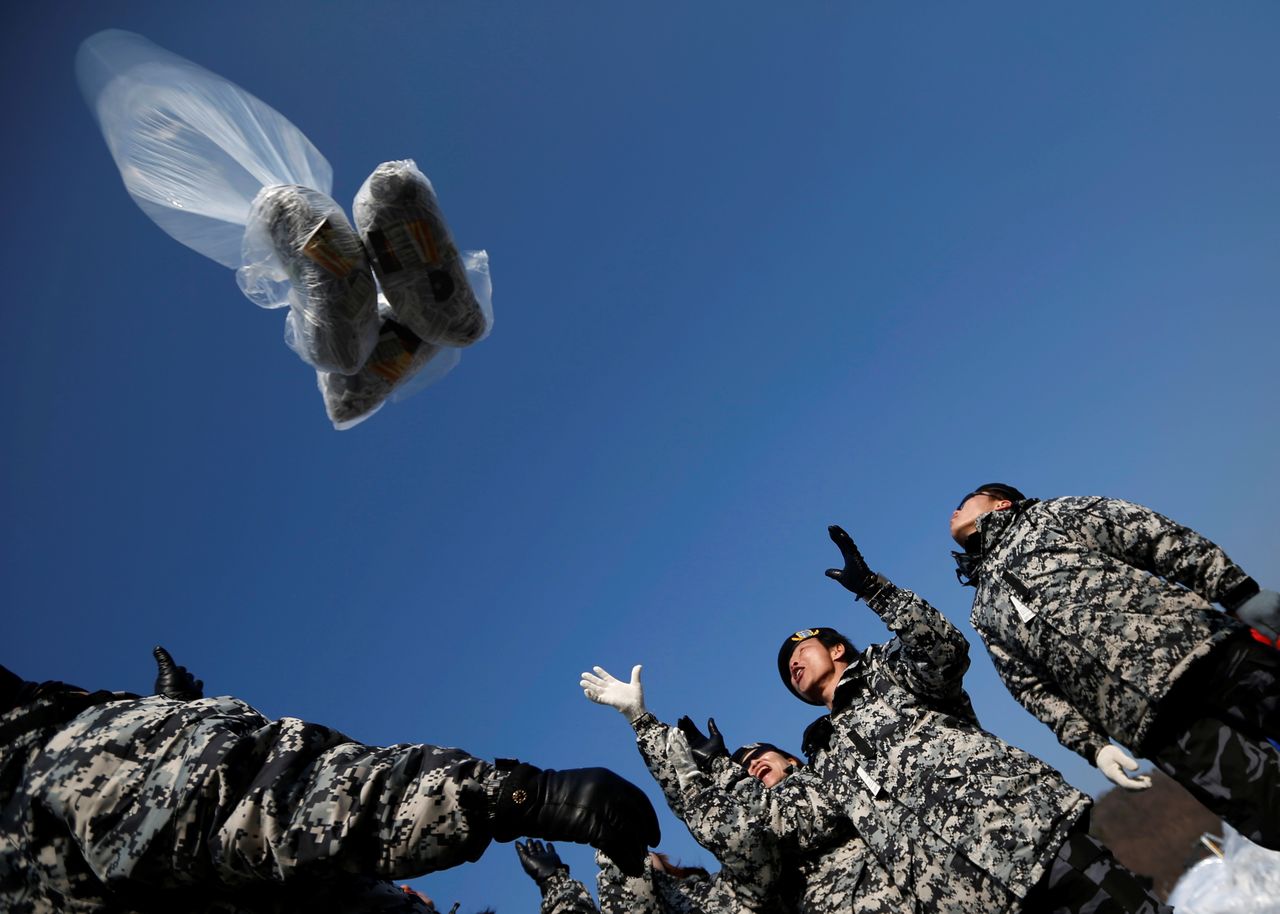 FILE PHOTO: Former North Korean defectors who were soldiers when they lived in North Korea release a balloon containing one dollar banknotes, radios, CD and leaflets denouncing the North Korean regime towards the north near the demilitarized zone which separates the two Koreas, in Paju, north of Seoul January 15, 2014. REUTERS/Kim Hong-Ji/File Photo 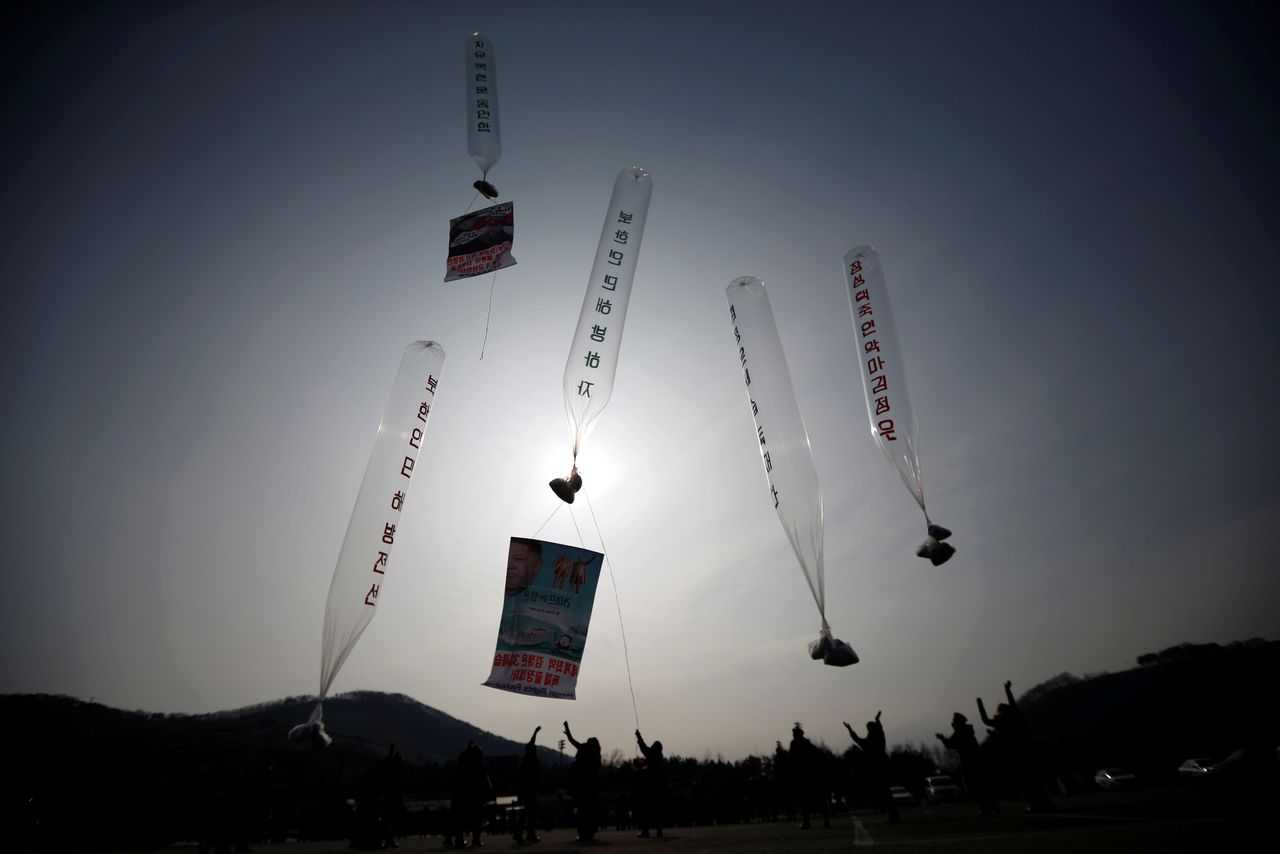