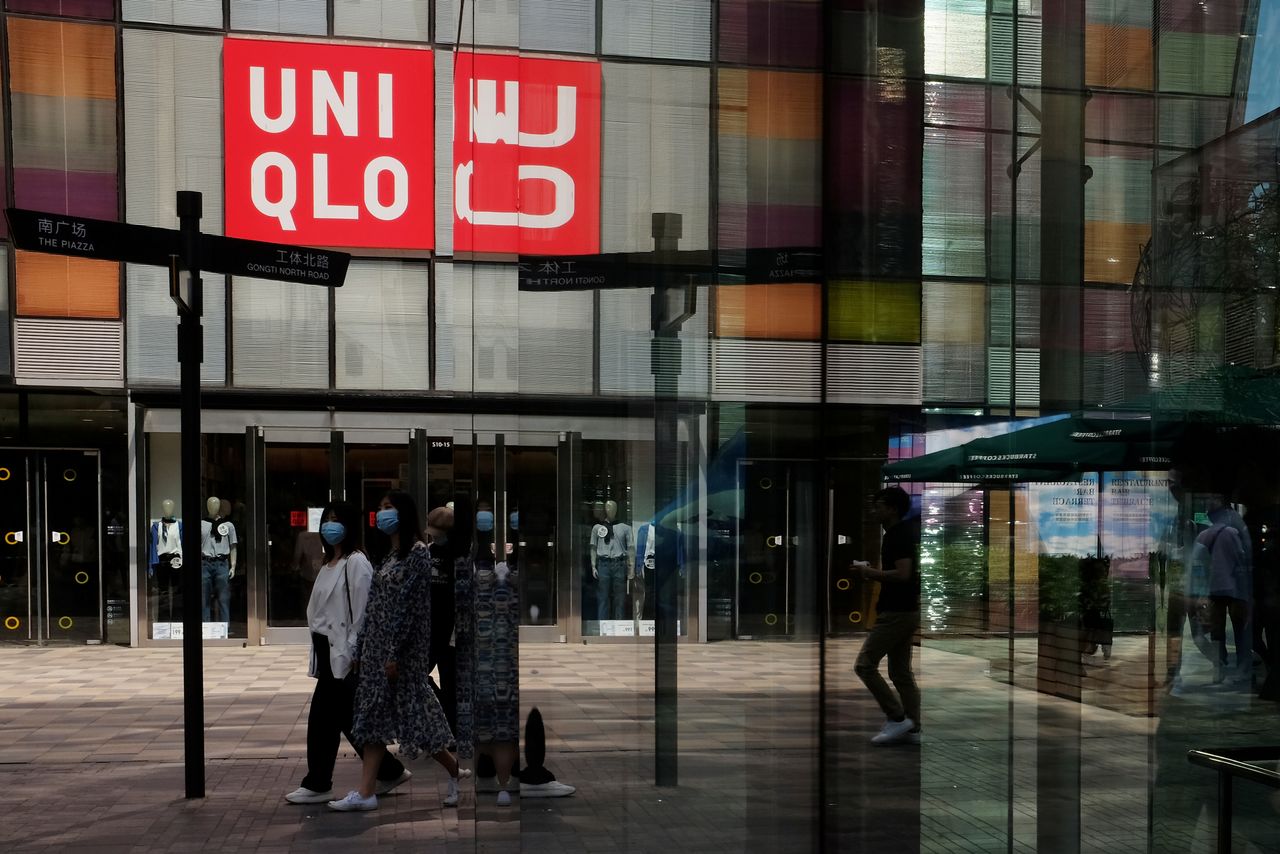 TOKYO (Reuters) -Fast Retailing Co Ltd's Uniqlo brand shirts were blocked at the United States border in January on concerns they violated a ban on cotton products produced in the Xinjiang region of China, where there have been reports of forced labour.

A U.S. Customs document dated May 10 said a shipment of Uniqlo men's shirts was impounded on Jan. 5 at the Port of Los Angeles due to a suspected violation of the ban. The document said a protest filed by Uniqlo's parent company was denied.

Fast Retailing said it was disappointed by the U.S. Customs ruling.

"Uniqlo has strong mechanisms in place to identify any potential violations of human and worker rights," the company said in a statement to Reuters. "All Uniqlo items use only cotton that originates from sustainable sources."

China's foreign ministry spokesman Zhao Lijian said that Xinjiang has no forced labour and the U.S. is using "bullying" tactics.

"Relevant companies should clearly stand up and oppose these irrational acts by the U.S.," he said, speaking at a regular news briefing in Beijing on Wednesday.