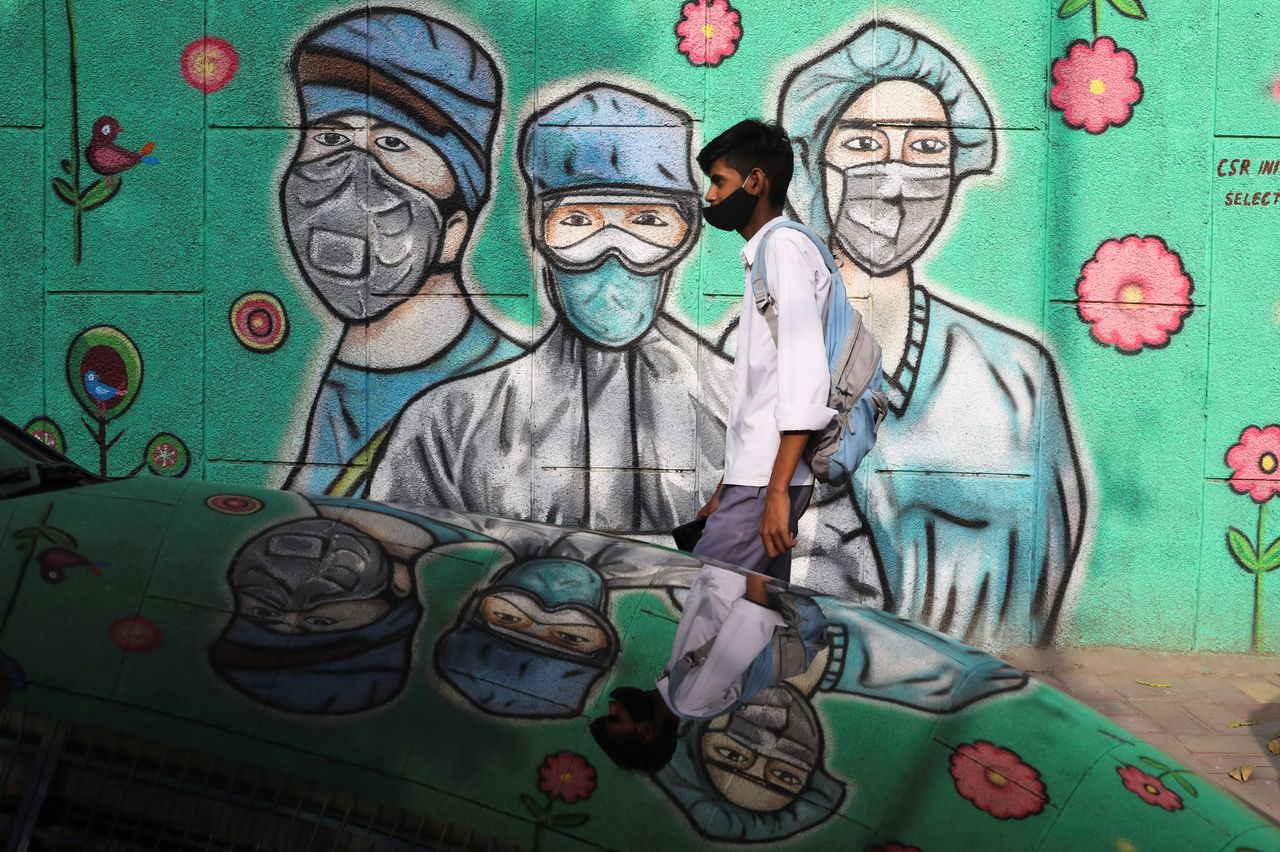 FILE PHOTO: A boy walks past a graffiti amidst the spread of the coronavirus disease (COVID-19) on a street in New Delhi, India, March 22, 2021. REUTERS/Anushree Fadnavis

SINGAPORE (Reuters) - The Singapore and Indian governments berated a senior Indian opposition politician on Wednesday for fanning a coronavirus scare between their countries, saying his comments were not based on facts and were "irresponsible".

Delhi Chief Minister Arvind Kejriwal outraged Singapore in a Twitter post a day earlier in which he said a new form of the virus that was particularly harmful to children had come to the city-state, and urged a ban on flights, though there is currently little air travel between the countries due to the pandemic.

"Politicians should stick to facts! There is no 'Singapore variant'," Singapore foreign minister Vivian Balakrishnan said in a social media post on Wednesday.

His ministry issued a statement saying it "is disappointed that a prominent political figure had failed to ascertain the facts before making such claims."

Kejriwal's comments came after Singapore cautioned on Sunday that new variants, such as the one first detected in India, were affecting more children and ordered most schools to shut to contain a recent surge in new cases.

"Irresponsible comments from those who should know better can damage long-standing partnerships. So, let me clarify- Delhi CM does not speak for India."

He said Singapore and India have been solid partners in the fight against COVID-19 and India was grateful for its role as a logistics hub and supplier of medical oxygen that India has badly needed during the second wave.

After months of keeping the virus under control, Singapore has reported in recent weeks a rise in COVID-19 cases. The B1617 variant, which was first detected in India, was prevalent in many of the cases, prompting Singapore to ban visitors from India since late-April.

(Reporting by Aradhana Aravindan in Singapore and Sanjeev Miglani in New Delhi; Editing by Miyoung Kim and Simon Cameron-Moore)