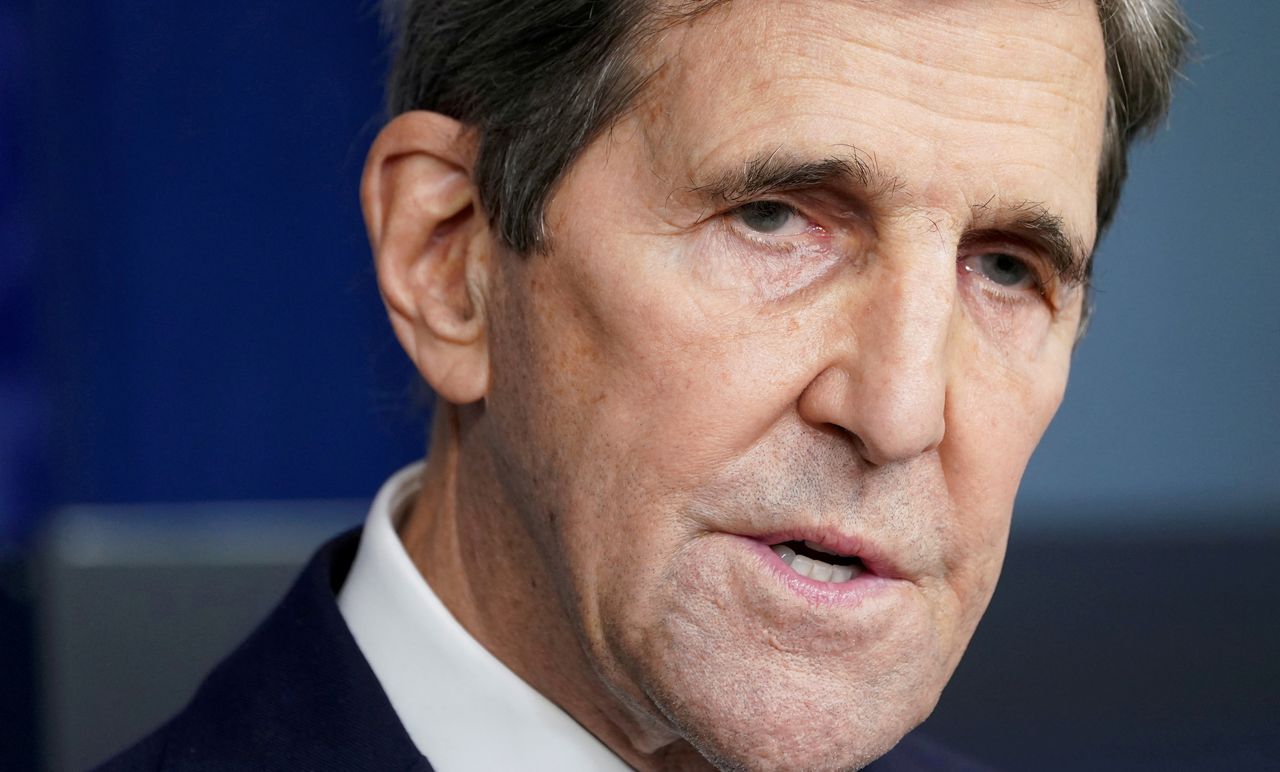 DUBLIN (Reuters) - U.S. climate envoy John Kerry on Wednesday urged countries that have not yet set how they plan to limit global warming to 1.5 degrees Celsius, particularly those in Asia, to join the United States and others in doing so.

The United States the world's second-biggest emitter after China, has pledged to slash greenhouse gas emissions by 50%-52% by 2030 as it seeks to reclaim global leadership in the fight against global warming under President Joe Biden.

Enhanced commitments from Japan and Canada last month at a summit organised by Biden, together with prior targets from the European Union and Britain, meant 55% of the world's economies had publicly committed to actions to achieve the 1.5 degrees Celsius above pre-industrial times goal, Kerry said.

"Obviously that means we still need the other 45%, especially in Asia," Kerry said in a video message at an Irish virtual climate conference.

Kerry said government action alone was not going to resolve the crisis and described the trillions of dollars in private capital needed to transform economies as "literally the greatest market opportunity since the industrial revolution".

"Though the threat from the climate crisis is an existential one, I think there is still reason to be optimistic. We have proven historically that when we want to, we can come together and mobilise our societies in order to do what we need to do," he said.