No pain, no gain for big funds hunting the next Tesla

(Reuters) - Place your bets! The race to find the next Tesla is on but the search is turning up plenty of clunkers as well as potential superstars.

Fidelity Investments, BlackRock Inc, T. Rowe Price Group Inc and Scotland's Baillie Gifford are among the fund houses helping to bankroll the shift from fossil-fueled transportation with investments in one or more of 32 electric vehicle industry companies which they believe will be long-term winners in the electrification movement.

In the short-term, there have been some bumps in the road.

In just three weeks, from late April to mid-May, the combined value of those 32 companies has slid more than $200 billion to $810 billion, according to data compiled by Reuters and investor website Pitchbook, with Tesla, the world's most valuable automaker, accounting for three-quarters of the drop. (Graphic: Short-term losses on EV investments<br> Short-term losses on EV investments<br>, https://graphics.reuters.com/AUTOS-ELECTRICCARS/INVESTORS/gjnvwnkqepw/chart.png)

The steep slide in the EV sector is, for some market observers, a natural progression from the sky-high valuations being doled out in a crowded market to companies, which in some cases have no revenues or even products to sell.

"You are going to see some roadkill," said Evangelos Simoudis, venture investor and author of “Transportation Transformation”.

Of the 32 companies analysed by Reuters, 17 are doing or have done reverse mergers via special purpose acquisition companies (SPACs) often referred to as blank-check companies. Of the remaining 15, six are private with the rest publicly listed. Of the four big fund managers, T. Rowe Price has not invested in any of the EV-related SPACs. (Graphic: Fund managers bankroll electric vehicle surge, https://graphics.reuters.com/AUTOS-ELECTRICCARS/INVESTORS/azgvoxeorpd/chart.png)

The market drop is particularly prevalent among those startups that have gone public through reverse mergers. From late April to mid-May, the market cap of Lordstown Motors plunged 32%, while battery company QuantumScape fell 29% and infrastructure company ChargePoint was down 24%.

Reuters could not quantify the overall impact of the recent slide in electric vehicle company valuations on the individual asset managers as some of the investments are private and it is unclear how much each firm has invested in each.

BlackRock has invested in 22 of the 32 companies, Fidelity in 19, Baillie Gifford in eight and T. Rowe Price in four.

The risk to mom-and-pop investors in mutual funds is somewhat limited, because portfolio managers typically spread their bets across more than 100 companies in a wide array of sectors.

The big houses also parcel out their key investments across a number of their funds. Fidelity, for instance, distributes its Tesla investments to more than 100 of its mutual funds.

"We are looking for companies that are going to compound (in value) over time," said Elliot Mattingly, Fidelity's chief auto analyst and portfolio manager of the Fidelity Select Automotive Portfolio.

Mattingly’s $191 million fund has posted a 102% total return over the past year. The fund’s top holding, though, is auto veteran Toyota, which accounts for 11% of the total portfolio. General Motors, Tesla and Chinese electric carmaker Nio rank second, third and fourth, respectively, fund disclosures show.

With traditional stock-picking funds losing business to cheaper index-tracking players, there is pressure to find stocks that will juice returns.

"These big investors, they're like, 'You know what, I'm going to bet on red, black.' They basically take out one quarter of the roulette wheel and they start putting money around and then they refine it," said Tony Aquila, chief executive of and an early investor in EV startup Canoo.

"It's no different than a sophisticated bettor in Vegas."

An investment from a major fund firm is a huge endorsement for startups with no track record, and executives in the electric vehicle industry say such funds are accelerating the shift from fossil-fueled transportation.

"In categories where you have high innovation and it's an arms race, like with EVs, the BlackRocks and Fidelities are playing a very important role (in) stimulating innovation," said Aquila.

A new route for institutional investors, which have seen both traditional investment opportunities and returns dwindle as the number of public companies has shrunk, is the PIPE, or private investment in public equities (PIPE).

Backers of so-called SPACs or blank-check companies -- listed shell companies that raise money to acquire private businesses -- started offering private investments to big investors, typically at a discount, last year as a way to get them into startups ahead of their public offerings.

Buying into a company via a SPAC can be riskier because SPACs have greater latitude than companies doing a traditional IPO to make growth projections that may not materialise.

The Reuters analysis of investment data compiled by PitchBook shows a cadre of 17 EV-related startups has raised more than $9 billion in private investments backed by one or more of the big asset managers.

BlackRock declined to comment for this story but it has been vocal about the transition to a more sustainable world presenting "a historic investment opportunity."

Baltimore-based T.Rowe Price has steered clear of offers from blank-check sponsors in the EV space, preferring instead to invest in companies with a path to going public within two to three years, giving it time to get acquainted with their strategies and have some influence on their boards.

"We don't like to spray and pray," said Joe Fath, portfolio manager of the T. Rowe Price Growth Stock Fund. "Some investors spread bullets in a lot of different places. We do deep industry and company-specific research (and) selectively bet on firms that we think will be durable winners."

Fath is a board observer at Rivian where T. Rowe Price has led the last three private investment rounds. Rivian's valuation continues to climb — from about $6 billion in early 2019 to an estimated $27.6 billion after the most recent raise in January 2021.

Baillie Gifford, a 113-year-old fund firm whose early bet on Tesla has helped it outflank peers, is active as a pre- and post-IPO investor in several well-known EV makers.

The firm, with around $450 billion in assets under management, has a strategy of investing in companies that it expects to grow dramatically.

The firm's investment in Chinese EV and battery maker BYD, which is also backed by Warren Buffett, has shed 13% of its value from late April to mid-May. Baillie Gifford's shares in newly public ChargePoint have dropped 24% over the same period. 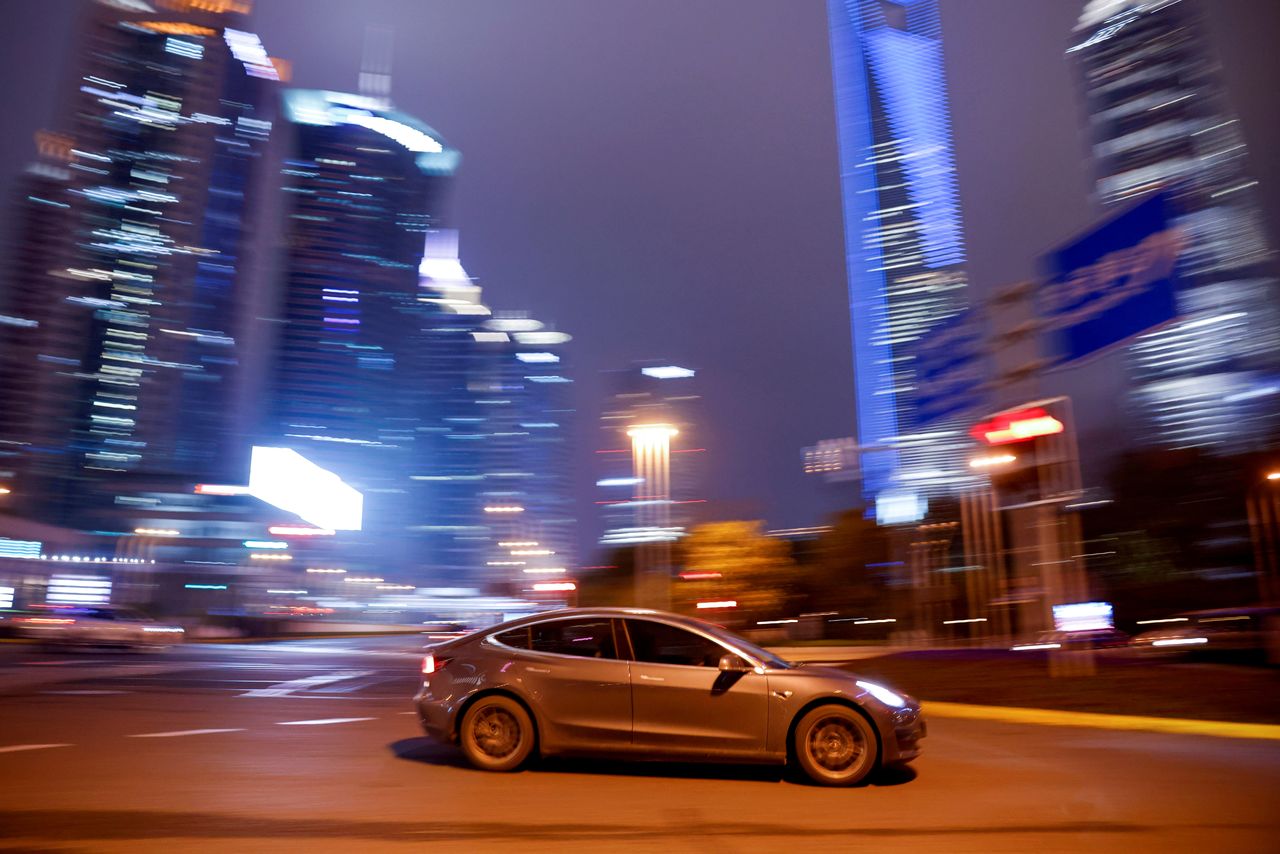 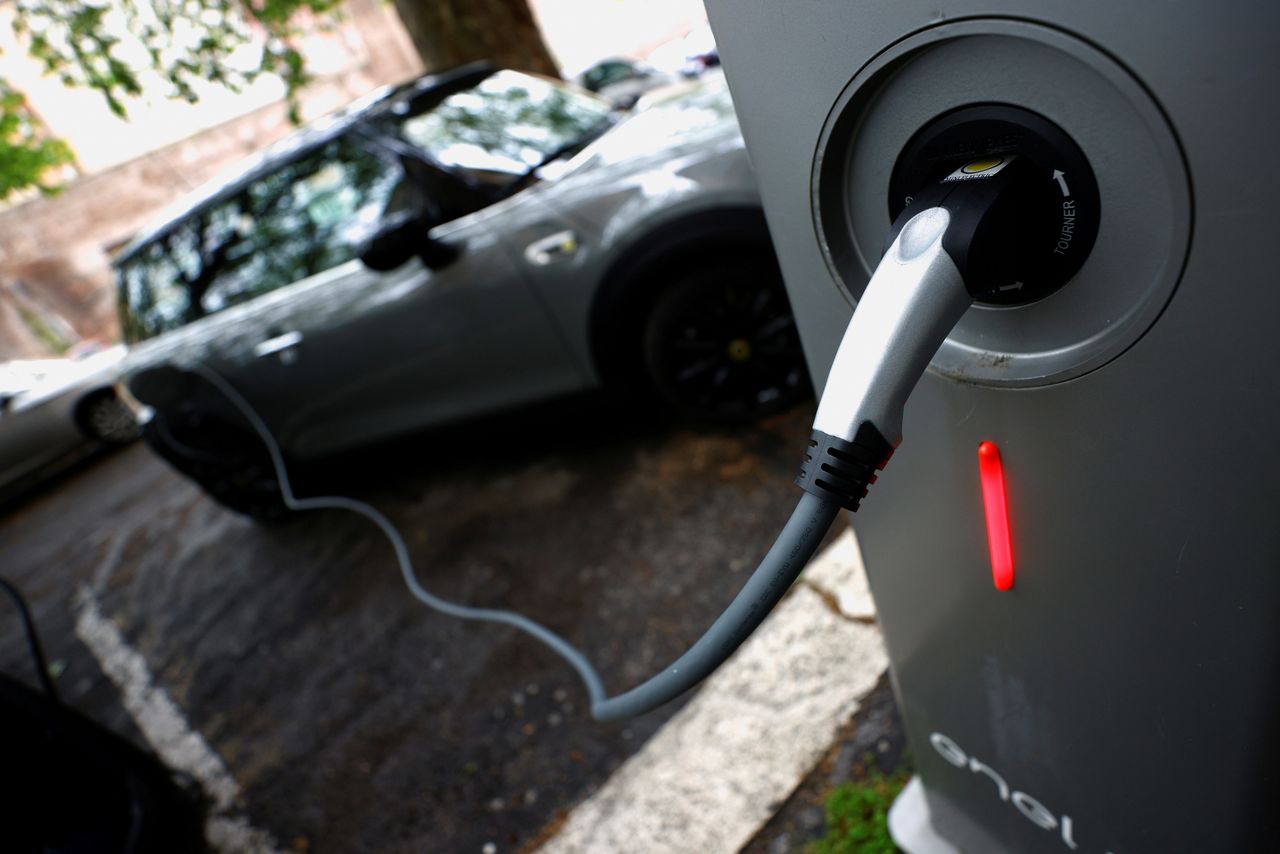 FILE PHOTO: An electric car is seen plugged in at a charging point for electric vehicles in Rome, Italy, April 28, 2021. REUTERS/Guglielmo Mangiapane 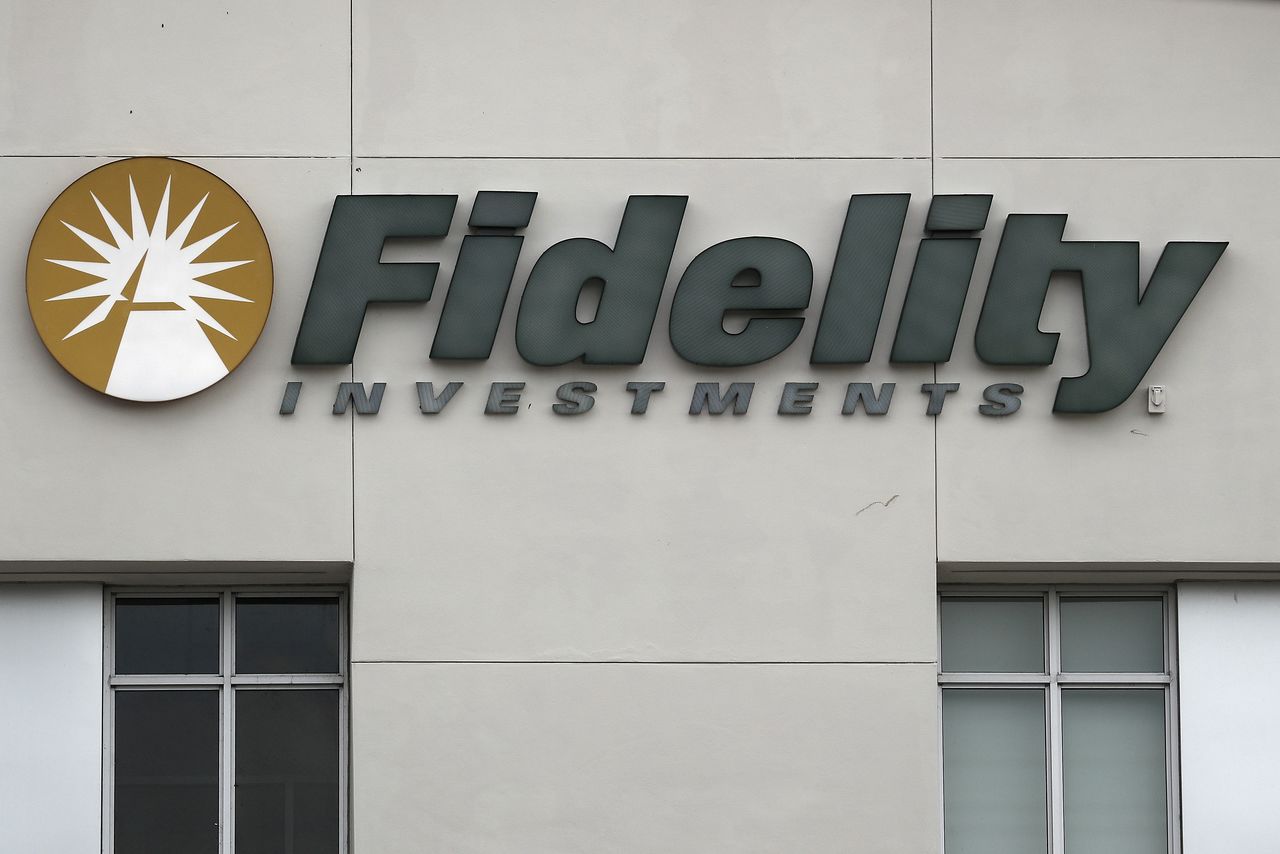 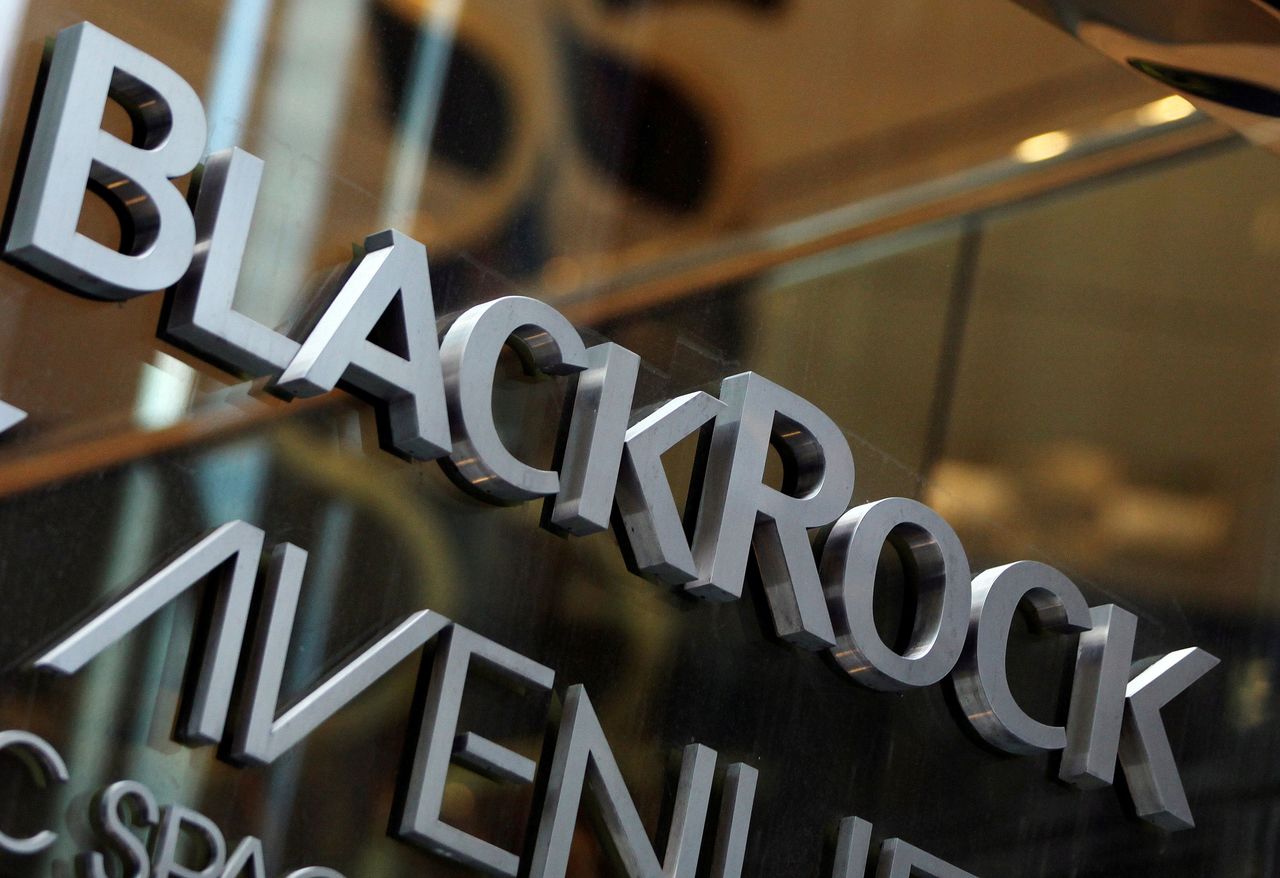 The BlackRock logo is seen outside of its offices in New York January 18, 2012. B REUTERS/Shannon Stapleton 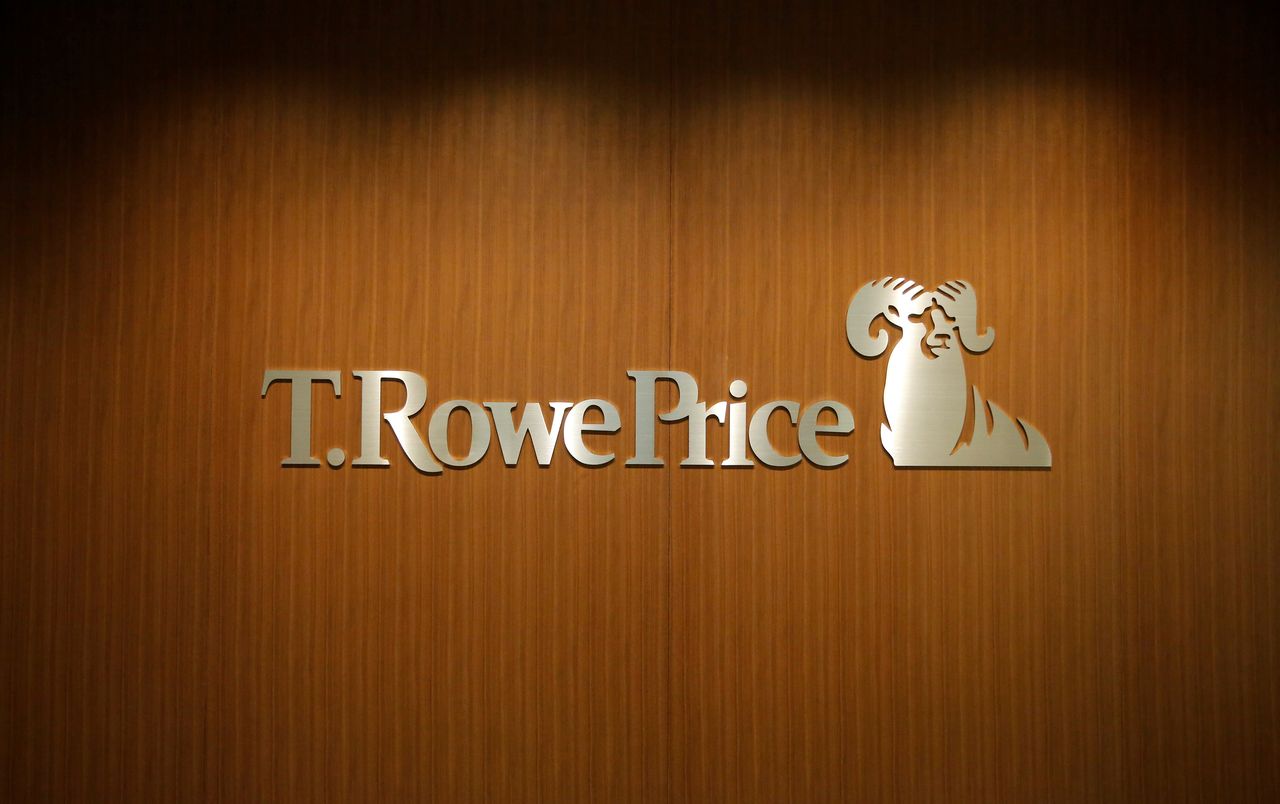 The logo of T. Rowe Price Group is pictured at its office in Tokyo, Japan, January 13, 2017. REUTERS/Toru Hanai